Aussie resellers cash in as POS goes cloud and mobile 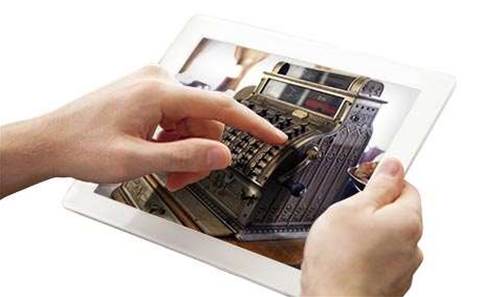 That clunky old cash register just doesn’t cut it any more. Retailers have been hit by an avalanche of technology, driven by the trends in mobile, analytics, CRM and the ‘internet of things’.

Whether using iPads as tills, changing prices with RFID chips or scanners linking to loyalty schemes, retailers want the latest to give their customers a more special shopping experience.

Point of sale may not have been an obvious use when Apple launched the iPad in 2010, but it has emerged as a major rival to the venerable electro-mechanical cash register. Cloud apps for small retailers are driving iPad usage in-store.

MYOB grabbed a stake of this business when it bought a small share in POS software vendor Kounta last year, rebadging it as MYOB Kounta to replace MYOB Retail Manager.  Kounta recently announced that it was taking on the US market, a battle it will fight alongside Kiwi startup Vend, which hitched its wagon to the Xero roadtrain.

Kounta costs $50 per register per month and hopes to take on the incumbents Micros and NCR. It will also come up against cloud apps by Square and Revel POS; the latter recently integrated with Intuit QuickBooks, the accounting software giant that has more than 80 percent market share in the US.

Retailers may see little difference between all these apps, but Jason Seed, North America president of Kounta, accuses rivals of double dipping.

Square and (recent entry) Groupon “have ulterior motives to get you on to a specific payment provider or service, which they obviously earn money from. They are far from being open, and this lock-in is dangerous for small business owners,” Seed said in a press release.

“There are 1.5 million POS machines running Windows XP in the US. They’re vulnerable, slow and inefficient. We’re a true competitor to the legacy systems, and we’re here to shake this market up,” Seed said.

While the startups talk the good talk on opportunity, the reality is that iPad-based systems running directly from the browser can struggle in high-throughput environments. It’s unlikely that iPads will pop up at a Coles checkout.

Australian vendor Task Retail Technology builds POS systems for enterprises. While the database resides in the cloud and can be operated on an iPad, the software is built for multi-site retailers looking for stability and reliability.

The POS system can run on a local machine at the store level in what national sales manager Owen Scott calls “cloud with a storm shelter”.

“It’s very difficult to get the complexity at the app level to sell chicken burgers,” Scott says. Fast food franchises may look like simple operations but the technology requirement is anything but. A POS to sell a chicken burger might require inventory, ordering for drive-through, staff rostering and integrated digital media.

Task Retail is a single, end-to-end business system that handles all of the above, plus procurement, purchasing, labour management and inventory control. It’s the opposite of the API approach being touted by the likes of MuleSoft (more on that in a moment).

Task’s system can connect to digital menu boards and promotional panels in-store as well as loyalty programs on smartphone apps.

Task Retail is also looking at the US market where the size of the players almost requires them to use individual apps for each area.

Despite the predominance of multiple systems, Task Retail has picked up several large enterprise customers in the US that are currently rolling out its software.

“The more control you have under one database, the less breakpoints and the more efficiencies you can apply,” Scott says.