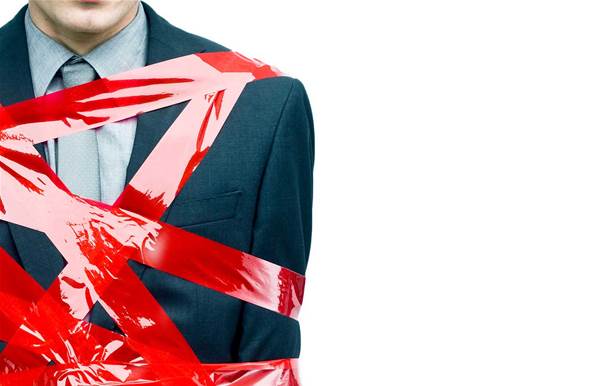 The Australian Consumer Law (ACL) came into effect in 2012 and, by  standardising state-based Fair Trading Acts, gave consumers more certainty about how to get satisfaction for defective goods. But the new law didn’t offer much to technology retailers, who wear the cost of returns  because many offshore manufacturers don’t have a local presence.

ACL is especially relevant to Australia’s IT retailers, with the ‘electrical, electronic and gas retailing’ sector receiving the third-highest number of complaints in 2016-17, according to the Australian Competition and Consumer Commission.

Several high-profile cases have made it to the courts, involving international technology vendors such as Apple and LG as well as local resellers like MSY. Both manufacturers and retailers have obligations to consumers under ACL to supply goods that are of acceptable quality, says ACCC chair Rod Sims.

“This is a perennial issue for the ACCC but it seems a case of two steps forward and one back each time we prioritise it.”

Determining exactly what protections consumers are entitled to, beyond the manufacturer’s warranty, is the most difficult part for Australian retailers trying to comply with ACL, says William Kartawidjaja, founder and director of retailer Scorptec Computers.

“Consumer law needs to be less ambiguous,” he says.  “The law clearly states that the retailer’s responsibility doesn’t end when the manufacturer’s warranty expires but, beyond this, the law doesn’t tell retailers exactly what is expected of us.

“Instead, the consumer guarantee period says that a product should work without fault for as long as a reasonable person would expect – so if it goes to court, then the judge is expected to decide how many years that computer should have lasted, and of course every judge can see it differently.”

The law’s concept of “minor” and “major” flaws is also open to broad interpretation when it comes to complex devices like computers. For example, a failed component such as a hard drive or graphics card could be judged as a major flaw which entitles the customer to a full refund on an entire computer.

This ambiguity means that, more and more, customers try to “push their luck”, Kartawidjaja says.

“Of course I am a customer too and I like the fact that I still have options when a product I’ve bought dies after 12 months, but we’ve seen the number of returns grow,” he says. “Some customers just keep pushing and hope we’ll back down, as dealing with this chews up a lot of time and effort for us.

“If customers don’t get what they want they threaten to write bad things about us in the forums, that’s a common theme, “ he says, “so if we don’t back down we’re automatically judged as guilty.”

Along with a clearer definition of the consumer guarantee period, Kartawidjaja would also like to see stronger support for pro rata refunds for older products.

“It’s a very difficult conversation to have with a customer when they’re pushing for all they can get,” he says.

“If a product dies in the third year or beyond, perhaps that customer shouldn’t automatically be entitled to a full refund but instead a percentage.”

Holding offshore manufacturers to account beyond their warranty period is challenging, especially because some foreign manufacturers don’t feel obliged to abide by Australian law as their local consumer laws tend to be less onerous on manufacturers.

“In Asia specifically, it is a common understanding that when you buy something – as soon as you paid for it and walked out the door – then you’re on your own,” Kartawidjaja says.

“Thankfully Scorptec is buying genuine products through manufacturer-authorised distributors, so all remedy options, including providing credit, repair or replace are followed with the Australian laws. We do not have any experience that required ACCC involvement or enforcement to the manufacturer.”

The tyranny of distance also means that relying on offshore manufacturers presents a major challenge for Australian retailers when customers  expect timely remedies for . National retailers may have the clout to negotiate favourable contracts with suppliers and vendors, making it easier for them to keep customers happy and abide by consumer law. Not so with smaller players, which are often forced to shoulder the responsibility in order to protect their reputation with customers.

It is a “constant challenge” to keep vendors and suppliers in line with customers’ expectations, says Mwave Australia chief operating officer Patrick Managreve.

While a vendor may consider four weeks a reasonable time frame to repair a product, it’s not considered reasonable by a consumer who expects it back within the week, Managreve says.

“If time frames are too long or the remedy is not appropriate for the claim then the reseller generally bears the cost, to keep a satisfied customer, and then deals with the vendor or the item in due course,” he says.

“At times the vendor and suppliers do not consider these matters urgent, as they are far disconnected from the customers’ claims and complaints, believing it’s the reseller’s problem and not theirs.”

While ACL does not apply to channel players such as distributors and wholesalers, they can still play a role in easing the burden on retailers.

Buying group Leading Edge Group doesn’t just assist retailers with the logistics of dealing with the channel, it also uses its leverage to help retailers strike more favourable agreements that assist them in complying with Australian Consumer Law.

Australia’s consumer protection laws put a lot of pressure on retailers, particularly in markets like IT where margins are being squeezed, says Leading Edge Group in-house legal counsel Phil McLeod.

Retailers are caught in the difficult position of trying to protect consumer goodwill while still running a profitable small business, and McLeod says the cost of meeting consumer claims can dramatically impact on that profitability – especially if retailers are expected to cover the freight costs for returning goods to the manufacturer.

At the same time, the ambiguity of the consumer guarantee period has seen some suppliers decide not to offer extended warranty insurance cover, due to uncertainty about its enforceability and the potential to breach consumer laws.

“Now that’s not to say that the laws aren’t fair,” McLeod says, “it’s just that the way they are cast at the moment means that consumers have a lot of opportunity to push back on retailers, whereas retailers don’t have such power to push back on manufacturers.”

“In some areas you see the ACCC step in and say to an offshore multinational ‘you’re doing business in Australia, so you’re party to this problem and we’ll take you to court’,” McLeod says.