Australian broadband is just not ready for Apple TV 4K 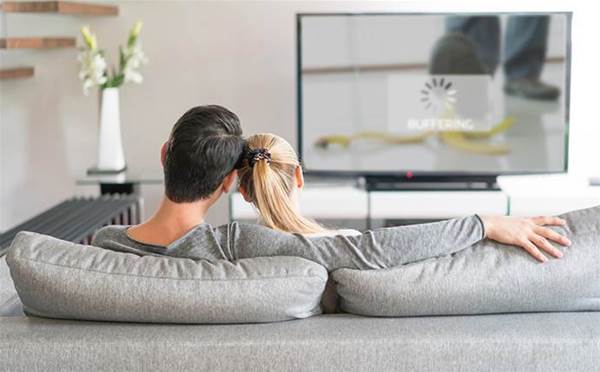 COMMENT  |  There’s a phrase with which I have become familiar in recent times, and with which I believe many more people will become familiar quite soon. It is “Ready to play in 1 hour and 8 minutes. To start playback sooner for future purchases and downloads, go to Settings and choose a lower resolution.”

Obviously the waiting time can vary. Sometimes it is less than an hour and eight minutes, sometimes it is much more. The rest of it is verbatim, and it is burned into my brain by frequent exposure.

It is the message that comes up when my Apple TV, connected to Telstra cable on the fastest consumer plan available, cannot download a movie or TV show fast enough to stream it straight away. This doesn’t happen every time, but it happens enough to seem repetitive. My children can also recite it like the world’s most boring mantra.

Of course, I could go to Settings and choose a lower resolution. But then what would be the point of my “full HD” TV capable of displaying 1080p pictures — the best you could get, seemingly not that long ago — and did I mention I had the fastest consumer cable internet plan Telstra sells? I may as well have stuck to my old CRT and VHS.

The warning about selecting a lower resolution if you don’t want to wait leapt unbidden to my mind during last month’s Apple event, at which so many nifty doo-dads were unveiled. Among the doo-dads that got perhaps less attention than others was the Apple TV 4K, a model of Apple’s set-top box “hobby” that can display content designed for the very latest consumer TV sets (at least until 8K ones come along in the next couple of years). The very interesting bit was that Australia, land of the NBN, was announced as among the first territories in which it would be available.

Australia is ranked #54 on Speedtest’s Global Speed Index for fixed broadband. Kazakhstan is #53. Borat Sagdiyev could download Baz Luhrman’s Australia faster than an average Australian could download Borat. That, quite frankly, is a little bit sad. (As an aside, we are number 7 for mobile broadband. So if you want to download 4K content over mobile, go ahead. It’s your money.)

I can understand Apple jumping on the 4K bandwagon like this. It got a bit burned a few years back when it was selling content on iTunes at 720p resolution and calling that “Full HD”. This time there are other players in the market and it wants to be near the lead.

The reason it stuck with 720p for so long rather than delivering 1080p as soon as it could was sound though: not many people had the TVs and the internet connections to take advantage of the sharper pictures. Apple felt it wiser to deliver content faster than to sacrifice customer experience for bragging rights.

The calculus has clearly shifted. I don’t have numbers in front of me for how many 4K TV sets have been sold in Australia, but anecdotally it’s not huge. Not yet. Not to the point where mobs are taking to the street baying for content. Obviously more will sell as prices come down and people replace the “Full HD” TVs they bought when they were the latest and greatest thing ten minutes ago.

I also don’t have numbers in front of me to say how many Australians have sufficient internet bandwidth to stream 4K content without significant delays. Anecdotally, I don’t think that’s a big number either. And no-one seems to know when it will improve.

The Venn diagram of those two statistics probably has a fair bit of overlap, I imagine. I hope so, anyway.

The people who live in that overlap, with 4K televisions and really fast internet, so far have little more than bragging rights. They will want content to show off their fancy screens, even if they’re not a large enough mob to make a convincing street march. Apple TV 4K is for them.

Outside of that overlap, people who have 4K TVs but slower-than-Kazakhstan internet should take a bit of advice:

“To start playback sooner for future purchases and downloads, go to Settings and choose a lower resolution.”