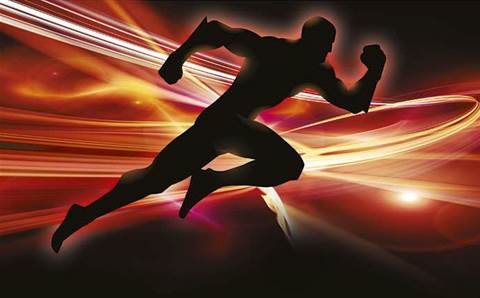 Flash storage is all the rage these days, with seemingly every storage vendor adding an all-flash option – or at least a flash-HDD hybrid option – to its fleet of products.

But with so many options, how to choose between them? CRN spoke to partners of flash and hybrid storage vendors to find out the clear distinctions between the market’s myriad options.

“Two years ago it was a lot more difficult to convince someone to put in all flash,” Bloomfield says. “Now that the price point has come down, why not have fast, reliable access to your data?”

The FlashArray is a scale-up, dual-controller design and Pure makes much of its ability to deduplicate and compress data inline to make the effective capacity of the array much larger than its raw capacity.

The FlashArray line is targeted at VDI- and database‑style workloads that need consistent, low‑latency performance.

Bloomfield notes that solving a storage problem for customers opens up other opportunities for his business. “It gives customers a lot of confidence that we’ve delivered the right solution across the board,” he said, “and that opens up a lot of other areas where we might not have got a look in.”

“Because we’ve recommended a solution that is so valuable to the organisation we then start talking about security and big data and IoT and all those different areas,” he said. 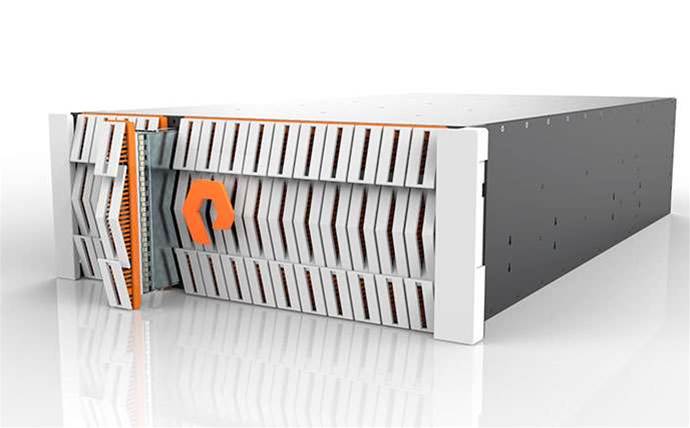 Caleb George, director at Canberra Tintri partner The Business Doctor, values the simplicity of the Tintri offering. “I like set and forget products,” George says. “It gives me happy customers.”

Tintri’s storage is meant for virtual workloads rather than physical servers. It offers all-flash and hybrid arrays, but there are no LUNs or NFS exports. Instead, it connects into server clusters and provides VM-aware storage. This was revolutionary when VMware’s VVOLs was a rumour and, even though VVOLs has made it to market, it’s not that well supported by storage vendors.

The simplicity of Tintri means customers can get on with the job instead of spending time on the storage, which is whyGeorge isn’t bothered by the vendor’s decision to dispense with its Australian presence in July and run out Singapore. “It’s so simple it doesn’t need sales in-country. If you get a proof-of-concept in front of people, they tend to buy it.”

George believes other array vendors struggle against the likes of  VMware’s vSAN or HCI offerings like Nutanix when customers need lower-end performance. “It’s easy to just get some pizza boxes and some SSDs and run VSAN,” he says.

Josh Rubens, cloud and infrastructure solutions partner at Deloitte, has been a long-time Nimble partner. In December 2015 Deloitte acquired his company, Cloud Solutions Group, which was one of the original Nimble partners in Australia about four years ago.

“We were looking for an innovative and differentiating solution to take to market,” Rubens says, “rather than the usual suspects everyone tends to sell.

“Four years ago all-flash was a buzzword, but the economics of going all-flash was beyond most customers and Nimble can deliver flash-like performance from a hybrid array.”

Nimble Storage has been a hybrid storage vendor for some time, but recently added an all-flash line, the AF series, with the familiar Nimble interface that customers love.

“There are no LUNs to manage,” says Rubens. “It’s simple to implement and simple to manage. All the software is bundled in.”

Rubens says Nimble is particularly popular with smaller, under-resourced IT departments that can’t spare a person to become a storage expert. Nimble customers also have a need for performance rather than bulk capacity. “If they need cheap and deep, it’s not a good fit for Nimble,” he said.

Hitachi Data Systems, or HDS, might not be as well-known as other vendors who spend more on marketing, but they have a formidable range of products that are well liked by its channel.

HDS has a hybrid version of its VSP array, the VSP-G, as well as an all-flash version, the VSP-F. There is a specialised all-flash array called the HFS array that, unlike the VSP, cannot take spinning media of any kind.

Abie Gelbart, from Melbourne HDS partner Perfekt, says there hasn’t been a lot of demand for the HFS or VSP-F in Australia. “With most of our customers, they don’t have just one requirement,” Gelbart says. Perfekt caters to the mid-market, and here, customers need a system that can support several workloads at once, rather than having dedicated storage systems for different workloads.

“Most of our customers require multiple functions out of their storage array and they don’t want to buy multiple storage arrays,” Gelbart says. “What they’ve gone for is the hybrid.”

“With the size of customer that we work with, the majority of them aren’t big enough, or don’t have an isolated enough use case, to warrant a flash-only solution.”

Gelbart says the VSP-G hybrid offering provides all the high-end architectural benefits of the VSP platform, but a mix of flash, SAS disk and nearline SAS provides a good balance of price/performance in a single array.

Factfile: What happened to Violin Memory?

Violin Memory was one of the first all-flash storage vendors on the market and the first to IPO, in 2013. Sadly, things haven’t gone so well for the company since, with several shifts in focus and its stock dropping from US$7.50 to under $3 a share at time of writing.

Violin has stayed true to its all-flash roots, concentrating on extremely low-latency performance systems that use its proprietary flash modules rather than commodity SSDs.

Violin doesn’t have much presence in Australia and, again sadly, CRN can’t see a compelling reason to look at it unless you have extreme performance needs. Even then, there’s a risk the company won’t be around to look after you in a year or so unless there are some dramatic changes ahead for it. 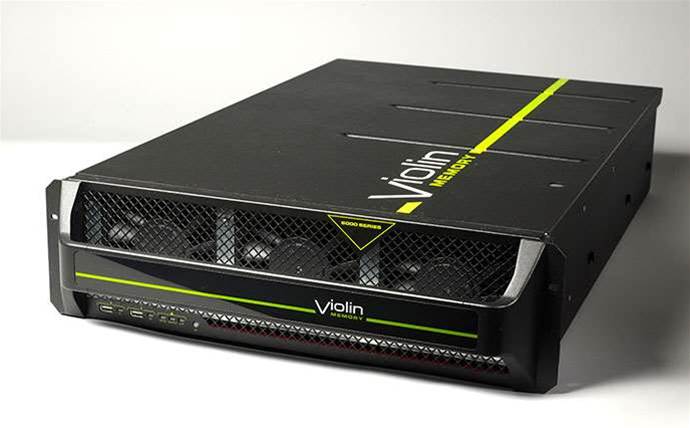 Should you go for an all-flash solution, or is hybrid a better choice? Well, as you might have guessed, it depends.

An all-flash system will be super-fast all the time. You’ll get consistent low latency and better throughput than a traditional spinning-disk system, particularly for random I/O. An all-flash array will also take up a lot less space than a spinning disk system – think 50 terabytes in 3 RU instead of a full rack or two – it will consume a lot less power and won’t be as hot.

But you’ll pay through the nose for all that speed. Raw flash prices are dropping fast as foundries churn out ever-higher density chips and get economies of scale, but flash is still more expensive than spinning disk for the same capacity.

A hybrid system trieds to provide the best of both worlds: flash for performance and spinning disk for capacity, working together to give you speed and space. For a large number of customers the flash layer is more than enough to contain the active working set, while colder data can live on the cheaper storage, bringing the overall cost per IOPS or GB down.

The risk is that your active working set regularly exceeds the flash layer capacity and the system has to regularly fetch data from the slower-spinning disk layer, making latency longer and less predictable. The algorithms and powerful CPUs used in modern systems are much better than you might have seen in older systems, so don’t let poor experiences cloud your judgement here.

If you have a smaller amount of data that needs to absolutely scream, all-flash is a good choice. If you need a lot of space but want some speed benefits, hybrid is the go. If you’re not sure, an all-flash array will give you insurance against not knowing your workload – but you risk overspending for the sake of avoiding doing some homework. Get some independent advice from a consultant or system integrator who can help you determine which is the right choice for you.