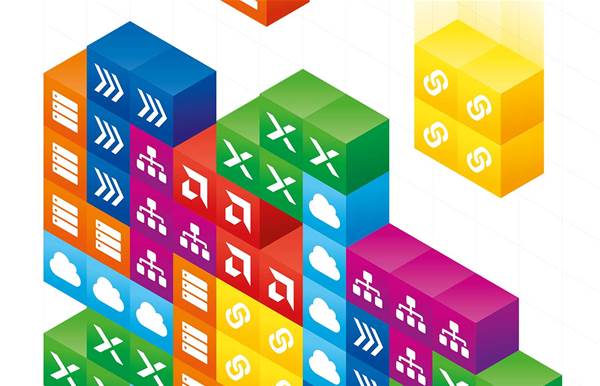 We asked people in the channel to tell us what’s new inside the onsite box, and how they demonstrate the value of their solutions amidst the ever-present threat of cloud.

We found plenty to please partners who like hardware, and strong support from customers that like to keep their IT where they can see it.

TO CLOUD OR NOT TO CLOUD

The perennial question customers ask when considering hardware purchases, is whether they should rent a service that’s delivered via the cloud or buy their own kit. Despite years of urging from the clouderati that cloud is the One True Way for doing all things computer related, there are still plenty of good reasons for customers to own their own hardware.

“It all depends on the customer’s strategy and motivations,” says Evan Duryea, national practice manager for hybrid infrastructure at Thomas Duryea Logicalis. “It is easy to demonstrate that at face value, a traditional refresh is cheaper than a cloud migration, plus an additional three to five years of annuity costs.”

“Resellers can offer hardware upgrade solutions that do not change the application design or security posture that is currently in place,” says Dayle Wilson, chief operating officer at Brennan IT.

The cost of change is not insignificant, as those who have used a simple ‘lift-and-shift’ approach to move to cloud will appreciate. Cloud is more about a way of doing things than a physical location. For many customers, the cost and risk of making major changes to a system that is working just fine can outweigh the purported benefits.

“Capacity and chipset upgrades can be relatively easily achieved with the use of virtualization, without having to contend with the risk and complexity of a data migration,” says Wilson.

But the case for buying hardware isn’t always clear cut. A smart reseller knows to listen carefully and help a customer understand its real needs, rather than focussing just on technology.

“A reseller’s value is in working with the customer strategically to understand what their business and application journey will look like over the next three to five years and defining an infrastructure strategy to suit,” Duryea says.

Viatek’s national sales director, James Veness, agrees. “Making the decision to upgrade your own server and storage infrastructure always comes down to two considerations for each customer,” he says, “What’s the business trying to achieve and what is its risk profile?”

THE NEED FOR SPEED

There’s been lots of noise in the market about new technologies like NVMe fabrics and storage class memory, and these technologies are now appearing in mainstream products. The customers most likely to demand this kind of leading-edge tech are those most hungry for low-latency performance.

“For organisations in the financial sector doing real-time data processing, the impact can be mind-blowing,” says Veness. “It’s very hard to do this in a multi-tenanted cloud environment, so on-premises infrastructure is still the better option.”

“The implication of Storage Class Memory (SCM) is that over time there will be a melding of RAM and HDD into new server models,” says Wilson. While these technologies are somewhat exotic at the moment, we expect vendors will eventually incorporate them into more products, just as they have positioned SSDs as a replacement for spinning disks for performance-dependent workloads. This will occur as the market matures and as customers come to expect higher levels of performance.

“This will be quite disruptive to the traditional hardware storage vendors as it means that server architectures will start to include on-board storage that can outperform their dedicated SANs,” Wilson adds. It’s a classic Innovator’s Dilemma — vendors risk cannibalising their existing high-margin sales by selling these new products, but they also want to avoid losing market share to competitors.

Customers are likely to benefit, even if they don’t want to purchase bleeding edge products. We’ve seen that happen in the past, when SSDs helped to bring the cost of spinning-disk down.

It’s definitely an area of the market to keep an eye on.

AMD is making big moves to take market share from market leader Intel, and its new Ryzen chipset is very well regarded by the industry.

“AMD is now more often offered by distributors as a configuration alternative to Intel, when in the past they would usually just default to Intel,” says Viatek’s Veness.

Intel has been mightily criticised for its delay of 10nm CPU products until late 2019 at the earliest. This delay is contributing to a shortage of Intel 14nm CPU products, and providing a major opportunity for AMD to take market share away from Intel.

The delay also gives AMD a handy head-start on its 7nm process technology, and it could be a year or two before we see equivalent new products from Intel.

For now, though, Intel is holding strong as AMD works to move its new CPU technology from desktop applications into servers.

“A lot of the noise appears to be more focused on workstations and gaming,” says Evan Duryea, “Not so much in the data centre space where my team spends their time.”

AMD has a short window to act while Intel sorts out its internal issues, so we can expect it to strike aggressively at this moment of Intel’s weakness.

There’s been some chatter about hyperscale-oriented server designs from the likes of Quanta, Inspur, and Dell moving down market into the enterprise. But so far, it seems to be just chatter.

“We are seeing this as a natural extension of hyperconverged infrastructure,” says Viatek’s Veness. “It’s allowing the server and storage infrastructure to scale with the business, and be flexible to be able to offer different types of workloads.”

While the technology is sound, the customers who benefit the most tend to be operating at a very large scale, close to the scale of the hyperscaler vendors.

“TDL looked at these technologies a few years back to see if we could revolutionise our offerings and take this to market,” said Duryea. “What we uncovered was, for these solutions to be viable, there needs to be a certain minimum scale.”

That scale is more likely to be found in markets other than Australia. So, we expect to wait a while longer before seeing these kinds of offerings get much traction down under.

Hyperconvergence, on the other hand, is the hyperscale technology that’s seeing plenty of adoption locally. The combination of compute and storage in the same
co-located system is a great fit for local customers.

“All the major vendors have their own HCI solutions,” says Brennan IT’s Wilson. Compare that to some years ago.

And yet, there’s still plenty of growth to come for partners looking to sell customers on the benefits of hyperconvergence. Many customers are still using traditional three-tier architectures. “I believe we are still two to three years away from mainstream adoption of this technology,” Wilson adds.

“We are seeing strong growth in this architecture and my team generally prefer to be working on hyperconverged technology rather than traditional three-tier technology whenever possible,” Duryea says.

Savvy channel players will enjoy a target-rich environment for hyperconverged offers for a while yet.

The physical infrastructure market is humming along nicely and new technology offerings are keeping everyone on their toes. For example, some of the early hype around storage-class memory has abated as the reality of a ‘mere’ 10x performance gain hits home. It’s clear that NVMe will gradually replace older connection technologies, particularly for latency-sensitive workloads, which will open up a host of new opportunities.

A major miss from Intel, and a big hit for AMD, has also injected some refreshing competition into the CPU market. We can expect the excitement to continue for at least another 18 months. Hyperconverged continue to replace traditional architectures as customers discover the benefits. It’s providing strong growth for channel partners, too.

Who says infrastructure is boring?