Australia's digital divide is not going away 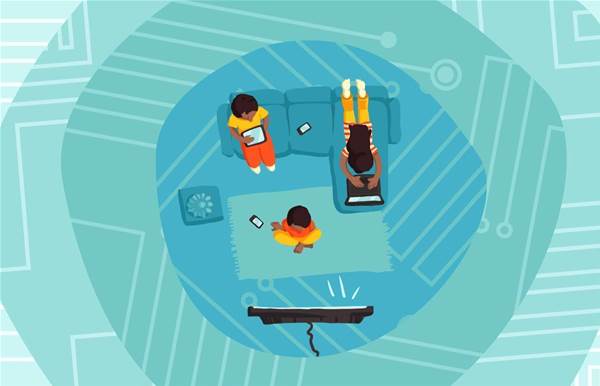 COMMENT | Despite large investments in the national broadband network (NBN), the “digital divide” in Australia remains largely unchanged, according to a new report from the Australian Bureau of Statistics (ABS).

The Australian Household Use of Information Technology report says we are doing more online, and we are using an increasing number of connected devices. Our homes are more connected.

However, the number of people using the internet is not growing, and the basic parameters of digital inequality in Australia – age, geography, education and income – continue to define access to and uses of online resources.

Almost 2.6 million Australians, according to these ABS figures, do not use the internet. Nearly 1.3 million households are not connected. So what is going on? The ABS data points to the complexity of the social and economic issues involved, but it also helps us identify the key areas of concern.

Age is a critical factor. While more than nine in ten people aged between 15 to 54 are internet users, the number drops to eight in ten of those aged 55-64 years, and to under six in ten of those over 65 years.

Most people with jobs (95.1 percent) are online, compared to just 72.5 percent of those not employed. Migrants from non-English speaking countries are less connected (81.6 percent) than those Australian born (87.6 percent). Those already at a disadvantage – the very people who have the most to gain from all the extraordinary resources of the internet – are missing out.

This is not to say that it is only individuals that will benefit from greater digital inclusion. Raising the level of digital inclusion yields direct benefits for the community, government and business. There are, for instance, clear efficiency gains for government moving services online.

Raising the level of online health engagement for those over 65 years of age (the heaviest users of health care) would provide such a benefit. Currently, just over one in five people in this age category access online health services, substantially below the national average of two in five.

But nor should we focus only on the economic and efficiency gains of inclusion: the social benefits of connection and access to entertainment and information are considerable for most internet users, and especially so for those who are isolated and lonely, as older people may be.

And better-off Australians appear to be doing more online. Compared to the general population their uses of online banking and shopping, education and health services are higher. They are connected to the internet with multiple devices, with an average of 7.2 devices at home, compared to 4.4 in the lowest income quintile.

Among those who are connected, geographical differences in the means of access and modes of engagement with online services suggest a further gap among those who are already disadvantaged. People in remote areas use the internet much less for entertainment and formal education compared to their urban counterparts, which are services that require more bandwidth and better quality connections.

Unfortunately, the ABS did not ask why households do not have home internet access, as it did in 2014-15. That data revealed cost was a factor keeping 198,600 households offline. Unsurprisingly, 148,200 of these households were from the two lowest income quintiles. Cost was the major factor in keeping more than 30,000 of the 76,000 family households (with children under 15) offline.

Given the increasingly central role of the internet in educational activities, the fact that the number of family households without access has not fallen since 2014-15 is concerning.

Affordability will continue to be a problem as more data-intensive services are offered online and the demand for data increases, and as mobile services become increasingly important.

However, cost was not the only reason people gave for non-use. Around 200,000 of the two lowest income households lacked knowledge or confidence to use the internet. Digital ability, and our readiness to make use of the internet, are clearly areas for continuing attention. We know that interventions there can make a difference.

The final survey on household use of IT

This ABS survey is the last of its kind. We hope the Bureau will be able to undertake further surveys in this area. The end of this data series does not signal its lack of relevance, at a time when digital inclusion is more important than ever. On the contrary, it points to a pressing new challenge for governments, the community, and business.

As our service economy increasingly moves online — in education, health, work, and government services — we need to ensure that all Australians, particularly those already disadvantaged, have affordable access to the online world. A reliable evidence base to inform our work in this area is essential.

But the information we have should be enough to spark action in some critical areas. The affordability of broadband is clearly one of these. When we consider, for example, the situation of families with children — where cost is clearly an issue for a significant number of them — we need to recognise that existing policy settings and market mechanisms are not working.

The digital divide is likely to grow

The ABS findings correspond to other recent work in the area. Australian policy has long had the aim of making communications widely accessible across our huge country and dispersed, fairly small population.

But the Australian Digital Inclusion Index has highlighted the problem of affordability and unequal access across economic, social and spatial lines. Australia’s performance also compares poorly to other countries.

The Inclusive Internet Index, produced by The Economist’s Intelligence Unit, rates Australia at 25 out of 86 countries, behind Russia and Hungary.

So despite the egalitarian aspirations embodied in the policy language of the NBN, the evidence suggests that the Australian internet remains unusually unequal in terms of access and affordability.

Instead of a digital economy designed for everyone, we appear to have created a highly stratified internet, where the distribution of resources and opportunities online reflects Australia’s larger social and economic inequalities. The risk is that over time the digital divide will amplify these. Unfortunately there is little indication in the ABS data that any of the key indicators will change soon.