Australia's next distie deal: who's on target for a global buyout? 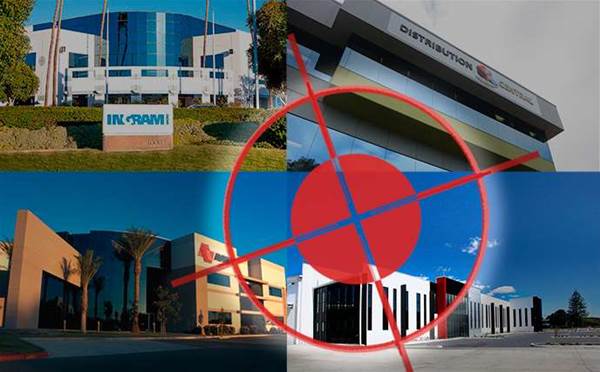 COMMENT  |  Australia has always been a popular destination for expats looking to escape to sunnier climes and a better quality of life – and it seems global IT distributors aren't immune to the allure.

How else would you explain the disproportionate attention Australia gets from the world's largest technology companies? This is despite the fact that Australia is a tiny speck of global IT revenues.

Ask a global vendor and you typically hear that their Australia subsidiary account for less than 5 percent of worldwide revenues. Gartner expects Australian IT buyers to spend about A$80 billion this year, whereas the analyst firm predicts global IT spend to nudge US$3.5 trillion (A$4.6 trillion). On that calculation, Australia's share of spend is less than 2 percent.

Yet despite our relatively miniscule market, everyone wants a piece of Australia, and especially the IT distributors.

Ingram Micro, Synnex, Avnet and Westcon have each called Australia home for more than a decade. In 2000, Westcon snapped up LAN Systems from Scott Frew and Nick Verykios – the entrepreneurs also welcomed Arrow to these shores when they sold Distribution Central earlier this year.

European distribution powerhouse Exclusive Networks got a beachhead through its acquisition of Whitegold Systems in 2014, followed by the deal for Transition Systems in early 2016.

Has the distribution market settled, or is there more M&A to come? The channel's rumour mill suggests further consolidation on the horizon.

Of the world's biggest distributors, the absentee in the Australian scene is Tech Data. Despite the fact that the US$27.7 billion company has previously sent emissaries to these shores to start acquisition talks, nothing has eventuated, but there is still plenty of life in the rumour that Tech Data has designs for Australia. Speculation has been running hot that Tech Data could plant its flag before the end of the year.

Another rumour would suggest a consolidation play to expand the market share of one of the global disties that is already here. But which one?

It's hard to see much appetite from Ingram, given there remain hurdles in completing the company's purchase by China's HNA Group. Ingram's track record in Australian M&A isn't great, having paid A$700 million for Tech Pacific in 2004, only to see the parent company sold in its entirety for US$6 billion a decade later.

Synnex hasn't shown much appetite for acquisition; the company's executives are proud of having grown to $2 billion of revenue, rivalling Ingram Micro for the No.1 spot in Australia, all through organic growth. Speaking to Australian chief executive Kee Ong, he doesn't seem likely to change up his strategy.

Which leaves Westcon and Avnet. Do either of them have the taste for a transaction? Are they swayed by the prospect of being leapfrogged by Arrow, which now turns over more than $500 million and may have become Australia's fourth-largest distributor?

Avnet's local operation suffered a knock when it lost Hewlett Packard Enterprise following the vendor's distribution tender. It's understood that the decision to drop Avnet – one of HPE's globally strategic partners – provoked ire at a global level and left some red faces locally.

Who could be acquired?

With Ingram, Synnex, Avnet, Westcon and Distribution Central all owned by overseas entities, there's really only one Australian standing at the big end of town – Dicker Data.

Distribution is a volume game, and the bigger the better. That's why Dicker Data acquired Express Data in 2014, a deal that propelled the ASX-listed company into third position behind only Synnex and Ingram Micro. At more than $1 billion of revenue, Dicker is no small fry. The company is one of the more profitable disties and is generally admired by its resellers and vendors.

Dicker Data has long been at the centre of M&A rumours. The theory that Dicker would acquire Express Data raged for months before coming true in early 2014. Now speculation suggests a buyout by either Avnet or Tech Data. Is the channel grapevine accurate?

However, with Distribution Central off the market, Avnet is left with few alternatives if it wants to increase its Australian footprint through acquisition.

What about Tech Data? There's another company that missed out on acquiring Distribution Central. One anonymous source says Dicker Data could make an attractive target. "Tech Data are running out of options."

It will be interesting to see what the future holds, especially with Dicker Data's eponymous founder more focused on building supercars in New Zealand.

David Dicker tells CRN that his company has always been for sale – that's no secret. "Companies have a natural progression through life and they are always for sale at any point in time – if the price is right. Everyone knows that. I have never shied away from it."

In fact, Dicker Data came a pen's stroke away from a sale in the early 2000s, but the buyer got cold feet at the last minute. "Nothing has changed," he says. "It is up for sale for the right price but no one has ever offered the right price. Everyone knows that is my attitude."

What would that price be? Dicker Data's market capitalisation is around $300 million, and David says he would expect a premium over that valuation.

What does he think of the current speculation about an impending sale? They're "more like conjecture than rumours", he says. "No one has spoken to me about a deal."

On Tech Data, David says: "That rumour comes up every year". On Avnet, he adds: "If the Avnet guys were on the ball, they would have bought Dicker Data years ago."

Cloud application revenue made easy
By Steven Kiernan
Aug 26 2016
7:18AM