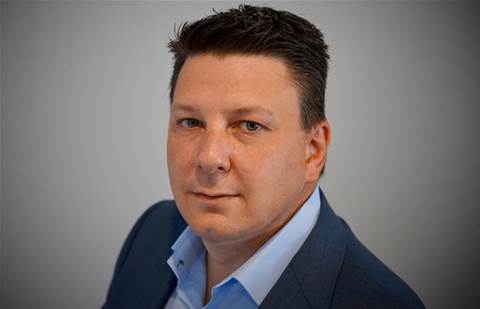 Avaya's Australian channel chief Steve Williams is looking to the future – and to the channel – after a challenging year that saw the vendor's parent company file for Chapter 11 bankruptcy protection.
Journey
I’ve had an affiliation with Avaya in some way, shape or form since 1996 – in fact before it became Avaya back in the days of Lucent.
In 2004, I moved into the channel and sold a hosted UC platform, one of the first of its kind, to a startup services provider. They were offering both wholesale as well as the mobile networks from all the carriers and trying to integrate that into a UC platform. I thought they had a pretty impressive offering, and they approached me to work as their sales leader. I actually declined that and said I wanted to help them build a channel, which was my first step into the channel world.
In 2012, I went back to the service provider community, worked as the state manager for direct and indirect channel for a large tier-2 service provider.
They just made some significant acquisitions in the industry and they were looking to unite their various channels. One of those was the Commander channel. We had to take what was essentially commodity product from the service provider and turn it into real-world solutions.
I chose to work with Avaya in that role as an alliance partner and we did some great things together.
I think that’s what led me here. In 2014 I joined Avaya as a mid-market channel manager directing the local strategy, and in 2016, after being awarded Avaya’s channel manager of the year, I took up the position of channel leader for ANZ, which encompasses both the mid-market and enterprise channel and here we are today.
Chapter 11
I’ve always had an affiliation with Avaya so it’s been interesting seeing things from different roles. There have certainly been some challenges, but I’ve found it quite rewarding.
Working for a large vendor has its challenges, but I think Avaya’s restructure since Chapter 11 has empowered us to make decisions locally.
I really enjoy that. The best part of what I get to do is help partners locally. We’re not just pushing out a global program.
I’ve worked for a lot of organisations and I think you always have challenges, it’s how you overcome those challenges that’s important. If you take the Chapter 11 scenario, obviously our competitors saw this as an opportunity to be disruptive, but for us in Australia it was mostly business as usual.
I was inspired by the loyalty we saw from partners and customers during that time. Our channel teams were constantly engaged with our partners and distributors to help them maximise the value of our products and services.
Channel
We’ve got three distinct channels: SMB, mid-market and enterprise. SMB is driven around promotions, bundling and distribution and we have a very good, robust SMB channel.
Then we have our mid-market channel, which is our IP Office solution, which scales to 3000 users. We also have our enterprise-grade solution, which can scale down to 400 users. So we’ve got a bit of an overlap there and that channel for us is probably experiencing the most amount of change.
We’re moving to digital transformation customers that are demanding more out of these solutions so I think that’s a way we can challenge the partner network to maintain the pace of change.
Then we have our enterprise market where we deal with our top-tier service providers where we’re doing some fantastic stuff with alliance partners working with AI and blockchain developers. That industry is going through a big change and so with voice, we’re integrating at a much deeper level now into these new technologies.
That’s where the excitement is for me personally. As we develop new opportunities with new partners, some of the stuff our partners come up with is quite interesting such as integrating into drone technology through delivering real-time video; working with emergency services and law enforcement; and working with blockchain developers in different areas. A recent use case is working with the airbag recall in Australia.
Lessons
I’ve been in channel now for 15 years, I think the basics remain the same. You need to listen to your partner community, you need to listen to your distributors, but more importantly, you also need to listen to your customers in your local market as well.
There are three pillars to success in the channel, but you only need two of them to be successful.
Those three are: you need to have a great product or service that’s in demand; the second is a great support structure that’s supported locally; and you need to have a competitive model. If you’ve got two of those three, you’ll be successful.
Got a news tip for our journalists? Share it with us anonymously here.