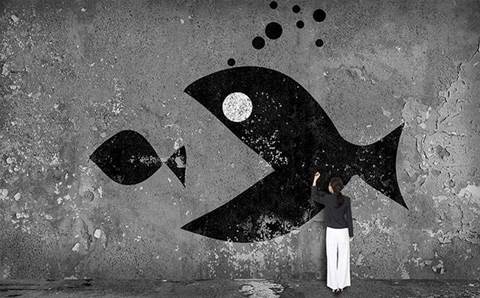 What a blitz of buyouts in the Australian channel.

Have you seen better evidence of the aphorism "get big or get niche" than this distribution market? The new year period brought a flurry of consolidation as intense as I have seen. No fewer than nine distributors and sub-disties have been involved in some kind of merger and acquisition activities in a two-month barrage.

Count them. Altech finally went under in December after what seems like months of difficulties. Adelaide's PC Range bit the bullet in January after 16 years in business. Rivals picked up parts of both companies, with Leader Computers absorbing certain Altech assets and PC Range being divided up between a number of smaller buyers, including First International Trading and the Summit Group. (No one, I might add, took on any of the debts.)

Leader is not the only established name to snatch up a smaller operator. In January, Exclusive Networks, the global giant that acquired Whitegold Systems in 2014, added Polycom distributor Transition Systems Australia to its portfolio. In early February, Ingram Micro snapped up Connector Systems, a trans-Tasman distributor with its heritage in New Zealand.

Distribution is a volume game. Economies of scale are everything. Margins are tiny. Despite the best attempts of most disties to carve out a position as a value-added operation, price remains the main lever to wield when faced with a negotiating reseller. (The secondary lever would be credit terms.)

Risks of bad debt are also a constant fear. One lively metaphor compares a distributor to a jumbo jet flying inches off the ground, hoping to avoid a painful write-off.

In the case of Dick Smith, it looks like a rough landing ahead for a whole fleet. While it could be months until the retailer's receivers and administrators shed light on the exact numbers, I understand distributors expect haircuts worth tens of millions of dollars. As the Brits like to say, it's squeaky bum time for any Dick Smith disties.

For the Ingrams and Synnexes of this world, this low-margin, high-risk atmosphere is business as usual, offset by billions of dollars in revenues. It's easy to see why Dicker Data made the huge gamble to acquire Express Data in 2014. The deal elevated Dicker into the big leagues as the only Australian-owned distributor turning over more than a billion dollars.

Right behind the trio of billion-dollar disties are three more, Westcon, Avnet and Distribution Central, which all boast turnovers in the several hundreds of millions. They round out what we on the CRN team see as the 'big six', representing up to $6 billion of channel business.

The small to medium end of the distribution space remains a busy sector, typically populated by Australian-owned companies that tend to be focused around one distributor or technology. There are telecommunications wholesalers like V-Express and TBS Distribution. Printing specialists such as Dynamic Supplies and Alloys. Point-of-sale companies such as Sektor. But in each of these specialist sectors, we've seen casualties. Telstra wholesaler ICT 123 was crushed by bad debt in April 2014. Printing distributor Tonnex collapsed in September 2014. Point-of-sale distributor Mecari, previously POS POS, went under in February 2015.

Smaller distributors face the twin pressures of larger competitors – which have more buying clout, greater mindshare among vendors and often overseas backing – and the ever-present competition from cloud, which has been a great leveller in cutting out middlemen.

M&A activity is alive and well among the midmarket. Sydney's Bluechip Infotech has probably been the most active at this tier of the channel. The company made its second acquisition in recent memory when it took over Cyberoam operation MPA Systems, following its 2014 takeover of Track IT Online. Bluechip boss Johnson Hsiung told me that he expects to see more consolidation ahead.

I tend to agree. I think we'll see plenty more deals in this space, either marriages of equals or buyouts by the big end of town. It's unlikely the rate will match the pace seen over the past few months, but I worry the question will stop being, "Who is getting acquired", and rather, "Who is left?"