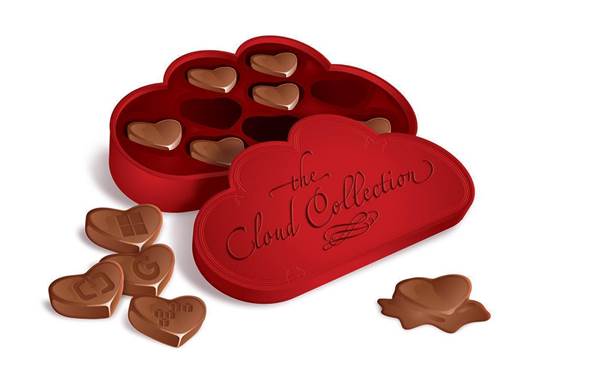 Unless you’ve been living in a cave for the past five years or so, you would be aware that public cloud is officially a thing.

Like others vendors, public cloud providers are keen to establish relationships with channel partners in order to reach the broader market in ways they are unable to do directly.

Only a handful of major players have managed to succeed in capturing the cloud market: Amazon Web Services, Alibaba, Google, and Microsoft, with a few others, such as IBM and Oracle, giving it a red hot go – with mixed success.  So how do they differentiate? And what can they offer partners the others can’t?

Rather than simply wanting partners to re-sell its cloud offerings, Microsoft wants its partners to build their business on Microsoft’s cloud.

“We provide a platform for partners,” says Wilkinson. “We want to help partners to build profitable, sustainable businesses.”

While most of the money for partners used to be made on resale margin, now Wilkinson says the greater opportunity is in developing unique intellectual property.

Google says it takes a careful approach to partnerships. “Our approach is to build strong, mutually beneficial relationships with a limited set of committed partners,” says Ash Willis, head of partners and alliances for Google Cloud, Asia Pacific and Japan.

“We spend significant time working with potential partners to ensure there is a good fit.”

Google has two broad categories of partners: technology partners, like Intuit or SAP, which build technology that integrates with or builds upon Google’s technology, and services partners, like Dialog IT, Fronde, and Marlo Group.

“Whether a business needs help migrating to the cloud, enhancing the skills and expertise of their staff, or building a custom solution for their business, our community of services and technology partners can help address their needs,” Willis says.

AWS rapidly rolls out new offerings based on customer feedback. It says it has enjoyed rapid uptake from new ‘born in the cloud’ partners.

Jansen highlights partner DiUS, which started working with AWS as an early adopter, and built its business by rapidly embracing new AWS services. DiUS was a launch partner for Alexa in Australia, and has already integrated services with the Alexa platform.

“Our approach of starting with the customer and working backwards means that we can work with partners to identify the skills partners need to meet the customer’s demands,” Jansen says.

AWS is investing in helping partners get the cloud skills they need through its Amazon Partner Network (APN). It sees a significant shortfall in cloud skills across the industry, and is rushing to fill it so that it can continue to grow its partner network to meet customer demand.

“AWS provides, through our APN, a wide range of training, certification adoption, competency attainment and services to partners,” Jansen said. “As an organisation, our most critical priority is to ensure we work closely with the channel to accelerate the skills gap we are facing,” he says.

“We have doubled down in investments with partners around training and certification, running more enablement sessions than ever before, whether it’s for sales, marketing or technical skills.”

Microsoft is also investing in partners, helping them to create new IP built on the Microsoft cloud.

“We have three teams: the ‘build with’ team, which is about creating new offerings, the ‘go-to-market team’ which helps partners take their solutions to market, and the ‘sell-with team’ where Microsoft co-sells a solution with our partners,” says Wilkinson.

“Digital transformation is about having an impact on the core of the business. Technology used to be a component, but now every business is a technology business.”

Wilkinson says that Microsoft is investing in helping partners to create successful and sustainable businesses. “Microsoft believes in selling together with our partners, and connecting partners to opportunities,” he says.

Google is looking for partners that can specialise in particular areas such as machine learning, infrastructure, app development, or messaging and collaboration.

“From a programs perspective, the top-level highlight is trying to make it a lot simpler for partners to work with us,” says Willis.

“Previously we had a variety of different partnership programs and they all had different requirements. With our new go-to-market strategies such as Google Cloud, we have pulled all those programs together.”

Google has only two partner status tiers: Partner and Premier Partner. “The revenue requirements to achieve [Premier] status can now be made up from any Google Cloud product,” says Willis.

“The same applies from the certification perspective as well. We want people to demonstrate breadth across a platform.”

“We’re committed to supporting partners’ success, because they deliver significant value to our customers,” he said.

Cloud skills are in short supply, and all the big cloud vendors are investing in their channels to get more people skilled up in their brand of cloud. Simply re-selling cloud and taking a slice of margin is unlikely to be enough to survive in the highly competitive cloud market, however.

The ease with which customers can bypass the channel and buy standard services direct means channel partners have to offer something more to retain customers, and to justify decent margins.

Without adding value on top, partners need substantial scale to succeed, and there simply isn’t enough market to support more than half a dozen players in Australia.

Instead, partners should take advantage of what makes each cloud special and build differentiated offerings that meet a real customer need.

Global cloud providers can’t get close to customers the way channel partners can. If you can get to know your customers’ business and build the right solutions for their needs, the major players will be more than happy for you to build on top of their cloud platforms.

Just ensure you put down solid foundations first, so you aren’t left stranded in mid-air.

Google has stepped up its campaign for the enterprise and the channel, hiring a swathe of high-powered executives in the past year.

Ash Willis joined Google early in 2017 from AWS, where he was the head of training and certification for Asia-Pacific for almost five years.
He’s since added substantial clout to his team, hiring IBM ANZ global business partner director Rhody Burton, VMware and Microsoft executive Anita Moorhouse and CA Technologies’ ANZ channel chief Kevin Van Gils, as well as Colin Timm who had been executive director of Telstra’s enterprise business since mid-2013.

Not all cloud partners have thrived. Google partner BluePoint went into liquidation in 2016 after distributor Avnet (which has since been purchased by Tech Data) issued a winding-up order against the company.

BluePoint had been a Google premier enterprise partner.

Chromeworx’s assets and customers were acquired by itGenius, a Google Apps platform integrator based in Sydney.

Publicly listed cloud provider Bulletproof has also struggled in recent times, posting an underlying EBIT loss of $2.1 million (on revenue of $49.2 million) for the 2017 financial year, after making a $900,000 profit in 2016.

At the time of its results, Bulletproof said it had made “significant changes to the business operations” and chief executive Anthony Woodward has stated that “we are confident that with continued effort, FY18 will benefit from these and other ongoing changes to deliver stronger value to shareholders.”

But the dip in value left Bulletproof as a target for acquisition, and in November 2017, Macquarie Telecom launched a bid to acquire the company in a deal valued at $17.9 million.

However, Bulletproof’s board has written to shareholders urging them to reject the takeover offer. Since then, Sydney IT provider AC3 – which rebranded from its former name, Klikon Solutions, in 2015 – has made a bid that values Bulletproof at $24.7 million.

With plenty of organisations discovering that the cloud grass is not always greener, and margins remaining thin, it’s hard to see how many cloud partners can make money without adding substantial value of their own. Building your business in the cloud can mean you have a long way to fall.