BEarena are not just the Nutanix guys anymore 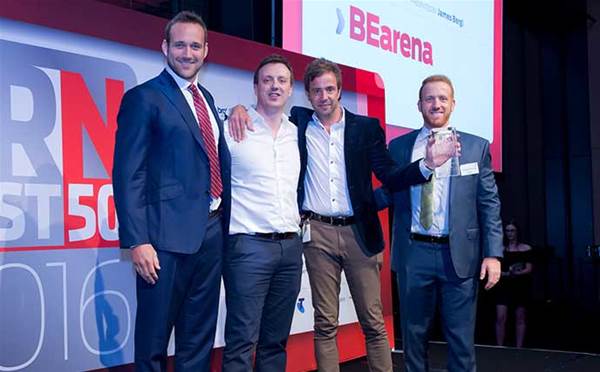 BEarena’s secret to prolonged success has been its ability to spot emerging technology and go all-in on taking new vendors to market. While being known as the go-to partner for Veeam and Nutanix has paid off in the past, managing director Darren Ashley has his eye firmly set on what technology is next for the Sydney services provider.

The company made a name for itself in 2012 when it brought then-emerging hyperconverged vendor Nutanix to the Australian market. Betting on Nutanix has clearly paid off, as BEarena has been named Nutanix partner of the year for three years in a row. Even before then, BEarena took a punt on specialising in virtualisation management in 2009 and found success helping to bring Veeam to the market.

“Historically, the large vendors have dominated the market. We saw some time back that customers were willing to look at a different way of dealing with their technology requirements,” Ashley tells CRN.

“We’ve always tried to position ourselves to be able to take advantage of those kind of technologies when they become more accepted by the marketplace.”

BEarena is still on the lookout for emerging technology, but has been steadily expanding its product capabilities into established markets like cloud and security. The company has even partnered with one of the most established vendors in the channel: Microsoft.

To stand out from the heavily crowded pack of Microsoft partners, BEarena knew it had to specialise by creating its own IP for cloud readiness assessment to onboard customers to the cloud.

The product analyses a customer’s IT infrastructure to take account of what resources are delegated to what applications, and recommend the most appropriate solution for each business. BEarena can then follow that up with a services engagement to implement the solution their cloud readiness assessment suggests.

“Microsoft aren’t really interested in another general purpose cloud player, so what we’re looking for is that specialisation. That’s what we always do, is that we’ll develop an offering that is somewhat specialised,” said Ashley.

BEarena’s success also came off the back of some large customer wins, including a world-first Nutanix implementation across 19 locations for the Perth Radiological Clinic. More recently, BEarena completed a Nutanix rollout for a large real estate company to nearly every country in the APAC region.

BEarena came in at No. 12 in the 2016 CRN Fast50 with 88.9 percent growth and $14.1 million in revenue. For leading a series of transformative projects for major customers utilising hyper-converged infrastructure and flash storage, BEarena was awarded with the Editor’s Award at last years’ CRN Fast50 awards.

“We’re all about the right fit for the customer. The general trends in the market have shown that the path we chose has become the new norm. There are some cases where technology doesn’t fit, and if it doesn’t fit, we’ll be the first people to say so. We’re really about enabling the business, reducing the cost, reducing the complexity and making everything appliance-sized as best we can.”