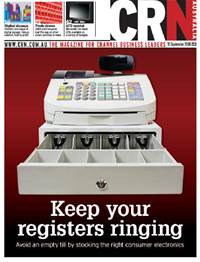 This article appeared in the 15 September, 2008 issue of CRN magazine.

Page 1 of 4  |  Single page
Consumer spending in Australia is witnessing a sluggish period as purse strings are tightened across the country. However, be grateful for life Down
Under as the UK and US are undergoing even more precarious times, with some believing the economical super powers are edging towards a fully fledged recession.

Australian consumers spent just over $20 billion in June, to post retail’s weakest growth in six years. This signals a slowdown in overall economical performance as growth in retail trade fell by a seasonally adjusted 1.0 percent in June after a surprise 0.7 per cent increase in May, according to the Australian Bureau of Statistics.

“The retail figures for the June quarter are of concern to NSW businesses and highlight just how tough this year will be,” said Kevin MacDonald, CEO of NSW’s peak business group, NSW Business Chamber. “Higher petrol prices, uncertainty in financial markets and higher interest rates appear to have dampened consumer confidence and when confidence falls, so too does consumer spending.”

MacDonald said there have already been a number of surveys identifying a sharp fall in consumer confidence and that now appears to be being reflected in spending patterns.

“Recent increases to interest rates appear to have hit home and many NSW businesses have the double whammy of higher interest rates and a
fall in consumer spending as consumers tighten their belts,” added MacDonald.

To get a yardstick of what consumers are spending money on, it is worth assessing the fortunes of the big high street merchants. CRN spoke to JB Hi-FI last month about its full year net profit of $65.1 million and the mass merchant retailer said the impressive boom can be accredited to its IT section which has been running since June 2007.

“[Computer sales] grows bigger as the months move on and the computer business is a very happy one for JB,” said Richard Uechtritz, CEO of JB Hi-Fi. “We are relatively new – having finished rolling out computer sales in our major stores June 2007. However in our first full year, despite a number of stores still making room to sell IT, I can say that computer sales has strongly contributed to sales profit.”

According to Uechtritz, consumers only go to local IT retailers if they are intending to buy a new computer or laptop. However customers frequent
JB Hi-Fi for products such as DVD or CDs.

“Retail is about getting people into stores. We sell everything from software, music to DVD home entertainment and regular customers who come into the shop walk straight into our computer section, so in the back of their minds they know to consider going to JB for their IT needs,” he said.

Uechtritz claimed smaller operators only sell computers and only land sales for these items. “Our customers shop at JB for months on end and make us their retailer of choice for computer purchases. Unemployment levels are steady and people aren’t losing their jobs. They might not be able to afford a holiday or petrol for a long trip – so they might want to spend the money on entertainment for the home.”

He claimed that people were still earning money and they enjoy buying things that make them feel good, such as a new computer, LCD, plasma TV or a new phone. “These things are also used to keep people in touch with the world and is an integral part of a lifestyle,” said Uechtritz.
“JB is doing well because we only deal in IT and home entertainment. We don’t have to deal with furniture and whitegoods (which may be products consumers are forgoing). We are also located in shopping centres and not destination-only areas,” he said.

Harvey Norman was another high street giant which posted a healthy increase in sales figures for the financial year recently.
The firm announced that sales from the franchised Harvey Norman stores, commercial divisions and other sales outlets in Australia, New Zealand, Slovenia and Ireland (excluding Singapore) totalled $5.81 billion for the year ended 30 June. This was an increase of 8.7 percent compared to the financial year ended 30 June 2007, which was $5.34 billion.

Granted these are not traditional channel firms, but they do provide a platform for discussion of the consumer electronics landscape.

This article appeared in the 15 September, 2008 issue of CRN magazine. Subscribe now