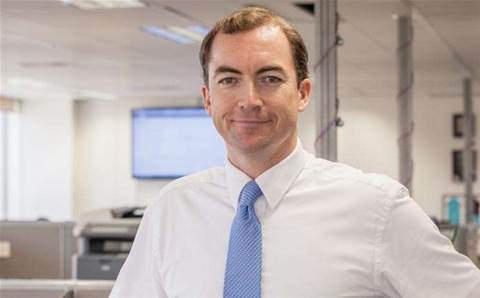 Coming into its 10th year in operation, Microsoft Dynamics and SAP specialist Artis Group is considering a third crack at the CRN Fast50 following a year of geographic expansion and government wins.

The Sydney-based company’s first two Fast50 appearances were six years apart, with No.44 in 2009 then No.34 in 2014, when it hit 27.7 percent growth. Managing director Chris Greatrex hopes Artis will get over the line this year, with the entire industry performing well in the past 12 months.

“This year we had 15 percent growth, so I think it’s gone pretty well,” says Greatrex. “But last year, the cut off [for the CRN Fast50] was about 18 percent, so we’re biting our nails to see if we get in again.”

It has been four years since Artis sold its hardware division to The Missing Link Network Integration. Since then, it’s focused on customised application projects for government and commercial customers. As the IT channel transitions from an infrastructure-heavy past to a more software-defined future, it’s good news for Artis.

“We sold our hardware business in 2011, and since then we’ve focused on the application space, which was beautiful timing for us,” says Greatrex. “We’ve been building on existing relationships and bedding down our geographic expansion since then.”

While business has traditionally focused on custom Microsoft application work built around Dynamics CRM and SharePoint, this year Artis expanded its relationship with SAP. It now offers a business intelligence, data visualisation and security bundle through SAP Afaria, SAP Lumira and SAP BusinessObjects.

Last year, Artis snapped up another Microsoft partner, Adelaide-based Tapestry, which has opened the door to new state government clients. “We’ve been in Melbourne since April 2013 and Brisbane only launched six months ago,” says Greatrex. “We acquired Adelaide service firm Tapestry 13 months ago and they came with .NET and Dynamics capabilities ready.”

Artis was able to take the contract management system that Tapestry provided for the SA government and roll it out to customers in NSW, Victoria, Queensland and federal government departments.

There has been a particular focus on South Australia, where Artis is opening a software development hub in order to lower the cost of application development and support. “When we pitched to the SA government that it will largely be done out of Adelaide, they loved it,” says Greatrex. “It’s the whole concept of near-shore development. We’re providing an alternative to sending work offshore and showing east coast companies that they can get a lower blended rate onshore.”

After a strong year of opening new locations and landing customers, Artis will have to wait to see if 15 percent growth is enough to get the company over the line for a third time in this year’s CRN Fast50.

“We’re interested to see how the whole industry did, especially some of the smaller resellers,” says Greatrex. “We’re hoping 15 percent is enough to get us on the scoreboard, but we’re still pretty happy with year-on-year growth.”

Mitigate tech risk in your business
By Brendon Foye