Beyond the Asian Century: advice on fitting in 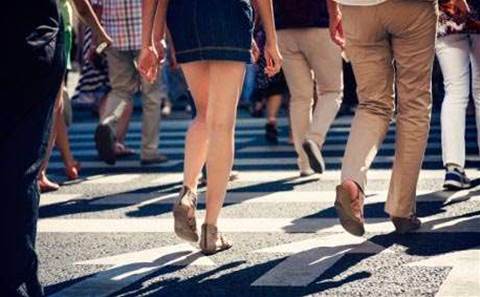 Asia has been helping to lift Australian standards of living and boosts to productivity for more than 20 years, a fact recognised by the Australian Government in its watershed report, Australia in the Asian Century, which found that in this time, China and India “almost tripled their share of the global economy and increased their absolute economic size almost six times over”.

But accessing the Asian bounty takes time, skill and a great deal of cultural sensitivity. For instance, Asian executives don’t sweat contracts like Westerners do and business in Asia is one of longevity and mutual respect that may chafe with an Australian sales culture fixated on bonuses for the next quarter. Infosys is typical of this cultural approach.

“We’re not an organisation that tends to keep looking at the contract,” says Infosys Australia managing director Jackie Korhonen. “We’re with our clients for the long term. If there’s any problems with something, it’s our problem as well. The focus is on getting the right outcome.”

“While we spend our lives living by the letter of the contract we negotiate, in Asia the contract is very much secondary,” says Bayley who heads the business diplomacy side of Asialink, a group at the University of Melbourne that seeks to link Australia with the region.

“While you clearly need a contract, it’s far more important to have the relationships and networks to make it succeed. [In Australia] we use default of the contract, but in Asia you find very few cases where people were sued around breach of contract.”

Asialink chief executive officer Jenny McGregor says “relationships come above transactions. The number one issue for Australian business that they came back to us on is for them to have a basic set of skills for the culture they’re doing business with.”

“When you reflect and compare, that’s when you develop awareness of a culture because your antenna is open,” she says. “Australians have a relatively good reputation as people who are more aware of their culture.”

Be alert to risks

There are also significant risks in doing business in Asia, often associated with opaque governance. China’s unsustainable building cycle, close government control of the internet and capricious legal systems are areas where Australian businesses may fall foul. Poor or misleading reporting of key Asian economic indices and benchmarks may also promise more than what local economies or suppliers are capable of providing.

Asialink suggests Australian businesses verse themselves in conditions on the ground, employ locals in joint ventures and use the services of bilateral chambers of commerce to cut their risk profile.

Are you open for business?

Before you source opportunities from Asia, ask yourself the following questions: