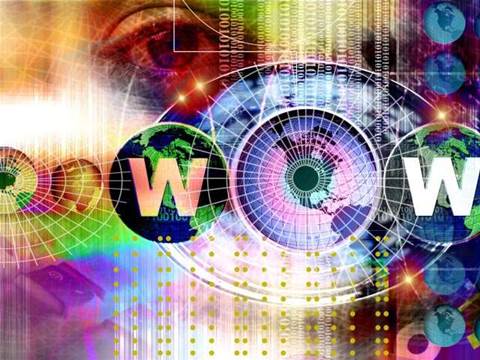 The question for those selling and installing such systems is can they live up to the expectations fused into the public consciousness at the cineplex?

Despite its limitations biometric systems are finding their way into solutions that control everything from access to amusement parks and workplaces to marketing and in-store promotions.

Biometrics are moving from Hollywood hype to being integrated into systems to improve performance, extend their application and deliver greater returns with marginal investment.

And in cases such as smart cards, biometrics may move from augmenting technologies to replacing them, their proponents say.

For instance, IP technologies deployed by security maker Zylotech and its integrator Intravision would be at home on the set of Minority Report and yet it counts culture vultures at the National Gallery in Canberra, says its sales general manager Tim Dobbin.

The previous manual method of using a hand-held clicker couldn't attain the 96 percent accuracy of the video.

Zylotech integrated SmartCatch software from its vendor partner NEC with its deployment of the video management platform and the gallery's security cameras.

The software employs algorithms to interpret motion captured with the four Vivotek IZ7151 IP cameras, which have 18-times optical zoom and progressive-scan charge-couple device sensor, Dobbin says. At the gallery, the software even detects the walking path of those entering.

Vision grabbed and analysed by SmartCatch is run through filters that detect loitering, tailgating, speed, unattended objects and even turnstile hopping. And it discriminates between humans and vehicles.

"We can push that video to any enabled screen anywhere in the world," Dobbin says. The vision once unencrypted is viewed in real-time or sent as a snapshot or video stream for viewing later to an iPhone or PDA.

And if there's an evacuation, the technology assures a more accurate count at the emergency rallying point.

NEC says its "adaptive region mixed matching" technology differs from other products because it doesn't rely on ratios between parts of the face such as eyes and nose but on regions on the face with a high degree of similarity.

As such, wearing sunglasses won't throw off its results although like all face recognition systems they rely on quality, full-frontal captures.

It is used in high-risk, sensitive locations such as airports, maritime port authorities and military installations and in private organisations such as casinos and shops, Heather says.

Universal Studios Japan has used it for nearly 10 years to control access to the park. Such access-control applications put smart card sellers at risk, he says.

The software works with a white-list of people who need access or a blacklist of those who are banned from a premises. Uses include identifying known shoplifters, keeping problem gamblers out of casinos, border control and clocking on and off work in place of an access card.

And it can be used in terror investigations to identify suspects' meetings.

Face recognition systems are sophisticated enough that they can detect some demographic information about the user and could direct marketing messages to them while they are in the shop.

These systems need accurate databases of face images, which private organisations such as casinos tend not to share with each other. Heather says projects such as Queensland's smart driver's licence would provide high-quality data for matching.