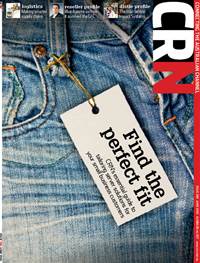 This article appeared in the June issue of CRN magazine. 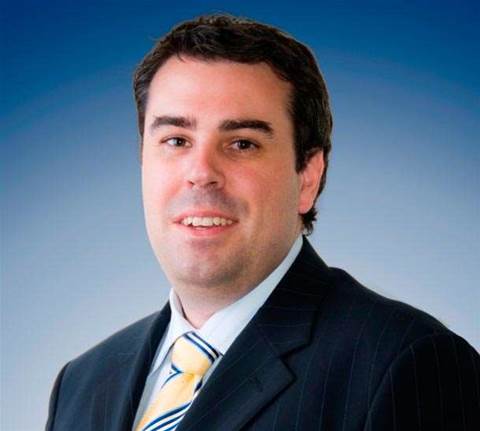 In its 11 years of business, integrator Blue Apache survived near-death experiences three years in a row when key customers nearly went under or were acquired.

Sole proprietor Chris Marshall believes the encounters made him realise the importance of having a depth to the business where no single client would prove to be the company's undoing.

Something that really drove the growth of the company was the realisation that, for three years in a row, the company had relied on one customer for 50 percent of revenue in each year, he says.

"During their time as clients those businesses were either acquired or would be going through their own problems and this put us in a precarious position."

Marshall says the company diversified and now no customer is responsible for more than 5 percent of the company's revenue.

"This doesn't make the company reliant on any customer and it will be less likely to be impacted by events like the Global Financial Crisis (GFC)," says Marshall.

Marshall says the whole situation taught him very early on that "if you're not growing the business then you're going backwards".

First steps
Blue Apache was born in 1998 out of Marshall's passion for technology and the business application of IT. Marshall had been working at integrator Castelle for three years before he started his own business but says he was young and naive and didn't realise the challenges he would have to face.

"A lot of what I faced back then revolved around resources and getting the right people for the job - challenges that we still face to an extent today," he says.

Marshall worked, mainly in consulting, for roughly two years and there was never any shortage of work. Then things changed.

Today the business has grown to 20 people, based in the Melbourne headquarters and Sydney and Brisbane offices.
Marshall says the company grew quickly and each team member brought complimentary skill sets.

"Very early on I realised that we needed more depth to the business so if someone was on annual leave we didn't lose 50 percent of the company's staff," he says.

"We had to ensure high levels of redundancy from people in sales to the technical team in the event that if one was away I'll then we could still maintain consistent levels of service for our customers."

Marshall says the company's entry into the CRNFast50 in 2009 was "very pleasing" considering the prevailing conditions.

Marshall says the company has invested in training staff with its vendor partners' products and this is an important part to its business.

"In the beginning we didn't have as much time; now we can evaluate technology like cloud computing and how it's going to impact our client's business," he says.

The first eight to 10 years were the hardest, as the business didn't have the scale or processes in place.
Blue Apache has now been working with virtualisation technologies for over 10 years. Marshall says one of the more exciting aspects of virtualisation is that it helped define the path to IaaS and cloud computing.

Marshall also believes that one policy - to avoid projects that the company doesn't have the capability to deliver - helps to differentiate Blue Apache from its competitors in the SMB integrator space.

"We haven't experienced sensational growth like bygone integrators but we've got very satisfied customers," he claims. "It's about confidence. We pick a particular technology and [learn] it inside out."

Spending wisely
Opportunities for growth came from unusual circumstances. The GFC gave Blue Apache the chance to sign up clients that were looking to reduce costs by outsourcing their technology infrastructure.

Marshall believes the difficult time experienced by some integrators during the GFC could be put down to debt and not lack of clients.

"I can't speak about smaller guys but for the likes of Leading Solutions and S Central it comes back to debt being highly leveraged, which increases a business' risk.

"Blue Apache doesn't carry debt and the scale of business can be changed according to market conditions. So we are able to reduce overheads - moving or reducing head count - to match outgoings."

Marshall says some of the bigger players borrowed money irrespective of how the markets were performing.

"Commander would be a good example on how we were able to pick up business through dissatisfied customers," Marshall claims. "Some of the integrator's clients signed up with us before Commander fell apart. They obviously saw the end coming."

Marshall believes Commander's acquisition of Volante proved to be the company's undoing and led it to borrow too much money.

"On paper the acquisition looked like a great idea," he says. "If Commander had access to deeper pockets maybe in good time the two businesses would've integrated."

One of the bigger acquisitions during Blue Apache's time was the merger between HP and Compaq - which wasn't well received.

"We were concerned because we were a Compaq partner; but it turned out to be a fantastic merger and HP made the most of it," says Marshall.

"There's plenty of room in the market for the tier-one integrators," says Marshall. "We don't compete against EDS but one day we hope to."

Memorable clients
Blue Apache's clients have about 50-300 seats and tend to be privately held organisations. They range from transport and construction to manufacturing and retail and even entertainment.

Blue Apache looks after Icon Film Distribution (IFD), a group which includes Icon Productions, the independent production company founded in 1989 by actor/director Mel Gibson to finance his production of Hamlet.

The newly-merged company had to co-ordinate cinemas in Sydney, Canberra, Byron Bay and Hamilton (QLD), manage the rights for all film licences for Australia and New Zealand, and provide full network and communications support for its 200 personnel centrally, so it urgently needed to replace legacy software with robust, scalable enterprise systems.

To meet IFD's immediate needs, Blue Apache provided helpdesk and onsite support via its emPOWER Managed Services offering, including monitoring to manage the network and proactive support for users and their legacy systems.

Blue Apache then audited the existing hardware and software for re-usable items and procured and stress tested all the hardware.

Another memorable project for Marshall was when its client RMS Distribution Services acquired part of the AUSDOC logistics business in 2002, tripling the size of the business overnight.

"Blue Apache worked closely with the RMS team over the following weeks and completed a remarkable IT transformation, migrating HP-UX environments and deploying new ERP platforms to the branches spread across Australia," he says. "The camaraderie amongst the project team is something I will never forget."

With its business strategy and clients firmly in place, Marshall says Blue Apache will focus on opening an office in Auckland in the next year.

The move is designed to help current clients with offices in Australia and NZ; after that will be a move to Perth within two years.

"On my recent visit to the HP Colorado Springs research and development facility I was provided with the opportunity to get a look under the hood of how it all fits together," he says. "It's such a great story, and our customers really understand the benefits."

Marshall claims tying the Converged Infrastructure framework together with Citrix XenServer and XenApp has been a huge success for the integrator.

"With many deployments now in production, Blue Apache has a methodology for deployment and the results speak for themselves," he claims. "With our customer now driving greater return from their infrastructure investment, they are now free to invest in innovation."

2001
Signs up to the Citrix Solutions Network

This article appeared in the June issue of CRN magazine. Subscribe now