Breaking up with a vendor is hard to do 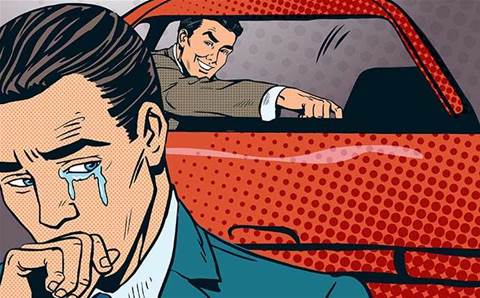 Breaking up with a vendor is seldom easy. As a reseller, you poured your energy, time and money into the relationship. And your reputation with customers rides on whom you recommend.

So breaking up is a weighty decision. Consider a conversation that starts like this:

“We have to talk,” you say at your annual vendor review.

“What’s on your mind?” your soon-to-be erstwhile vendor says, shifting a bit in their chair.

“It’s not working out. It’s not you, it’s me. We want different things; our roadmaps have diverged. I’m going to start seeing other vendors.”

A humorous dialogue but a scenario regularly played out across the channel. There’s any number of reasons partnerships dissolve – technology shifts, strategic redirection or festering miscommunication.

For Lorenzo Coppa, it was Adobe’s strategic redirection that led to the relationship diminishing.

When Adobe launched its Creative Cloud software subscription service in May 2012, it obsoleted boxed sales. Coppa, instrumental in selling businesses on the Adobe suite for nearly 20 years through his Melbourne reseller City Software, was sanguine about the change.

“I’m surprised it took as long as it did,” Coppa says. “It was apparent in the early 2000s that software would be rented. We looked at our thinking about how to adjust for more than a decade. It’s a bit like a mobile phone, going from selling a box to selling a contract.”

Annual perpetual licence or boxed sales growth was strong, peaking at about $4 million revenue in 2011. While City Software is still an Adobe reseller, sales are well off the peak.

“In Adobe, there was a camp saying, ‘We invested so much in the channel, are we going to sacrifice that revenue stream for a direct and channel hybrid model?’ It’s probably the right decision [to go direct] because Adobe didn’t have competitors. Some of how the channel got managed was a bit rough [but] I probably wouldn’t have made a dissimilar decision.”

And although Coppa has sympathy for the software makers migrating to cloud and subscription services, he says “it’s important to understand the role the channel has in making decisions about what [customers] buy”. That’s because disinterested resellers become competitors, as he proved by luring Quark Express customers into Adobe’s camp in the 1990s (see box on p. 36).

As in the City Software case, often the break-up isn’t apparent at first; like a long-wedded couple who drift apart. It’s these relationships that are most fragile, open to the shiny excitement of a new and disruptive vendor with a clear technology advantage, good communication and fresh sales pitch.

Robert Ek was reselling a great Linksys PBX solution to his small-business customers, and then Cisco bought the smaller vendor. He was happy and his customers were happy, with a solution that was well supported and met all their needs.

But following the Linksys acquisition, Cisco discontinued the smaller vendor’s solution and proceeded on a cycle of discontinuous upgrades to Cisco’s PBX. This left Ek, Go Systems’ founder, and other SMB resellers scratching their collective head about the roadmap, he says.

“They kept bringing in new technology every year; and not upgrades but a completely new platform. There was a small group of us who got together and eventually all abandoned Cisco’s PBX. We were about the last.”

Ek also points to the certification pain as a contributing factor in his defection. “For the Cisco certification, we had someone out [of action] for
a week-and-a-half each year.”

He’s much happier with the replacement Shoretel solution that has easier certification requirements and is a better fit for his SMB customers, he says.

Channel Dynamics analyst and founder Moheb Moses says relationships are “never 100 per cent perfect… You have two different objectives: the vendor tries to sell
its product and a reseller tries to sell its services,” Moses says.

“The time to break up is when the negatives outweigh the positives.”

Those impacts might be financial, the vendor’s actions start costing too much; poor product, especially a consideration for managed service providers who absorb these costs; and burdensome certification.

Next: how and when to break up