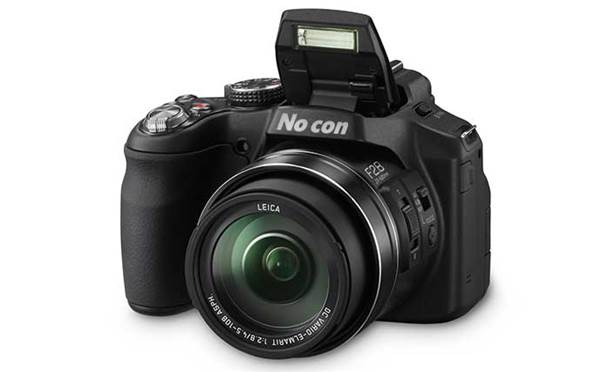 COMMENT  |  The reason for mirrors in SLR cameras was so that you could see the subject without exposing the film, while looking at the exact same image through the actual picture-taking lens. And the mirror flipped up to let the light reach the film when you pressed the shutter. Since there is no film you’d need to protect anymore, why do we need flapping mirrors in our cameras?

All you really need is an LCD viewfinder to show you what the camera is seeing. Making that idea a reality did require LCD displays that had a high enough resolution and sufficient speed so you weren’t looking at the image seconds behind real-time, but they have arrived.

Also, since the digital sensor chips are around half the size of the old 35mm film surface, you don’t really need giant diameter lenses, either. Zoom lenses suffer from blurry edge resolution, so they made them bigger, and used the sharper bit in the middle to take the picture.

With digital’s smaller exposure surface, a smaller diameter lens can be used to ‘crop’ the sharp middle bit. To that extent, smaller is cheaper and easier to carry.

Professionals making billboard-sized photos need interchangeable lenses, but most normal people don’t need them any more than most drivers need an F1 car to drive to work.

For pictures printed no larger than an A3 page, my Panasonic ‘bridge’ camera is razor-sharp, and has a 24-600mm integrated zoom, with a constant f2.8 aperture. It is ready to shoot in 0.6s from power on, and has a lag of 0.4s between shots. It has wi-fi and doesn’t mind getting rained on. And it cost less than $700.

I used to carry a backpack with four camera bodies and six lenses to achieve the same results. And guess how often that kit got taken anywhere? My new camera lives in the car in a carry pouch smaller than a lunch bag and is always ready. The battery lasts for weeks and handles hundreds of pictures and
tens of videos.

I got started with 35mm film SLRs in the 1970s, then switched to their digital counterparts – basically the same camera, but with a digital sensor and memory card instead of a film canister. The design was based on an industry geared up for making and selling film cameras – there was very little redesign based on ‘digital’ back then.

It’s worth noting that you make a lot less money selling bridge cameras than digital SLRs with bags of lenses: there is no huge incentive for the manufacturers to switch. Then, along comes a company like Panasonic (and many others) with no legacy manufacturing to protect, and teams up with Leica, which has a legacy in lens-making but no mass market to protect, and you have a bridge camera that satisfies 99 percent of the needs of 99 percent of photographers.

Canon, Nikon, Olympus et al all make bridge cameras too, but they restrict their capabilities to protect their legacy digital SLR offerings.