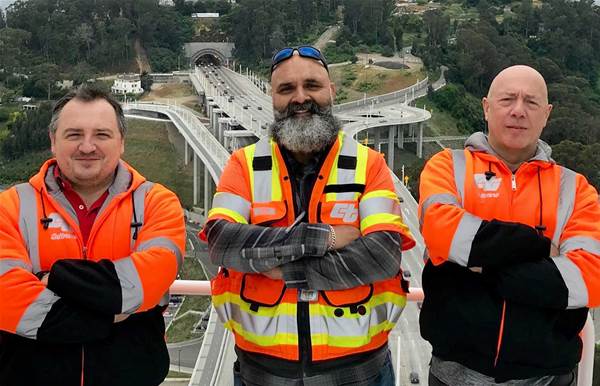 Since starting in 2010 as a professional services firm serving the resources sector, GIS People has radically transformed itself into an award-winning software development house and geospatial specialist.

While the Brisbane-based company has continued to rack up a string of government clients in Australia with its asset management tool Gruntify, GIS has its sights firmly set on cracking the US market.

Founder and chief executive Igor Stjepanovic established a base of operations in San Francisco last year and has already won over some local government customers with Gruntify.

The platform, which is built on Microsoft Azure, allows users to collect data using the field capture app to “crowdsource” information from the public or employees, paired with a real-time central database that can be harnessed by the customer to manage civil assets, for example.

The expansion was helped by a grant from the Australian government, which provided just under $500,000 to help commercialise Gruntify and take the platform to international markets.

“We’ve already embarked on this international expansion path. The United States is our current focus, but we’ve also had some enquiries in Europe and South America as well, so our expansion into other markets is on the cards,” Stjepanovic told CRN.

With the US expansion, GIS has made sure to strengthen its relationship with its key vendor, Microsoft. The company has turned heads at Microsoft, having picked up the award in the optimising operations category at Microsoft Australia’s partner awards last year for Gruntify’s use in collecting and sharing data during Cyclone Debbie.

“In the United States, we’re also devising a partnership model so we don’t actually have to sell direct to everyone,” said Stjepanovic

“For example, with Microsoft we have been co-sell ready approved through their Commercial One arrangement. We’re now working on a couple of other similar arrangements with companies that have large portfolios of clients but not necessarily the technology.”

As well as new markets, GIS is also looking at new ways to sell Gruntify.

“Our platform is currently being updated with the latest version so there’s a lot of work being done behind the scenes to enable a software-as-a-service option instead of selling Gruntify to the enterprises, we will open up an option for small-to-medium sized organisations to use Gruntify, which we are very excited about.”

GIS’s other main product is Open Declare, a platform used to declare and track political donations and expenses. The platform was used during the 2017 Queensland state election, and went live in South Australia in April. GIS is also considering white-labelling Gruntify so customers can take GIS’s solution to a larger number of clients.

“Those will enable us and position our product so well that we think we’ll have a very busy 2019. 2018 has been mostly about focusing on the expansion and improving our platform. 2019 will be more about selling, growing and customer acquisition.”

7 steps to MSP success: from pricing to specialisation
By Brendon Foye