Case study: EC2 is easy, too 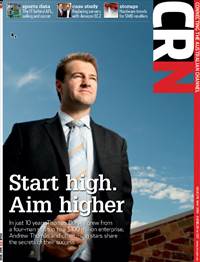 This article appeared in the May, 2010 issue of CRN magazine. 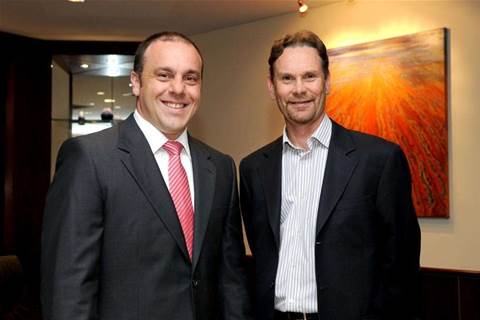 Dai Rubicon, an Australian printing services company, had to spend money. Its database servers were reaching the end of their lives and were failing to keep up with the company's growth.

The current set-up had problems with accessibility and speed - offices in New Zealand and Singapore and customers around the Asia Pacific all needed to access the overburdened system in Sydney.

Dai Rubicon was also looking to move into the Americas market. There were no guarantees that newer, faster servers could overcome these hurdles, which would only increase as the company grew in size and geographical spread.

A straightforward upgrade to its server stack would have meant ordering three Sun Fire X4540 servers, costing around $30,000 to $40,000 depending on configuration. A backup system would have been extra.

Instead of buying more tin the company wanted to think outside the square, says Ian Wilson, Dai Rubicon's general manager of shared services. "Do we want to replace servers in three to five years?" he asked himself.

Wilson first heard about the cloud concept from a consultant working on system development. When Base2Services was called in to quote on a replacement system, Wilson "took comfort" in the fact that the integrator was already using the cloud with other customers.

"We've been running systems on [Amazon's] EC2 [platform] for three years since it was in beta," says Arthur Marinis, CEO of integrator Base2Services. "Initially we had a lot of problems, there was a lack of documentation, a lack of security, but there's been a massive improvement over the years."

Base2Services always shows a hardware-based alternative next to an EC2 solution, says Arthur, however the cloud always wins out. "When clients have one, two or even 12 servers, it's more cost effective in the cloud. We always compare against in-house and [hosted] data centres," he says.

The cloud option was looking like the best fit to provide processing; there was just the question of upgrading the database.

Base2Services wanted to find an open source database to put up against MySQL. Postgres, another database built on the Ingres code, didn't have "the enterprise quality that we needed" because it didn't provide decent support, says Marinis.

The database didn't scale as well as others either, claims Marinis. "With large amounts of records you do run into problems if you don't have a DBA specialist," he says.

MySQL is strong in running websites but many companies turn to Oracle when it comes to the transactional processing carried out by Dai Rubicon, says John Ryan, Ingres' marketing manager for Australia and New Zealand.
Ingres, a transactional database, was a better choice because it was built with large-scale operations in mind, says Marinis. Another plus was Ingres' strong support in Australia, he adds.

Ingres was bought by Computer Associates (CA) in 1994 which, three years ago, divested Ingres Corporation, a support and services company for the open source software.

The vendor has a global, follow-the-sun model with the Australian time zone handled by two support staff in Australia and one in New Zealand.

Ingres' Australian offices also opened three years ago and include a services arm that trains integrators and carries out deployments for the vendor's direct sales team. It consists of 11 staff in Melbourne, four in Sydney, seven in WA and "a couple" in New Zealand.

Ingres has amassed a sizeable (over 300) direct customer base but is now wanting to build a channel. Apart from some ISVs, Base2Services is the "main" reseller so far.

About six months ago Dai Rubicon eventually took up Base2Services' pioneering model. The company has three instances running on EC2, supporting the Ingres database, a backup server and an applications server. The cost per instance is $200 a month for a total, with bandwidth costs, of about $630 a month.

Leading the crowd
Base2Services was founded on the decision to use open-source software because it was more cost effective than proprietary solutions. The motivation to look at virtual servers to host customer databases was also based on lowering cost.

"We had a start-up client who really didn't want to spend too much money on pilot programs," says Marinis. Three years ago the integrator started looking at alternatives to hosting servers and tested out Amazon's EC2 platform while it was in beta.

The experience was far from simple. "There was a lot of pain at that time" ironing out bugs, says Marinis. The company has used EC2 for customers for about two and a half years now with 100 percent uptime. The expertise the integrator built up experimenting with Amazon has paid off.

"Now we find that when we need a new instance it's ready in five minutes, and with our scripts the server is up and running in two hours," says Marinis.

Base2Services has found that EC2's instant scalability is a powerful asset when it comes to running databases. The integrator can use its systems to monitor performance by measuring the volume of requests and can instantly identify and iron out bottlenecks on the fly to make it more efficient.

"Say a customer has a high load in December and they have constant hits to the system in a certain period of time. We can measure that and add extra instances (of EC2 virtual servers) to handle that," says Marinis.

"We have prepared this so it's almost fully automated. A new instance is very quick to implement. It's requested through Amazon through our software or manually; they get the image that we've pre-built and it attaches to the current solution so the load is spread across," says Marinis.

Other solutions would not have offered the same speed or flexibility, claims Marinis. A hosted data centre would have taken days to add extra servers as needed, rather than two hours.

And "private clouds" - on-premise, virtualised data centres - would have required extra servers on hand to handle extra loads. "The problem with VMware is that you need the servers on site. With Amazon's cloud you don't need those servers to be there," he says.

While the ability to customise Amazon's EC2 is limited, the integrator has found the cloud vendor provides very good support.

"Being one of the highest users in Australia we have a very good relationship with Amazon. We never have servers disappear on us. As soon as a physical server has a problem the instances are migrated without impact," says Marinis.

The integrator has dealt with one of the greatest customer concerns surrounding cloud services; data security.

"We don't see that [as a problem] provided you set up the instances the same way you set up the servers in-house or hosted. You don't open them up to the world. Once you get over that it all makes sense," says Marinis.

Apart from security, the most common hesitation is emotional. "One of the problems we've had with hesitant clients is more to do with IT people wanting to maintain control of the entire environment.

"I think a lot of people start to think if we are going to push everything to the cloud they won't need anyone to plug in network ports anymore," says Marinis.

"But it always creates new opportunities. It's IT, things change. We don't see job loss, we see job growth and job change. We've never seen anyone lose their job due to cloud computing," says Marinis.

Base2Services has earned a reputation as one of the leading Australian companies in running applications in the cloud. Marinis is often asked to speak at conferences about his experiences working with Amazon as a deployment platform.

"You don't come up against anyone else using the cloud to the capacity they have," says Ingres' Ryan. "Some companies may be using it but Base2Services specialise in it. It's a niche where they're very good at."

Ryan says that deploying over Amazon's EC2 is a competitive advantage over rival vendor's resellers pushing on-premise solutions. In the US market where cloud services are more widespread Ingres has been "quite vocal" about rolling out its databases through the cloud, he adds.

We have lift-off
While Base2Services was originally called in for a database upgrade, Dai Rubicon decided to move nearly all its systems onto EC2. The only box sitting on site is the email server, says Wilson. "We'll probably keep it for the time being, mainly because it's only a year old," he explains. Once it reaches end of life, email will move to the
cloud as well.

The EC2 solution is more flexible and faster, with processes taking seconds not minutes, says Wilson. The Singapore office reports a great improvement in speeds, and clients have better access.

The cloud-based approach came with an in-built disaster recovery plan. And the company's developers can set up specific instances so they can develop individually rather than being locked into one development server.

Wilson says he hasn't experienced any downtime or drawbacks after nearly six months of operation. Interestingly the cost of the EC2 instances is similar to the hardware alternative, except that the money buys much more flexibility and performance.

When asked whether he sees any need to bring a server back inhouse, Wilson answers, "I can't see any.

"When you start going down this path you think, ‘I don't have anything to hold onto, I can't see where it's happening.' Once you get your head around the fact that you're not investing in hardware, it sort of makes a lot of sense for us. I can't see us moving back to hardware sitting somewhere here in Melbourne."

This article appeared in the May, 2010 issue of CRN magazine. Subscribe now