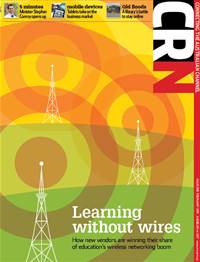 This article appeared in the February, 2011 issue of CRN magazine. 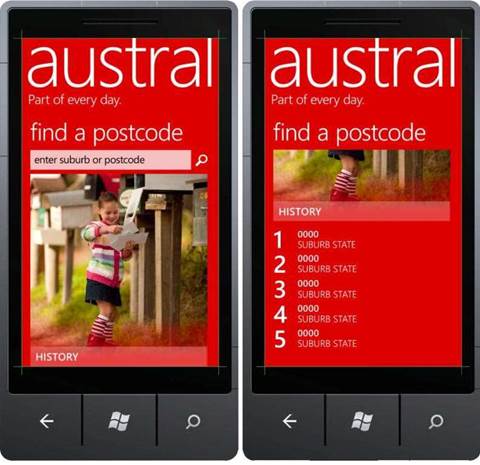 It's something of an understatement that the surge in digital communications over the past few years has taken its toll on Australia Post.

People just don't send letters as often as they used to now that they can send an email or an SMS, Facebook message or log a Skype call.

But this 200-year old Australian stalwart is not planning on fading into obscurity. It is working on several projects it hopes will see it being just as relevant in the digital world as it was in the fading era of envelopes and stamps.

Now, he says, it's playing at the cutting edge, thanks in no small part to the massive surge in online trade over the past few years.

On average Australia Post manages around 20 million parcels every day.

And as online trading via eBay and other sources continues to grow, so is demand for instantly available, fast and transparent delivery services.

"Whatever we do physically we do digitally; we need to be where our customers are conversing," Jacobsen explains.

Last year Australia Post completed the deployment of an application for the iPhone which let users receive quotes and pay for delivery services and track orders as well as locate Australia Post shops and post boxes. More than 300,000 copies of the app have been downloaded.

Yet, in something of a coup for Microsoft, Australia Post is trialling an app for Windows Mobile 7, which it predicts will become more popular with its customers.

"We wanted to write a similar application for Windows," says Mahesh Krishnan, principal consultant with Melbourne-based integrator and software developer Readify, which led the project.

"But we wanted to write a native app as opposed to a web application so they [Australia Post] could utilise device capabilities a lot better, providing a better all-round user experience."

Readify was recently named Microsoft "software application" partner of the year for 2010.

Microsoft has struggled to gain traction on the emerging mobile space compared to its more savvy rivals Apple and Google.

However, the Microsoft solution developed for Australia Post suggests that this may change.

For one thing, the Apple and Android applications are not native. Jacobsen stresses the Windows solution is in fact easier to use and more intuitive, the sort of compliment Microsoft is not accustomed to.

"One of the things we noted was it offers a significantly different user experience [compared with the iPhone and Android-based solutions]. The other platforms tend to be quite static, while there was a sense of fluidity around the Microsoft UI with Windows 7."

The upshot is users have a sense of discovery as they are encouraged to browse and look deeper.

"It gets customers thinking more about the resources available to them," says Jacobsen.

For example if a user is trying to find their nearest post office, the application will not only guide them to that information, but the data is presented in such a way as to encourage further investigation, leading them to other information they may not have considered.

"The menu structure bleeds outside of the screen - it encourages you to slide across - flick through pages. Rather than looking at direct drill it allows you to wander."

The development of Microsoft Office 365 (Microsoft's cloud suite) and the tighter integration between Office and Windows Mobile 7 is expected to spur development of more sophisticated applications for sending and tracking goods.

Australia Post expects to see the results of the Windows Mobile 7 deployment within the next few weeks. Meanwhile it has started to develop applications for both the Blackberry as well as Android-based devices.

"Readify proved they have capability beyond solely working with the [Microsoft Windows] Mobile 7 platform. They have shown they're capable of working cross platform," Jacobsen says.

"They were amazing in terms of speed to market."

As well as expanding its presence in online trading locations, Australia Post is also eyeing opportunities to market its services via social networking sites such as Facebook and Twitter, something which Jacobsen says would have been difficult to achieve a few years ago.

"People didn't like being marketed to then; now more and more consumers are happy for social networking sites to be a location they are marketed to.

"We're already seeing a range of customers happy to promote products through those areas. It will ultimately become an important part of our marketing mix."

Australia Post is expecting a proliferation of specialised communities of online consumers to emerge via various social networks which it plans to target with marketing of services as well as tips and tricks.

"We are taking into account the discrete components of customers with home-based businesses. There is a currently a blurred line between B2B and B2C (business-to-business and business-to-consumer)."

Interestingly, while Australia Post reports use of its mobile applications has grown threefold in just a few months, there has been little if any impact on the amount of traffic for desktop-based applications.

"This amazes me. We're constantly seeing your average punter selling a few things online as a hobbyist, and then suddenly finding they have a full-blown business," Jacobsen says.

"Many of these people are on a very steep learning curve and we want to support them."

Say for example an "eBayer" is looking to send a parcel from one end of the country to another.

They are able to receive their quote for the job and then book it online via their smartphone. The application then produces a tracking number which the user can then enter into the system for tracking the whereabouts and status of their goods.

As well as being extremely quick and easy for users, for Australia Post this means less work that needs to be handled by office or call-centre staff.

As more and more people start to integrate with social networking sites via smartphone devices, Australia Post's ability to deliver engaging mobile applications will become even more critical to its success in cyberspace.

In addition, more and more traditional bricks-and-mortar businesses are expanding their operations online, creating a rich seam of growth opportunities for Australia Post.

And then there's the boom in offshore retailing as customers rush to buy GST-free goods with the strong Australian dollar. Many of these consumers are using Australia Post's delivery applications to compare pricing.

"It appears that many people are doing it to validate pricing of shipping when working with online retailers,"

Jacobsen says. With such a rapid growth in mobile related data Australia Post is eying a number of options to host these applications in the cloud.

The organisation has already dipped a toe in the water with Microsoft Azure, with Jacobsen predicting it will probably have a cloud strategy based around a number of services.

"Like all larger organisations we're looking at this as an easy alternative to footing the costs of doing it ourselves. This is a toe in the water."

As well, he says Azure offers a lot of benefits for mobile application developers, including support for the emerging PHP and Ruby on Rails frameworks.

"What we are already seeing is broad adoption among ISVs in Australia building application using our tool set."

In short, Microsoft set out to not do with Windows 7 what many of its competitors and detractors have repeatedly accused it of doing. "With Windows 7, what we tried not to do was copy," Goldie says.

But with the movement to new ordering, payment and delivery systems, come inevitable questions about security.
Australia Post estimates about 1 million people share some sort of private or sensitive information with the organisation every day. The runway growth of online transactions has given it responsibility for securing vastly larger volumes of customer information.

Any move to cloud-based services must be considered very carefully lest this Australian icon lose some of the trust it has taken 200 years to build.

"Australia Post has been noted as one of top five trusted brands in Australia," says Jacobsen.

This article appeared in the February, 2011 issue of CRN magazine. Subscribe now