Channel chief showing SAP ‘what partnering should be’ 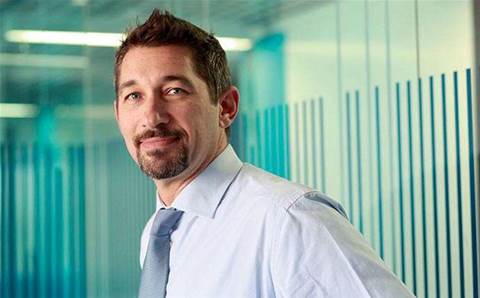 Greg Miller spent almost three years as SAP ANZ chief operating officer before taking up the post as global partner operations general manager in May 2014. Since coming to Australia at the turn of the century, US-born Miller has seen much upheaval in the software and services industry.

“I originally came out of California and spent six years in San Francisco before moving here 14 years ago. I worked with several big names but also a handful of start-ups as well. I came out here [for Oracle] and ended up at Siebel, then went on to PeopleSoft, and cut my teeth on a services organisation, Unisys, for a while. Working for them was a really good learning experience. It’s a very different side of the market to a software company.

“Then I came to SAP three years ago as the chief operating officer for ANZ. After almost two years, [then ANZ president] Andrew Barkla said, as a COO I probably had more of a handle on what was going on in our [channel] ecosystem than most, and it was an area we were trying to grow. We had a channel manager leave and Andrew said: “I want you to take on a partner role and show SAP what partnering should be.”

“It was a bit of a challenge, in a company that – frankly – wasn’t known for its channel.”

“Our Business One product down in the true SME space is probably one of the fastest growing, and overall we’re doing 30 percent quarter-on-quarter [growth] every quarter – it’s going great.

“We’ve got over 100 partners active in the market. Some more than others, but a pretty wide range. You’ve got distribution partners through Dicker Data and their network. You’ve got your traditional VARS, some of which have been with us for a while. And there are several new players. New players are attacking the cloud opportunity, which is one of the biggest opportunities on the go at the moment, not just in the market, but definitely within SAP.”

“At the partner kick-off, there was this undertone that HANA was the arguably the biggest move for SAP in 20 or 40 years. Our businesses like Ariba and SuccessFactors are also driving a big push [into cloud].

“Those [technologies] are leading the way for these newer partners. The long-term partners that came out of that ERP world are struggling with the transformation. How do you take that cost space, that organisation and move it forwards? They are all one way or another finding the right solution to the adjacent space.”

‘Pay back’ the channel

“I’d say our aim is to see 20 percent of the business be driven through our channel. But for a long time we’ve tracked what percentage of revenue is indirect versus direct, and I’m actually moving away from that model. I don’t believe it’s the right metric for us now.

“We’ve launched a brand new program this year, it’s a first globally for us I think. I call it the ‘pay back’ model. It’s a kind of co-sale or referral. This is about market coverage, so I don’t care how I end up transacting, but I want partners in the market. Whether it’s a named account or the smallest SME, I want them out there finding opportunities, finding adjacent opportunities to what they may already be doing and registering that with SAP.”

“My eyes have been opened to the vastness of the ecosystem – the channel that exists in this market. I haven’t been across that in the past. The variety of capability [in the channel] has really impressed me.

“We have partners that are industry specialists – for example, when it comes to retail, they are it. They’re not trying to be every industry. We’ve got other partners who have chosen kind of a horizontal specialisation, like HR. They are HR practitioners and they bring absolutely unique capabilities.”