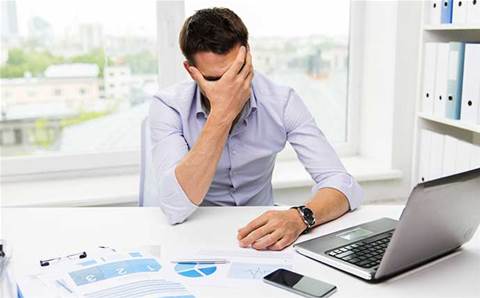 Partnership is one eternal truth of the IT channel; another constant is complaining about those partners.

Developing effective business relationships requires give and take. No one can shut their eyes to problems – real or perceived – by upstream or downstream partners.

This is what drove CRN to quiz our readers on their biggest annoyances. We asked resellers to tell us what vendor behaviour aggravates them the most. We asked vendors what they are sick of seeing among channel partners. From taking deals direct to handing leads to other partners to allowing deal registration abuse to continue, there are several thorny issues that stoke partner ire.

This venting makes for interesting reading, of course – who doesn't enjoy a good moan – but we also hope to provide some constructive takeaways to improve partner engagements in Australia's IT industry.

Few readers will be surprised which behaviour most irritates IT resellers – vendors going around the channel to supply products and services directly to end user customers and cutting out their partners.

Greg Williams, owner of Lincoln Computer Centre in South Australia, said: "The reseller channel is under increasing threat from the direct sales model where pretty much all vendors think the best way to make a dollar is to go direct to their customers. Trouble is, a lot of customers like middleman support, which is where we value-added resellers come in."

The business manager of a Perth-based IT service company told us that one famously direct vendor is now a "four-letter word" in his company. He was sick of customers asking him to quote on systems the vendor was "selling retail on their website cheaper than my buy price. Makes me look expensive in other areas and I just don't need to tolerate it."

This kind of behaviour can get petty, as the director of a Perth reseller found with an information security company. The vendor "once contacted all clients direct and organised renewal". The company cancelled all the licences and "no longer gives end user contact info to vendor".

2. Being too focused on quarters

Consistency is key to effective partnerships. Changing tack every quarter? That's frustrating. Too many vendor reps, driven by the share price demands of typically US-listed parent companies, change strategy with the passing of the seasons.

This enrages their resellers, who are often independently owned Australian companies that are in it for the long haul – resellers whose customer strategy is measured in years, not months.

Craig Somerville, managing director of Somerville Group in Sydney, said: "The fact will always remain that a vendor is driven by a different set of goals, like growth and revenue, where partners are driven by other factors that may be in conflict with the goals of their vendor partners.

"Each organisation need to make the choices that they believe are best for their business, and they are often in conflict. Sometimes, that is just life and the market will be the judge of the outcomes," Somerville added.

Pricing is an artform. Too high and no one will buy, too low and the margin evaporates. Prices remain a lever vendors use to drive revenues and to reward partners for getting certified or achieving sales volumes.

But resellers are apt to lose their patience at the first whiff of unfairness in pricing, such as as better pricing for direct staff or for other partners.

Vernon Yates, director of Medical IT in Brisbane, said there was "no reward for loyalty". He added that customers can still buy the same item from retail outlets at prices less than the price he gets from their primary distributor.

Chris Poulton, director of Calcomp Equipment in north-western Sydney, complained that too often, vendors "change the rules of the game to suit themselves in order to win a bid and cut out the reseller".

"They claim that the power is out of their hands and the financial terms are dictated by their management overseas. However, on certain government tenders, large vendors can go in under cost price in order to keep out their competition. This is called penetration pricing and very often the IT equipment is being sold into government at below their own import cost. They can then claim a rebate from the parent manufacturer. Resellers can go nowhere near these advantages the large vendors have," said Poulton.

Deal registration is often held up as a shining example of a vendor protecting their partners. But too often deal reg itself becomes the problem.

Vendors that are perceived to have ignored their own deal registration rules can expect scorn from partners. But often the problems start with the partners themselves when they exploit deal reg systems to shut out competitors.

Like many things in business, if the problem was addressed constructively, it could actually foster greater loyalty. But too often it frays relations.

In a poll of CRN readers, many pointed to deal registration as a key bugbear in channel engagement.

"Deal registration is often broken or manipulated for smaller partners," one reader said. "It is generally swept under the carpet if you question it. This behaviour is generally not the same for larger partners that have more influence."

Another told us: "Often we find other channel partners will try and muscle in on opportunities even when they are not active in the account and try to convince vendors that they should be the preferred partner.On other occasions, some channel partners have used deal reg from another customer account to negotiate better pricing from a vendor."

Sean Boyd, managing director of networking specialists Beachhead Group in Artarmon, Sydney, said: "Some vendors won't unlock a deal reg even if an end user does not want to deal with the partner who established the deal reg.

"Deal registration is designed to stop drive-by, but in this case it actually encourages it and the vendor claims integrity of the program," said Boyd.

5. Bringing in other partners

Favouritism is a risky endeavour (just ask a parent). In the IT channel, vendors that play favourites can seriously ruffle the feathers with the rest of their base.

Sometimes this preference is to do with size – small resellers make up the largest segment of the IT sector, but tier-one IT solution providers are typically highly visible and the most prized.

The managing director of a Perth-headquartered communications provider said: "Over our 17 years in operation, we've had experiences with vendors either changing loyalties or outright betrayal in the engagement taking a deal we had worked on for a long period of time and then handing it off to another partner who had contributed nothing at all."

The general manager of a Brisbane-based reseller said: "Vendors often support platinum partners over partners that have actually generated the interest in the vendor's solution.

"Most of the major integrators exhibit predatory behaviour and leverage their vendor rebates to drive prices down and win business against smaller partners," he added.

The director of a Melbourne-based network integrator said his company struggles to compete with the major telcos, which sweeten the deal using their "tech funds", which customers can spend on their broad catalogue of products and services. This "kills competition", he said, "and vendors give them the best pricing because they support this anti-competitive behaviour".

There's no doubt that certification is important in a complex and highly skilled sector like IT. But can this be too much of a good thing? Yes, according to partners, who bemoan the administrative burden required to work with some vendors.

A solution architect at a major Sydney-based reseller complained about "the excessive amount of training required to be 'certified' to sell each vendor, as well as the number of webinars and partner events and enablement sessions".

"I could spend the majority of my time going to events if I wanted to,"

7. Demanding exclusivity (without offering it in return)

Resellers get riled up that vendors want them to only sell that vendor's products, especially when the vendor will typically have many, many other channel partners themselves.

The director of a Melbourne-based network integrator said: "We often experience different vendors deciding to deal with another much bigger partner if they believe there is even a slightly higher chance of winning a deal – even if it isn't true, and we have deal reg."

What is your biggest bugbear about working in the channel? Leave your comment below!

Cloud application revenue made easy
By Steven Kiernan
Jul 28 2017
7:00AM