Channel too small to burn bridges 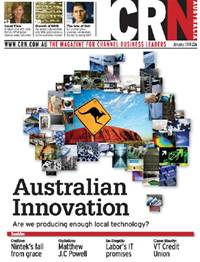 This article appeared in the January 2008 issue of CRN magazine. The Australian channel is a small place. It’s amazing how much channel players know about partners’ and rivals’ businesses. Rumours spread like wildfire and reputations are vital for a successful channel business. Many well respected channel figureheads have distributor and vendor relationships set in stone. However, if you burn your bridges with even a single distributor or vendor, people talk – before you know it you’re considered an unreliable partner.

Highlighting this point is the demise of retailer Nintek which allegedly failed to managed distributor relationships and on 2 January went into liquidation (www.crn.com.au/News/?100464).

At Haymarket HQ our friends at Atomic, Josh Collins and Dave Field, have been digging around to get to the bottom of how one of the strongest Australian retailers fell from grace. They believe Nintek was offering bulk discounts so good that other retailers complained to the distributors about Nintek’s practices. Some computer stores threatened to stop stocking entire brands or the entire range carried by the distributor unless action was taken.

Distributors became reluctant to deal with Nintek as it would occasionally sell products below cost to maintain customers. They’d bundle a piece of below cost gear with a product that had a large profit margin to make up the difference and appear dirt cheap. Maybe this part was harsh on Nintek if they’d found a business model which worked for them and the customers. But what they did next did them no favours in Australia’s tight-knit channel.

To work around the Aussie distributors, Nintek bypassed them and talked to manufacturers in other countries. Nintek became a retailing distributor for Crucial USA and Noctua’s European headquarters and Taiwanese power supply manufacturer Hiper was also introduced to the Oz market. This wouldn’t have gone down well with Nintek’s jilted distribution partners, further stretching already fragile relationships.

Atomic readers also believes Nintek’s delivery became horrifically slow, so much so that members of Nintek’s forums organised their own bulk purchases and handed the order to Nintek, teeing up deals with overseas distributors so all Nintek had to do was take the money from customers and give it to the distributors.

If the above is true, Nintek’s name and management have been dragged so heavily through the mud that even after liquidation they may struggle to rebuild channel relationships.

Be innovative, be aggressive, but also be aware the IT channel is built on partnerships. Trust is like a vase. Once broken you may be able to fix it, but the vase will never be the same again.
Got a news tip for our journalists? Share it with us anonymously here.

This article appeared in the January 2008 issue of CRN magazine. Subscribe now