Check-in networking has arrived, does it fit the model? 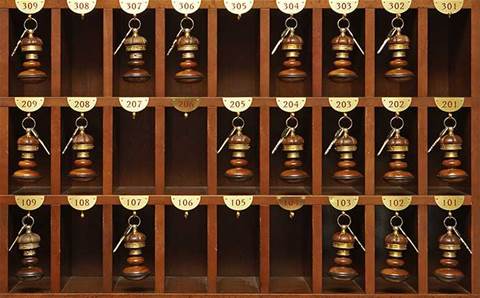 Consumption pricing is now very familiar to everyone in IT. We use it to procure cloud services, subscription-based software licenses, and even some devices.

We’re less used to it when it comes to business networking services, which is surprising when you consider how ubiquitous networking really is. On-site, there are switch ports to connect to, phones on desks and routers that move packets around. There’s physical cabling that wires it all together, and wireless networks for roaming around. There are also connections between sites, moving bits from on-site servers to those in colocation facilities, across the planet and into the cloud.

The network, just like the plumbing, tends to get overlooked unless it’s broken, and yet it’s a critical part of the modern IT setup.

Consumption networking at a glance

When we talk about consumption-based network infrastructure, we’re talking about only paying for what we use, rather than buying the gear we need upfront. It’s the same idea as renting servers in the cloud, but there are some interesting nuances when it comes to networks.

For a start, the network needs to exist for cloud to be an option. Even if your entire company is a completely cloud-native operation, you still need some sort of network to access it from wherever you physically are. You might have no servers and do everything from a laptop or a phone, but you still need a network. Until recently, network services have largely been purchased upfront, either by purchasing physical switches and cables, or access points for wireless.

“Consumption pricing is very much a thing, and it’s a growing thing,” says Mario Vecchio, APAC managing director for BigSwitch. “Customers are moving to public and hybrid cloud and using consumption pricing there, but also in their own data centres.”

Vecchio says the familiarity with cloud-style services and the “push for more automation and efficiency” is driving demand for consumption approaches in other areas. Customers are starting to see networks as just another service they can buy from someone else, instead of building and operating themselves. “More customers are asking themselves, ‘Am I in the business of doing this?”

Flexibility is a key benefit of consumption pricing. If you suddenly need more ports or more wi-fi coverage, consumption- pricing works well. You can simply add more ports and pay for the delta, rather than needing to order a bunch of new gear and wait for it to turn up and be installed.

Similarly, if a customer no longer needs the capacity because a project winds up or a peak processing period is over, you can simply stop using – and paying for – network services you no longer need. It’s this speed and flexibility that has driven the explosion in cloud adoption.

Alcatel-Lucent Enterprise and its partner, UXC Connect, recently moved customer AccorHotels to an opex-based billing model for its communications systems at the new Pullman Sydney Airport hotel. It’s a classic example of a technical and business solution that aligns well with the customer’s business.

Hotels depend on occupancy rates to make money. If there’s no-one in the room, paying for amenities like the phone just adds to costs that aren’t being recouped. You’re not paying for power to the lights that aren’t on, so why pay for a phone that isn’t being used? The AccorHotels solution means the customer is only charged for the phone if the room is checked in during any given 24-hour cycle.

This closely matches actual costs with the revenues generated for the customer, which no doubt has accountants everywhere grinning with joy.

There are plenty of things to be wary of when it comes to consumption pricing. If you change your mind about your network provider, it’s not as simple as changing mobile phone providers, where you can keep your number and you don’t even need to bring a physical phone with you to switch. A building full of cabling and switches, on the other hand, is quite a different experience.

“The flexibility is technically there, but the switch-out costs are often so high that it’s unfeasible,” says Jorge Ferreira, director of operations at ASI Solutions.

This switching cost creates a natural barrier, so keep it in mind when you’re working out the cost of choosing a given package. How unhappy would you have to be to justify the cost of changing, and can you avoid getting to that point?

Another option is to take a rent-to-own approach, where you have the option of purchasing the kit outright. Maybe you decide that running operations yourself is worthwhile, or maybe your source of funding changes. It might be a better choice than to rip-and-replace with a completely new solution.

There’s also the reality of funding.

“Some people don’t want recurring costs because of the way their budgets are structured,” says Mark Verbloot, director of systems engineering for Australia and New Zealand at Aruba. “So they’ll pay for the infrastructure and three years of maintenance upfront.”

This is particularly common with ‘use it or lose it’ budgets, where failing to spend money one year will result in less money the next. Leaving the prudence of these finance policies to one side, it’s a reality of the market, so expecting all customers to move to consumption pricing – for any IT, not just networks – is unrealistic.

Consumption pricing involves a different allocation of risk to upfront purchases. The vendor or reseller are taking on some of the forward planning risk.

As a partner designing a consumption-based service, you need to be on top of your capacity planning and risk modelling, lest you suddenly have a demand from a customer for ports you can’t fulfil, or a bunch of inventory sitting around unsold. Matching capacity to demand is an age-old problem.

“You need to separate the technology decision from the business decision,” says Verbloot.

How can I use it?

“You have to start talking to the customer about their business, not the technology,” according to Steve Saunders, vice president of cloud services at Alcatel-Lucent Enterprise. “We have to change the way we engage with the customer if we’re going to be selling a service.”

Solving a business problem means being able to have a very different conversation, and with a different audience than the head of networking. The CFO is less interested in the switch features and routing protocols than they are in the discount rate you’re applying in your TCO comparison of options.

“We [network vendors] pretty much do the same thing,” says Saunders. “We move packets from place to place.” While this makes the basics of a network offering a commodity, and therefore ripe for a utility-style consumption service, it also means customers can see little benefit in change.

“Our number one competitor is ‘do nothing’,” he says. “Customers will stay with what they’re used to if they need to manage it themselves,” says ASI Solutions’ Ferreira.

For resellers, part of developing your consumption-based approach will be getting a good handle on the financing options available, and how they match the technical design and the customer need you’re meeting. All three need to be well aligned for you to be able to sell equally well to the technical folks who influence the deal going ahead and the business people who ultimately sign the cheque.

“The role of the CIO has changed,” says Aruba’s Verbloot. “They have to understand finance.”

There is plenty of scope for growth in consumption-based networking because its use is really in its infancy.  The challenger brands are keen to use the consumption approach to differentiate themselves from more established players and win customers. There are plenty of  use-cases where it’s a great fit, and they will do well.

However, the physical realities of networks create natural barriers to a full-scale move to consumption services. They’re tightly coupled to the use of other on-site services and, for a lot of customers, there just isn’t the variability in consumption to justify the higher price of flexibility on-site.

The sweet spot is with customers experiencing fast growth or a major change in their business that requires them to respond quv ickly in an uncertain environment. A reseller who can bring them a ready made package of services that matches the business need will do well.