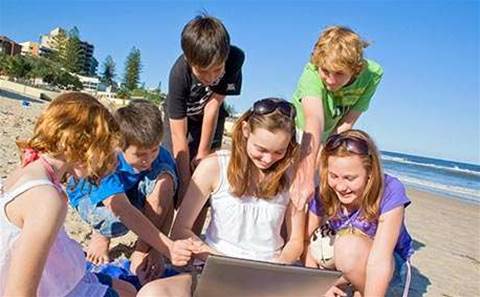 Queensland’s Sunshine Coast Council public wi-fi has logged 500,000 sessions over the past 15 months, says industry enablement coordinator Michael Whereat. And the wi-fi is hitting speeds that would make many ADSL users weep – up to 6Mbps down and 1Mbps up. The council contracted BigAir for a turnkey solution.

“The clear thing for me is not to run a network, it’s to ensure the person who puts the network in place does a good job of it,” Whereat says.

As one of Australia’s leading inbound tourist destinations, the Sunshine Coast had a clear incentive to help overseas visitors stay connected to their families and businesses, he says.

Although it’s hard to quantify the return on investment from the wi-fi rollout, there’s been a strong adoption from tourists as well as residents, especially those using the local public libraries.

“We know that in our northern areas in particular we have international backpackers who are certainly consistent users of the network,” Whereat says.

City councils are just beginning to toy with how they can use a device’s unique digital fingerprint – its media access control or ‘MAC’ address – to direct spending. For instance, identifying how long users dwell in an area or where they go offers clues for future development.

The City of Perth is looking at this closely, says its chief information officer Jonathan Stoate.

Perth reseller TSG helped the council with the site survey and provides equipment under a cost-plus margin arrangement over the next five years. Stoate says: “Our partner knows they’ll make money, and we won’t be overcharged if prices come down.”

Perth was fortunate that it had good optical fibre infrastructure for backhaul as well as poles and space for the 40 access points, thanks to its installation of a CCT surveillance network in the 1980s. Although in many cases, new cables were laid in existing ducts for the wi-fi network. WA telecoms provider Amcom supplies the fibre backhaul.

But there is no Minority Report-style of spying on users, linking their personally identifiable devices with live video camera surveillance in real time, he says.

“There’s an air gap between the public wi-fi and everything else we have,” Stoate says. “That simplifies the security model.”

The rollout of future infrastructure is largely dependent on other capital works projects. For instance, deploying access points and backhaul in conjunction with building new roads and rail tamps down costs.