Citrix channel chief opens up on plans for 2019 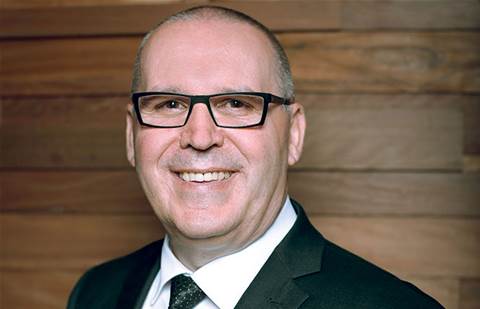 After a long career at Cisco,  Brian McColm is breathing new life into Citrix’s channel as director of channels for ANZ.

I spent just over 20 years at Cisco in various roles, 12 years working with service providers and eight years in the channel in various positions.

In that long career, I’ve met a lot of people in the industry. One of the people I worked for was Les Williamson, and when I left Cisco in April [2017], Les contacted me and we started chatting about Citrix.

If I was being completely honest with you, I would say that we were underinvested in terms of the resources that were front-facing with the channel.

I’ve tripled those resources in the past 14 months across the partner account manager side and the marketing side of things. So we’ve gone from something like five people to 15 people.

So we’ve taken it very seriously in terms of our bet into the channel. But I’m also a director of the company, so I get very heavily involved in other roles we’re hiring for as well.

The good thing is we’re growing. We’ve had a fantastic year last year and we’re looking good this year, so we’ve been recruiting extensively across the business in key roles in enterprise, corporate and the technical space as well.

A lot of people think of Citrix from the apps and desktop perspective, where you can access any device, anywhere, anytime. That has been the message, but I think the market has evolved from that. That’s certainly not going to get you in the door in the market place.

What we’re doing now is bridging the old and the new, and bridging to this new concept of the digital workspace.

It’s the opposite of what we’re talking about with the virtualised desktop. That’s not representative at all of what this all should be. It’s about any device, any application.

I think we are moving from that virtualised application space.

We’re looking to unify our portfolio. What I mean by that is rather than selling apps and desktops and analytics, we’re pulling that together into a cohesive platform of services, unifying at the back end the different structures that we’ve got.

That gives our partners more solutions to sell that are more relevant to the market, and increases the total market for them as well.

The last thing we are doing is expanding the business to new growth areas. We’ve got good stories to tell in areas like SD-WAN, security and analytics, and we are definitely looking to expand into those markets.

Les came on board and realised early on that the market has basically spoken with regards to how it wants things to be delivered, with the cloud and with partners.

It then was about having the conversation with them. And that’s what we’ve been doing now for the past year. We’ve been getting out there and having that conversation and building that relevance with them. Now I’m at this stage where I know the people we’re working with, what’s working, what’s not, and I think what we need to do now is we need to look at how we invest in our partners.

I’m building up to the stage now where I am going out to talk to born-in-the-cloud partners. Because we’re big with Microsoft and 365 etc., there’s a lot of partners that we can go and have a conversation with to add value to their experience of Microsoft.

MSPs are a big play for us. The MSP side of things speaks to our Citrix service provider program where MSP’s can pick a platform like a desktop-as-a-service, network-as-a-service or gateway-as-a-service. That makes it very flexible for them and they can make good money from it.

The whole MSP base with the partner program we’ve got – which I really believe is a key differentiator for us – is a growing area for us as well.

You spend a long time with the one company, you’ve done things a particular way, and you bring those lessons to another company. It’s obviously natural that you want to use that experience that you’ve had in the previous company.

Sometimes that’s just not the right thing to do because maybe there’s different culture within the company you’re going to, or you’ve got a different partner set, or you’ve got different levels of relevance with a particular partner. So one size does not fit all.

You have to be prepared to really sit there and listen to your team that you’ve got in the new company, and not just go ahead with the experience you’ve got, what you think. That is not necessarily the right thing.

When I look at the portfolio that we have, when I look at our position in the marketplace, I just think we’re understated in what we do. I think we need to get out there more and talk about it. I think we’ve got a lot of good things to say, and now is the right time to be doing that.