Clients' stories about MSPs: the good, the bad and the ugly 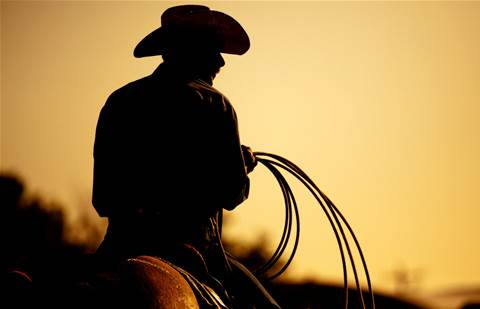 We surveyed the executive tech buying readers of CRN's sister publication iTnews including CEOs, CTOs/CIOs and IT managers, for CRN’s State of the MSP report.

129 MSP clients told us their worst & best customer experiences, containing 178 complaints and 184 compliments. Read the miracle and horror stories below.

The five most common compliments in clients’ good experiences of MSPs touched on: 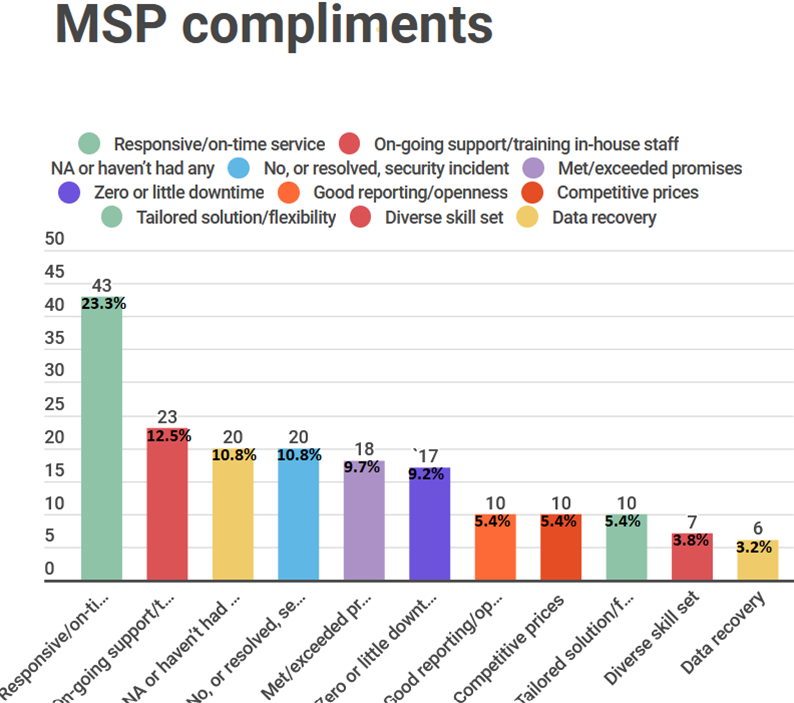 “We had a virus outbreak and thanks to the MSP we were back up and running within a week. A similar event in the past took three weeks to recover.”

“Engaging with an MSP to conduct a review of on-premise servers and Azure-hosted services. The recommendation was further consolidation to Azure, saving an estimated opex of $95k per month and annual contract costs of $350k.”

“MSP was highly responsive - on a weekend when a server failed and we needed to get a tender response out the door by Monday.  They pulled out all the stops to get us back and running.”

“Upgrading (in the beginning) from 1 Netware server to a fleet of MS & Linux servers, followed (over the years) by a change of software, services & cloud offerings that have allowed both staff and business to grow significantly.”

The value clients placed on quick responses to unexpected problems and delivering project goals on time was also reflected in other answers to the State of the MSP survey.  When asked what factors were most likely to cause clients to switch to another MSP, for example, 74 percent included 'responsiveness'.

The five most common complaints in clients’ bad experiences of MSPs touched on: 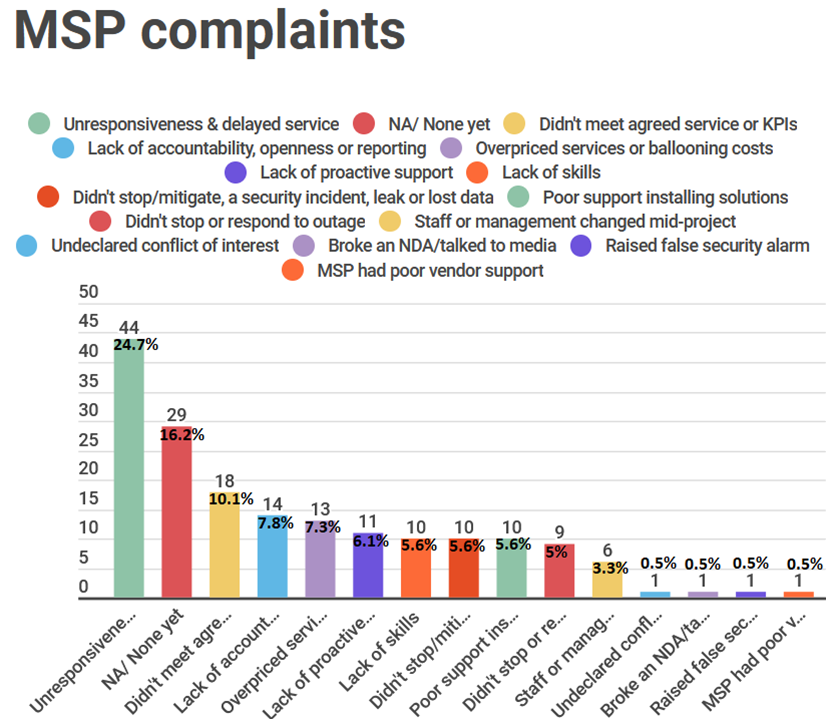 “One of the MSP tech have copied our data to a different client's laptop which was a data breach.”

“Dynamics 365 implementation went off the rails because the code supplied by the implementation company was written by graduates and untested causing system failures after pre-production testing.”

And then there is such stuff as dreams — actually nightmares — are made of.

“We had a high-profile project and against our statistic-based recommendations, our management went with a terrible MSP because the latter promised them cheaper prices. After the terrible MSP won the contract they confessed that their prices were inaccurate and just like that the costs for the project doubled. They also admitted later that they lacked the required expertise. Management tried to save face by flat-out denying there were problems whenever we discovered them. The project was a complete disaster and I resigned as a result. Afterwards, we had to re-do the entire project with a different MSP and the terrible one renamed themselves.”

“MSP failed to identify and action the impending outage to the business email system, this brought the sales and dispatch areas to a standstill stopping the dispatch teams on shipping out product for 36 hours.  Loss of revenue and delays in our flow on customers”

“Inability to solve excel related issues that caused the files to break links for old documents v-lookup. The data was not saved and resulted in losing critical data.”

“Our previous MSP delivered well but couldn't keep their mouths closed. After they released to the media confidential company information we had to end our agreement instantly.”

Actually, that last one sounds pretty good to us.