Collaboration soars amid death of the deskphone 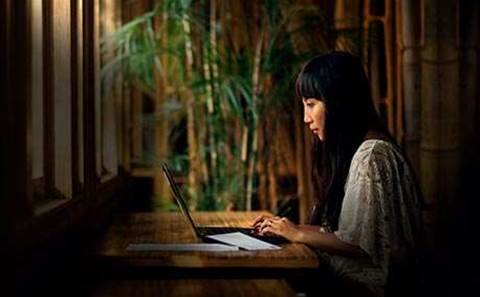 In the middle of the Indonesian jungle perched on the side of an active volcano and wedged between picturesque rice paddies lies ‘Hubud’, a place that shows the transformational power of unified communications in our globally connected age.

Hubud is a co-working space, or ‘hub’, populated by 30 ‘digital nomads’: entrepreneurial, smart young things mostly working on the next killer start-up. The attraction of this smart-working nerve centre –which is based in Ubud, a wellness mecca about an hour’s drive north of Kuta, Bali – is that it combines a backpacker holiday with what amounts to an accelerated MBA.

Those who come here pack every digital device imaginable: laptops, digital cameras, tablets, smartphones and portable hard drives. What you won’t see on Hubud’s shared trestle tables is the humble desk phone. For this cordless generation, ‘softphones’ (programs that act like desk phones but run as apps on mobile devices) and collaboration tools such as instant messaging and social media have replaced the trusty handset.

The irony for ‘netpreneur’ and Dutch freelance journalist Liza Jansen is that even while launching her start-up – Newspresso, a news magazine for busy women – in this remote place, she felt hyper-connected. The village made famous in the book Eat, Pray, Love and studded with yoga studios, juicerias and wellbeing gurus has ubiquitous Wi-Fi. Hubud’s high-speed broadband would be the envy of many Australian businesses.

Even while Jansen and her ‘tribe’ of start-up founders were climbing volcanoes they still had mobile phone coverage, she says. “You’re in a place where you want to spend as little time as possible behind your laptop. It’s proven more efficient to work from Hubud than from home because you want to get out [and enjoy the attractions],” she says.

What enables global enterprises to launch in places like this and grow rapidly is cheap access to broadband and the unified communications (UC) and collaboration applications that ride on top.

Jansen, who slid an iPhone, iPad and MacBook in her backpack before flying the 12,000 kilometres from Schiphol to Bali, set up WhatsApp and closed Facebook groups for collaboration. Skype kept her in touch with clients using its voice, video, chat and presence features to work almost as well as if she were in an office overlooking the Amstel.

“It was an eye-opening experience seeing how much is possible by having a reliable internet connection and the power of co-working,” she says, not to mention collaboration technology.

Only a power outage shattered the illusion. “It was annoying right when I had to submit something but [the editor] said that’s because you’re in Bali as opposed to a normal place. Which was just them being jealous because they were stuck in wintry, depressing London,” says Jansen.

Telecommunications analyst Rodney Gedda says that after 15 years of false starts, UC is “gaining traction, finally”. He says business uptake that languished at 10 percent, ticked up last year to about 12 percent.

“The problem is it has been complex and costly to set up,” says Gedda, an analyst at Telsyte, owned by UXC Limited. “But now there are more options from telcos.”

He credits the work by solutions providers for integrating new entrants such as Microsoft and Google. “I wish more organisations would go down that path to give workers a more efficient way to collaborate,” Gedda says. “Take the concept of the office PBX [private branch exchange] and push it out to the mobile device.”

Office workflows can then be completed on mobile devices. Documents shared, commented and approved. Invoices completed and signed. Financial figures shared across workgroups and subject experts consulted with clients, just for starters. “One extension follows them everywhere. There’s no limits to what you can accomplish on a mobile device, but the infrastructure has to support call routing.”

Many organisations are deploying activity-based working (ABW). Consistent with 1980s hot-desking, ABW divorces a worker from a specified workspace. Proponents in the Australian IT sector include Microsoft and Brennan IT.

Today’s workers are often supportive of the change – and what supports them are better tools, Gedda says. “You want to integrate with chat and project management to see if people are online, what work they’ve done. If you have UC on the network, and APIs [application programming interfaces, or hooks between software programs] are available, you can integrate multimedia in any application.”

Gedda also sees the end of the desk phone, with Skype the most popular softphone, “even more popular than PBX vendors’ softphones”.

“People have expectations of softphone features because of experiences in their personal lives,” says Gedda.

Users expect the same experience in the workplace with the ability to share files and see who is online. “The corporate world is playing catch-up in the softphone world. And when organisations decide to use corporate softphones, their user base will already be well trained.”

Next: Handsets in decline