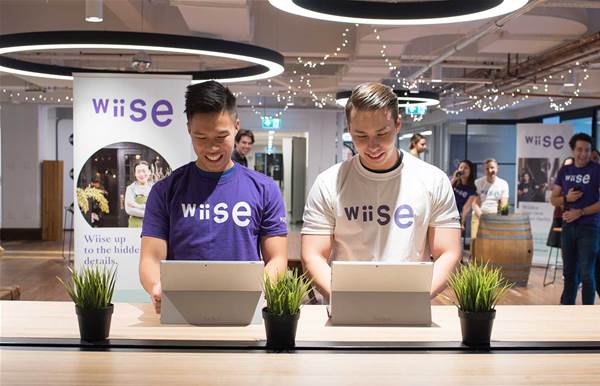 COMMENT  |  Never a dull moment in the Microsoft channel. Witness the surprise announcement in late May that KPMG Australia was teaming up with the Commonwealth Bank of Australia to sell a version of Microsoft Dynamics.

That’s right. One of the largest banks in the world will soon start promoting a Dynamics ERP directly to its business customers from within the NetBank and CommBiz online banking portals.

Microsoft and KPMG are already talking about taking the model overseas. Microsoft says the concept has generated a lot of interest from several global banks.

And that is great news for Microsoft Dynamics partners.

KPMG does have a Dynamics team in place, care of its Hands On Systems acquisition in 2015. But the partner in charge, John Munnelly (former owner of Hands On), says KPMG won’t do it all.

“At this scale we need partners and we are using the Microsoft channel to provide services such as configuration, implementation and training,” Munnelly says.

The product, which launches in July, is called Wiise. It is in fact a relaunch of Microsoft Financials for Office 365, a project that Hands On Systems initiated with Microsoft in 2014.

Wiise is based on a multi-tenanted SaaS ERP platform for SMBs called Dynamics 365 Business Central. The software contains a subset of features from Dynamics NAV, a simpler interface and setup wizards to make it extra SMB friendly. It was previously known by the catchy title Dynamics 365 for Finance and Operations, Business Edition. This is the third rebranding in the past 18 months.

Munnelly plans for Wiise to be more than just a rebadged Business Central. CBA has a development team working on integrations that will add bank feeds directly to the ledger (á la Xero) and online payments to invoices through CommBank Simplify. CBA will also give Wiise users the ability to pay suppliers from within the ERP itself, eliminating the need to authorise payments in an online banking portal.

KPMG and Microsoft have development teams working on Wiise too. This will take the form of benchmarking, custom reports for specific industries and dashboards. The roadmap includes AI-driven features based on Microsoft Power BI, Cortana and Analytics, and developing high-value components such as supply chain management and benchmarking.

“As the customer uses Wiise, elements can understand the behaviour of the customer and offer advisory services. If your receivables are running at twice that of your peers, here’s how we can tighten your credit controls,” says Steven Miller, Microsoft’s director for education and a keen supporter of the project. “One of the focuses is using AI capabilities in Business Central and Azure to develop work practices that support customers. KPMG and CBA will provide the data to fuel automated advice.”

It’s an unusual partnership but one that could actually work. Each of the players has a strong vested interest in making it work.

The disruption of accounting services is well underway as Xero, QuickBooks Online and MYOB aggressively automate data collection and categorisation for tax compliance. Deloitte, PwC and now KPMG have burned millions of dollars in fairly unsuccessful attempts to reinvent themselves. Wiise is another throw of the dice.

“It is an opportunity to digitise our advisory services,” says KPMG’s Munnelly. The firm will have access to data in Wiise to sell services for managing supply chain and cash flow.

The disruption of banking is also in full swing, particularly in the lucrative business lending market. Wiise gives CBA a way to stay in touch with SMBs and market itself as an innovative partner. (Some of the integrated banking features will be exclusive to CBA, at least initially.)

CBA plans to offer business loans from within Wiise, calculating interest rates on the fly using the accounting data in the file.

And Microsoft gets to promote its ERP to one of the largest customer bases in Australia for free, bundled with an advisory service from a Big Four firm.

And the channel? Hopefully Microsoft Dynamics partners will pick up a swag of customers upgrading from Xero and MYOB. Sounds pretty good for all involved, really.