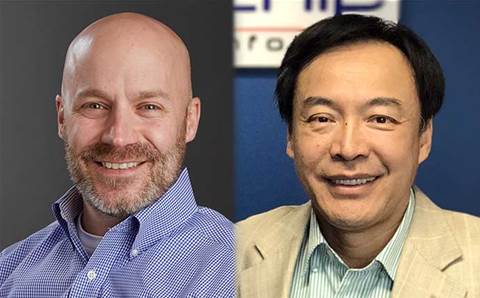 Who manages the managed service provider? It’s a meta question that Continuum hopes to solve with its arrival on Australian shores. The cloud-based IT management system promises to remove the need for MSPs to support their own systems, freeing up staff to spend more time with clients.

The US-based remote monitoring and management vendor has appointed its first distribution partner for any country, Bluechip Infotech. It’s a big win in the distie’s bid to get more traction with the MSP market.

Bluechip managing director Johnson Hsiung said Continuum was well suited to mid-sized MSPs, and that his company’s partnership with the vendor was a knock at opportunity’s door. “This comes at a very good time,” he says. “For the past 18 months we’ve been focused on signing up more MSP partners, especially in the medium and small range. I believe there would be roughly 3000 MSPs in this market, depending on who you talk to,” he said.

It’s that midmarket space and Bluechip’s increased focus on it that makes the distie confident it could drive adoption of Continuum, in addition to its meeting of minds with Continuum’s APAC senior channel development manager, Frank Bauer, who is leading the vendor’s emergent charge down under.

“[Continuum] have just entered the local market,” Hsiung says. “Before this year they did not really have a presence here. Frank comes from a very strong channel background. He used to work with Ingram in the US, so he knows how they work. Someone like Ingram is probably too big for Continuum, because the company is a rarity, they are a small vendor, and they understand that.”

Bauer tells CRN that Continuum has gotten off to a good start in the region, confident the market is a good fit for the vendor. “We understand the economics of the Australian market and knew that our solution set, both our products and our services, would fit well within the Australian market just because of the cost of employees within the greater APAC region.

“We’re sitting at about 130 partners across ANZ specifically and we’re onboarding at a very good pace.”

How did Bluechip become Continuum’s first distributor anywhere in the word?

“At the beginning of the year, we held a small conference back in March called Australian Partner Day. We do this in the UK, we do this in Australia, and it’s an extension of our global partner user conference called Navigate,” says Bauer.

“We met Bluechip at that event and really hit it off, found a lot of similar traits, similar guiding principles to our organisation so we were very interested in progressing that relationship further quickly.”

The solution isn’t without competitors, with Solarwinds, Kaseya and Connectwise all well established in Australia. However, Bauer reckons Continuum has a niche. “Each of them really has their own differentiating feature, but at the end of the day, they’re largely just software packages and, with that, managed service providers are required just by the nature of that software package to have somebody manage it, update it on an ongoing basis and that takes time,” he says

“You’re taking a technician out of the field who could be generating revenue for an organisation and are now attributing them to a cost to your organisation. They’re not generating money for you out in the field. They’re working on a toolset internally and pretty much all of the RMM tools out there are like that today.

“Where Continuum is a little bit different is, we take that management layer largely off of our managed service provider partner’s plate. We’re a completely hosted platform and, with that, we’re able to roll out updates globally to our partner base.

“The next phase is that we have to start generating and remediating tickets. Again, all RMM platforms do that, but again, that’s an area of differentiation for Continuum because we can begin remediating those on our partner’s behalf. Taking those tickets off our partners’ plates so, again, they can turn those technicians back into the field to generate revenue in the form of billable hours.”

For Bluechip, the deal is part of a larger move towards as-a-service solutions.

Bluechip product manager Tony Tarhan says the vendor’s “hands-on” approach to enablement will make this process all the more comfortable.

“One of the differentiators of Continuum is the human element to it. As a vendor, they’re still very hands-on. Not just when it comes to the RMM solutions, where their network operations can take control of spikes and monitor them for MSPs and end‑customers, and even has the opportunity to rectify any issues that come up. Even when it comes to training they are a very hands-on vendor in terms of customer enablement,” he says.

Bluechip won’t waste any time making the most of being Continuum’s inaugural vendor – a position Hsiung sees as a milestone.

“It’s quite significant, because previously, with the other vendors we have picked up, we’ve been the underdog. We were behind,” he says. “This time, with this partnership, we are the first.”