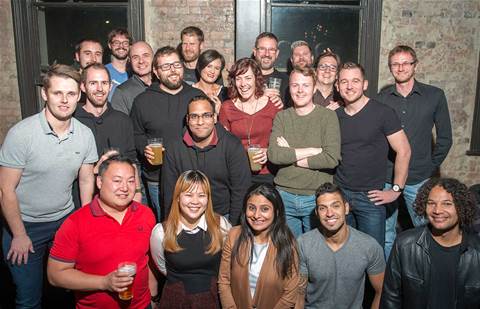 Cevo may be a rare breed when it comes to companies that can expound the virtues of agile and devops business practices and actually have the credentials to back it up.

Since its formation in 2015, Cevo has made a name for itself in its own right in professional services, hand-in-hand with its partnership with Amazon Web Services. The Melbourne-based company has already found success early on by growing 249 percent last year and taking out the No.2 spot in the 2017 CRN Fast50.

Cevo general manager Hannah Browne said the key to managing the company’s growth had been staying smart about who to hire and what kind of work to take on.

“We never want it to be said about Cevo that, ‘they used to be great but now there’s 80 and the quality is patchy depending on who you get’. We’ll continue to scale at a pace that makes sense for us, that allows us to deliver really great outcomes for our customers and as a result, we’ll grow the team accordingly.”

In terms of working with customers, Cevo comes into its element when working with those  “courageous executives who are driving a progressive agenda, using an agile or devops mindset that’s pushing for more autonomy and more flexible workplace practices in their companies,” according to Browne.

Despite being pragmatic about the customers it works with, there hasn’t been a shortage for Cevo. The company is in the midst of helping one of its largest customers to date in the entertainment market migrate to Amazon’s cloud.

Along with the addition of new customers, Cevo managed to more than double its headcount in the past year from 15 to about 35, which includes hiring Melbourne devops expert Pete Fuggle in February.

Cevo has another two new hires from the Australian software services industry coming in March, which Browne expects will have a big impact on the company.

“I’m feeling very optimistic about what effect that will have on our business, to have a group of us that are focused on how we can help customers drive a progressive agenda in their organisation and how we can help them execute that.”

Looking ahead, Browne said she hoped Cevo would be able to re-establish its New South Wales business in 2018. There’s also new technologies Cevo is keeping an eye on that Amazon has thrown its weight behind, such as AI.

“We’ll be working out how we can support our customers to experiment in [AI and big data] because very few organisations are set up to be able to experiment effectively in ways that drive value for the organisations,” Browne said.

“I think Amazon is the 200,000-pound gorilla in the room, their solution is proven and scalable and there’s a mass of organisations now that have trod that path that make it a safe bet for a lot of other organisations.”

Another area Cevo has set its sights on is security, a market that a handful of successful CRN Fast50 companies have managed to tap into, such as former winner The Missing Link Security.

“I know that it’s not particular sexy, not like AI and the big data movement, but we want to help organisations get basic security hygiene in place that allows them to be best prepared against malicious attacks or loss of data. We still see these glaring gaps across our industry where very basic security hygiene isn’t prioritised.”