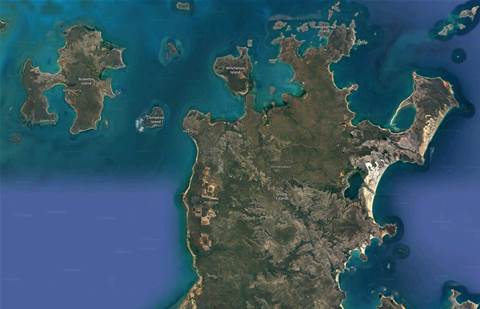 The Groote Archipelago is a collection of islands in Gulf of Carpentaria. Home to the Anindilyakwa people, the islands lacked connectivity.

But the Anindilyakwa Land Council  (ALC) wanted to change that. The Council operates cultural centres and wanted to connect them to the world.

That was the challenge faced by AirBridge networks when it was engaged by the Council.

“It was very much a greenfield whereby a lot of the population had no capacity to access any type of internet,” AirBridge Networks chief executive Doug Stephens told CRN.

AirBridge's task was to connect four cultural centres - hubs of history, data, art and artifacts of the Anindilyakwa people - across the three islands of the archipelago. The council had lobbied for connectivity across the region for more than a decade; the challenge seemed huge.

“For the purposes of delivery connectivity, fibre just wasn’t an option, terrestrial infrastructure wasn't an option, to undertake the rollout of something like that would run in the tens of millions of dollars,” Stephens said.

Stephens noted that the only infrastructure in place were some limited copper-based services, but large portions of the island were effectively without communication.

AirBridge Networks proposed and implemented a series of point-to-point and point-to-multipoint communication connections, which was designed to facilitate high-speed transmission of IP data over long distances.

In a year-long project, AirBridge used helicopters to build towers that rise to 40m, built roads to provide access to machinery, cleared ground with bulldozers and deployed drones with
sensitive mapping software that document terrain.

None of which was easy, not least because of the terrain and remote location, but a mixture of regulatory and cultural approvals had to be granted. Significant community engagement, indigenous elder consultations, numerous development approvals, and heritage building access were all challenges AirBridge had to overcome.

AirBridge said its staff became thoroughly enmeshed within the ALC business, displaying a genuine desire to deliver a good result through technology and bonding well with members of the council. AirBridge also sought accountability in keeping its use of contractors to a minimum, with procurement, configuration, and installation all performed by AirBridge staff.

“The only way we would have been successful was through the strong advocacy and friendship we built with the council,” Stephens said.

Powering the AirBridge network is a Telstra MPLS Fibre service which allows all remote sites to enjoy access to other national sites, IP Telephony, hosted security services and high-speed internet.

A solid partnership also saw the scale of the project shift as it was underway, with AirBridge noting that Telstra’s involvement helped scale the number of connected sites up from three to 21, and a final bill coming in at less than half of the initially quoted cost.

The hybrid AirBridge and Telstra fibre solution has delivered the kind connectivity that has never been experienced in this part of Australia, and that was previously thought of as too hard or too expensive to deliver. The Anindilyakwa Land Council’s network is expected to continue to expand as the council seeks to online more sites across the region.

AirBridge Networks is a finalist in the 'Network Evolution' category in the 2019 CRN Impact Awards. For a list of all finalists and further details on the awards, please head to the CRN Impact Awards hub. The awards take place during the CRN Pipeline conference. You can get more information and purchase tickets here.