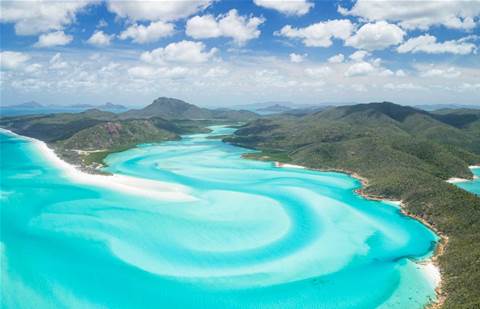 After the damaging effects of 2017’s tropical cyclone Debbie in Queensland, the Whitsunday Regional Council’s networks were compromised.

The cyclone did considerable damage to the council’s Main Street building in Proserpine, such that it was decommissioned. The building had served as one of the primary corporate buildings and had also been the local disaster coordination centre, a function that was shifted to Whitsunday Water Office in Proserpine in August 2018.

The displaced staff had moved into nearby council buildings or emergency temporary facilities that had old switching technology and a defunct radio network radio, factors that hampered the council’s ability to deliver regular services like telephony CCTV, VHF radio and public internet.

In the wake of the disaster and another cyclone season on the horizon, the council engaged AirBridge Networks to get them back to capacity. They sought emergency wireless links to the airport, water treatment plant and 20 other key sites across the region, which includes the townships of Airlie Beach, Bowen Cannonvale, Collinsville and Proserpine, with numerous rural and coastal communities and residential areas scattered throughout.

In conjunction with Telstra, AirBridge proposed a 5GHz connection to facilitate high-speed transmission of IP data across great distances, coupled with a monitoring and maintenance agreement. They were tasked with the design, supply installation and management of the network.

The network was designed to provide the Whitsunday Regional Council the same performance and capacity during business as usual operation while the region was in disaster management mode.

"One of our installation points was an old water tower that hadn’t seen an upgrade in over 50 years, including the ladder to gain access to the top of the tower. This presented a logistical problem which we solved with the hire of a crane and an operator.

"It should have been a fairly easy fix, however, the job was being performed around the Easter break and we discovered that Main Roads were restricting movement on the roads due to Easter traffic around this time and would not permit a 50-tonne crane on the road. Our schedule of jobs had to be quickly re-arranged to get the crane to site before the restrictions came into force."

Across four months from December to March, services critical to disaster recovery for the council, including telephony, public internet and VHF radio were established, starting with a single radio link and new network infrastructure, which quickly expanded to eight further sites over three communities.

In addition to Telstra, AirBridge worked with Cisco, Ubiquiti and APAC Infrastructure to get the work done.

“AirBridge Networks’ quick response and ability to find solutions to overcome some of the technical challenges with communications was exemplary,” said Lisa Stanley, Whitsunday Regional Council’s IT and communications project manager. “One of the key aspects of the success of this project was AirBridge’s ability to adapt and evolve throughout an event.”

AirBridge was also praised for its constant engagement with the council throughout the rollout.

“Airbridge Networks’ scoping and analysis of the project was first class, leaving us with no uncertainty with what the process and costs would be,” WRC’s manager for innovation and technology Scott Wilkinson said.

“The onsite assessment use of technology (drones) and subsequent delivery was outstanding. In a situation that was time sensitive, Airbridge Networks provided a service that was well thought out, well implemented and very well managed.”

AirBridge Networks is a finalist in the 'Network Evolution' category in the 2019 CRN Impact Awards. For a list of all finalists and further details on the awards, please head to the CRN Impact Awards hub. The awards take place during the CRN Pipeline conference. You can get more information and purchase tickets here.