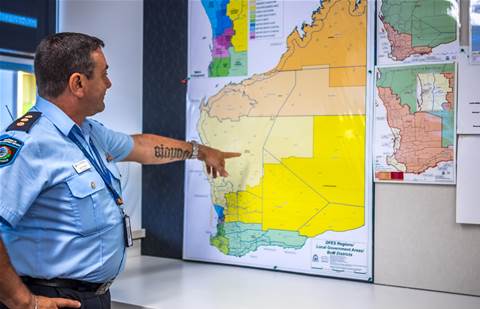 The 000 system is the main point of contact for citizens who require emergency assistance and was being “stretched to its limits” in times of high volume, such as during natural disasters.

The DFES looked to CCNA for a new flexible and adaptable system that would meet the very high requirements of the DFES, from the need for high quality and consistent connections to 99.999 percent uptime.

Not only did the new system need to reach this high bar, but it would need to be deployed without any interruption to service.

The risk for failure to deliver on these expectations was the lives of the people who may be trying to call through in the case of, for example, a house fire. If someone is unable to get through, it may be the difference between responding in time, and not.

To create a system that could support this, CCNA worked with a range of vendors.

Avaya’s IX Subscription (now OneCloud Subscription) model was used to deliver the 99.999% telephony solution for production. Avaya will also provide the digital channels as part of the next phase of the roadmap.

HPE delivered the highly redundant server and storage arrays with Nimble storage arrays were chosen for their ability to effectively manage large amounts of data (call recordings) over a long period of time.

eMite provided all real-time reporting, both on large size displays as well as agent desktop displays, customised to meet the individual requirements of the different staff.

All of the work was completed within 8 weeks to ensure it was rolled out prior to fire season when the system’s limits would be tested.

Not only was there no interruption to service during the implementation, but the system performed as promised through a cyclone and bushfires.

The DFES said the new phone system “certainly contributed to the fact that no lives were lost".

“The new phone system incorporates a call management system that ComCen has never had before and provides us with a range of data that can be used to make informed decisions,” said DEFS communications centre CSO Michelle Hoskin.

“The new phone system is contemporary and supports ComCen business practices, is more robust, reliable, and has fewer outages or failures. The Avaya phone system is user friendly, and AUX codes have been adapted to meet business needs.”