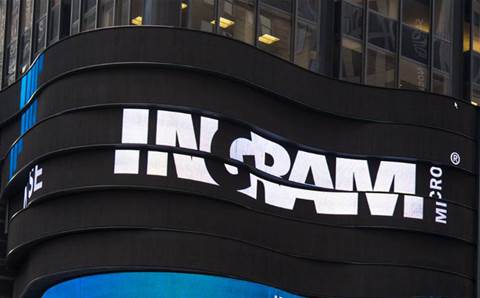 Ingram Micro has spilled the details on how well its 'Serving Up Awesomeness' campaign performed, which gave partners the chance to win a Tesla Model S, among other prizes.

The campaign, run in conjunction with Dell, saw the distributor offer up prizes to partners for selling products from vendor partner Dell EMC, and better chances at winning the more they sold.

For every $5000 spent with Ingram on Dell EMC kit between November 2017 and October 2018, partners would receive one ticket in the draw for a pool of monthly prizes like drones, Dell laptops and iPhones.

Once partners spent at least $50,000 in a six-month period, they would enter the draw to win a ski trip in New Zealand, plus another ticket for every subsequent $5000 spent after that. But once partners spent up to $100,000 during the 12-month promotion, they were eligible for the grand prize, a Tesla Model S, plus another ticket for spending another $5000.

Tickets for the two biggest prizes worked retroactively as well, so partners that spent $50,000 would receive 10 tickets for the ski trip prize.

The promo specifically targeted partners that had never previously considered offering Dell in their portfolio through side-campaigns like offering prizes for uploading a photo wearing the Ingram-Dell 'Stig' onesie available for free from the distie's website.

Dell said it was more than happy with the final expense of the campaign, and it's obvious why.

The campaign delivered 70 percent revenue growth year-on-year, significantly exceeding Ingram's expectations, growing Dell's revenue through Ingram by $30 million as a result. Dell also followed up the success by joining the Ingram LA campaign – a multivendor promotion that will send winning partners on a trip to Los Angeles.

The winner of the Tesla Model S, Computer Merchant's Norm Jefferies, was pretty happy with the campaign as well.

“We are very proud to partner with Ingram Micro. The Telsa Model S is great symbolism for Dell EMC’s innovative technologies. As a company, we have a strategy to embrace sustainability and green energy," Jefferies said.

"Both our office and the Tesla are powered by solar energy which is a great message to take to our customers and staff. The car is kept on premises and is available for our staff to use."

Ingram Micro is a finalist in the 'Distribution Performance' category in the 2019 CRN Impact Awards. For a list of all finalists and further details on the awards, please head to the CRN Impact Awards hub. The awards take place during the CRN Pipeline conference. You can get more information and purchase tickets here.