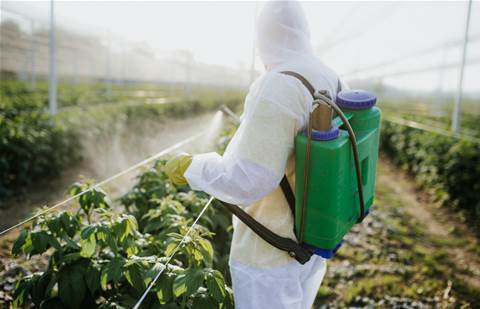 Melbourne-based managed services provider and Microsoft partner LAB3 has secured a spot in the 2021 CRN Impact Awards for its work with renewable energy and fuel company AgBioEn to help test crops using Azure and Internet of Things (IoT) technology.

LAB3, along with La Trobe University, was tapped to help run some on-farm trials with different crops under different conditions, using IoT sensors and devices to monitor crop health with telemetry and drone data held within Azure.

Some of the technology used to capture data include battery-powered soil probes for data on soil moisture, salinity and temperature; a solar-powered edge-base and weather station to capture data on wind, temperature, humidity, pressure, rainfall, radiation and photosynthetic efficiency; and multispectral imaging from drone flyovers to evaluate soil productivity and analyse plant health.

“LAB3’s great leadership and people-centric approach has been instrumental in defining the underlying technologies that will help AgBioEn get closer to achieving its vision for a net carbon zero future in Australia.”

Since the deployment in its maize fields in Katunga, Victoria, AgBioEn has reported crop improvements of around 30 percent, greater quality and quantity of agricultural waste and higher levels of carbon captured in the soil.

LAB3’s IoT devices captured some 500,000 data points in a single growth season in the process, including 70,000 multispectral drone images, 13,000 time lapse frames and 425,000 telemetry data points from the weather station and soil probes.

Following the trial, AgBioEn aims to run further trials over the next three to four years, aiming to pinpoint optical crop management and renewable fuel production.

LAB3 group chief operating officer Tanya Wilmore said, “LAB3 has paved new and unfamiliar territory in Agricultural IoT into something simple, affordable, and exciting. Our engagement with AgBioEn has now expanded to include further innovations as AgBioEn saw significant value in our partnership.”

“Our culture of speed, innovation and collaboration has played a big part in our success. Our combined efforts will help ensure Australia can respond quickly and flexibly to an increasingly digital and climate-friendly future.”