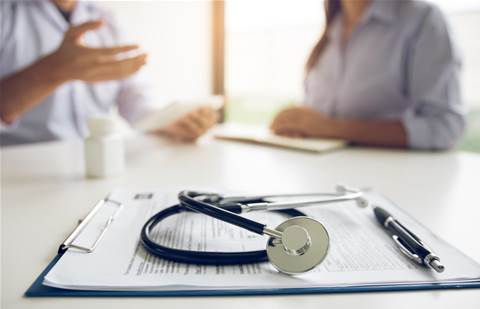 Logicalis Australia has earned a place in the 2021 CRN Impact Awards for its work with Melbourne-based healthcare provider StarHealth, jostling for top honours in the Network Evolution category.

StarHealth, a provider of primary care health services across Victoria, has tapped Logicalis Australia to overhaul its network, replacing an MPLS-based one with Cisco Meraki SD-WAN.

The company had been working with an unreliable and inflexible network built on on-premises infrastructure, whose technology stack had microwave links bouncing off old buildings and was only able to run apps from the Department of Health and Human Services on certain sites and not remotely. A site access failure, caused by an unexpected removal of a satellite dish from a roof, eventually prompted the upgrade.

Logicalis was tasked to roll out a new network with h carrier flexibility, local internet breakout at each centre, elevated security and flexibility and the ability to rapidly deploy new offices and sites.

Apart from Meraki SD-WAN, Logicalis also engaged TPG Wholesale for high-speed NBN fibre and telephony carriage services, as well as FusionPS for installing UPS infrastructure and electrical work. All three came together packaged as a monitored and managed service for StarHealth.

The project began in 2020 before COVID-19 arrived in Australia, and those involved had to adapt to lockdowns and working remotely. The original three-month timetable was extended to sixth months due to changes in network build locations and delivery schedules, but Logicalis said users were not disrupted in the process.

As the new network went live, StarHealth managed to set up a testing clinic in a COVID hotspot, the high-rise flats of Flemington, Melbourne. The company said it wouldn’t have been able to set it up in time with the old network.

“Logicalis has been StarHealth’s technology partner since 2015. Logicalis understands our business and working with them, we have implemented technologies that have fundamentally transformed how we now provide health services,” StarHealth ICT manager Mike Diamond said.

“Once seen as a hindrance to business development, our ICT is now a highly adaptable enabler to delivering quality health services to clients wherever they are located.”

Cisco Meraki ANZ channel manager Sam Lloyd-Green said, “Through the project, we’ve been thoroughly impressed in how Logicalis brought everything together – the technology, the carrier and consultation expertise in being able to assist the customer if/where required, which can range from integration, deployment, on-going management or whatever is needed to ensure a seamless experience for the customer.”

“Focusing on addressing the desired business outcomes at StarHealth, not over-complicating and providing a solution that simply works was the underpinning to the success in this project – and many others Cisco Meraki has worked with Logicalis across the region.”