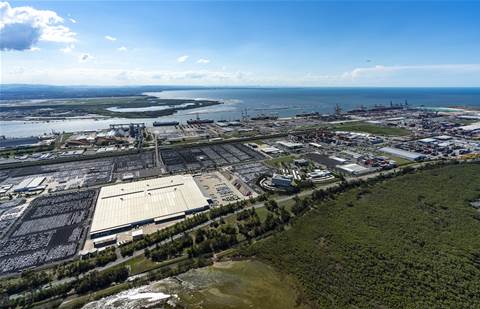 Brisbane-based IT services provider MOQdigital has nabbed a finalist spot in the Workforce Empowerment category of CRN’s 2021 Impact Awards by rolling out new software-defined network infrastructure for the Port of Brisbane.

The company that manages the port at the mouth of the Brisbane River had existing legacy network infrastructure that had reached its end-of-life.

It was no longer able to meet increasing demands on the system and was preventing the organisation from adopting emerging technology, like IoT solutions, according to the customer.

A lack of network visibility was putting the system at risk of cyber attacks and not meeting regulatory compliance standards, network management was manual and so prone to error, and there was little data available to inform how the network should be configured.

The ageing flat network had issues with instability due to reliance on layer 2 loop prevention protocols, limited scalability, and was not optimised for business application performance.

Port of Brisbane looked to MOQdigital to modernise its network infrastructure that would meet these requirements.

The network was bolstered with secure segmentation with onboarding capabilities for identifying and controlling connected devices, as well as micro-segmentation policies that control device communications within the virtual network.

This meant that there was a separation between corporate and guest devices, as well as IoT or other connected devices. Plus, it enabled service guarantees for critical business applications.

The new network infrastructure that was rolled out for Port of Brisbane is modern, adaptable, scalable, and secure.

Port of Brisbane head of technology Teresa Murphy said that not only was the solution exactly what they needed, but MOQdigital provided valuable guidance for its IT team.

“MOQdigital has helped build an enabling technology infrastructure for us in our journey to a modern cruise terminal for the modern world. The MOQdigital team were of the highest calibre. We were able to collaborate seamlessly with them. They provided the necessary leadership to drive the project forward. We were using complex technology, and they made it simple,” Murphy said.