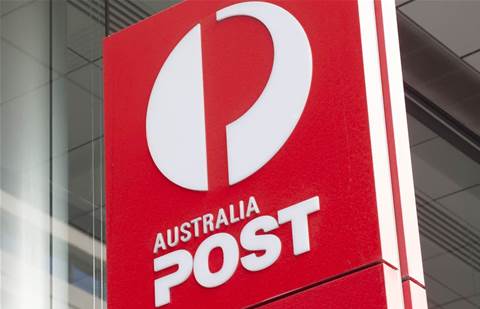 Brisbane communications reseller Comscentre, now part of Orro Group, has been named a finalist for the 2021 CRN Impact Awards under the Network Evolution category for its massive networking deal with Australia Post.

The 4000-site rollout of Cisco Meraki SD-WAN to upgrade AusPost’s networking infrastructure was touted as the “largest telecommunications transformation in the country”, connecting post offices, delivery centres and offices across Australian metropolitan, regional and remote areas.

The project aimed to speed up parcel processing and improve transaction performance for services like Bank@Post and passport applications.

The story below was published on 7 August 2019, with additional information from a follow-up story published on 8 September 2020:

The five-year deal includes the implementation of a Cisco Meraki SD-WAN and upgrading the networks of more than 4000 Australia Post sites.

“We are pleased to have Comscentre on board to help take our customer service and experience to a new level,” said Australia Post chief information officer John Cox. “Comscentre demonstrated a clear understanding of our vision for the future, and we look forward to expanding our capability with their expertise.”

Comscentre said its internally-developed One Touch Control (OTC) network management platform made its offering stand out, by combining multi-vendor and carrier connectivity into a single dashboard that monitors and reports on network performance, hardware health, carrier SLAs and best practice business processes.

The company said OTC gives AusPost a single pane of glass view of the whole network ecosystem as it expands and rolls out new services.

“The current telco market represents a ‘perfect storm’ for Comscentre given our agnostic approach to aggregating network services across all carriers coupled with 16 years of investment in the OTC platform,” Comscentre executive director Cameron Quilty said.

In 2015, Comscentre partnered with Brisbane MSP RIoT Solutions to roll out Cisco Meraki SD-WAN to Flight Centre, which the company claims was the largest rollout of its type at the time. The contract covered 1150 retail stores across Australia including Flight Centre, Escape Travel, Student Flights, Travel Associates and Cruiseabout.

The project reached the halfway point in September 2020 with 2000 connected sites, with Comscentre at the time saying the rollout was ahead of schedule, as well as standing up a number of data centres and completing a pilot program.
Comscentre executive director Cameron Quilty said the milestone is a particularly significant one for Comscentre.

“It represents the halfway point of what was, at commencement, the largest network deployment of its type in the world. More importantly though, it’s also this great validation of Australia Post’s decision to place their trust in Comscentre for such a significant project,” he said.

“It’s no secret that the market was shocked when we announced we’d won this project, so it was hugely important to us that we demonstrate why we were successful, why Australia Post chose us – and here we are, half way through transforming Australia’s largest retail network, ahead of schedule and delivering substantial benefits to one of Australia’s most recognisable and most trusted brands.”

AusPost CIO Munro Farmer said the milestone was testament to lots of hard work, and “even more impressive” given the logistical issues and constraints of a pandemic.

“This has been a big effort for all of the teams involved, both across Australia Post and Comscentre, and speeding the cycle time has helped us just as we’re moving quickly to support parcel volumes, allowing us to stand up services much more quickly than we were previously able to,” he said.

In a 13 September 2021 podcast episode from CRN sister site iTnews, Australia Post head of technology for network and infrastructure engineering Shane Hazim discussed the project in depth, specifically discussing the four streams of work in the telecommunications transformation, and where AusPost plans to move forward.