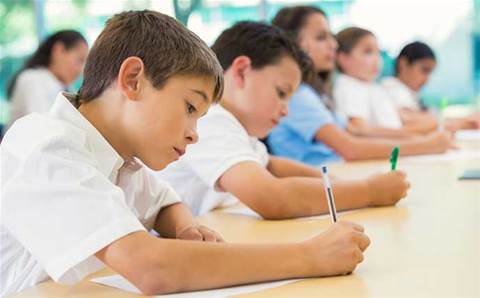 Gold Coast-based Coomera Anglican College has invested significantly in technology compared to other Queensland schools as it finds ways to enhance learning and engagement for students.

Aside from the usual tablets and laptops seen in most schools, teachers also employ tech like augmented reality equipment, robots and The Pod, a dedicated building housing a 360-degree image projection space called the Imaginarium.

However things got tricky in July 2018 when Coomera’s IT services manager Darryl Hall found the IT infrastructure was coming increasingly under pressure and could face costly downtime.

Brisbane-based Panther Data swooped in to install a backup system featuring Eaton uninterruptible power supplies (UPSes), which power servers in a blackout to allow enough time to shut down equipment during extended outages.

The company also brought in Eaton’s micro data centre solution to compensate for the IT infrastructure hosted in “suboptimal conditions”, while providing improved physical security and environmental controls.

“Initial discussions focused on a traditional UPS but quickly evolved when it was discovered that the some of the college’s server infrastructure was being hosted in a room that was being cooled by a split system air conditioning unit,” Panther Data said.

“Given sustainability and power conservation were important to the college, Panther Data recommended a solution that was consistent with the school’s aims.”

Panther said this was the first time in Australia that an Eaton micro data centre was deployed for an education client, as the college realised the solution would help save on costs by optimising air conditioning and providing other useful features.

Coomera’s power consumption costs went down 50 percent, with the micro data centre using a 0.9kW load for the air conditioning unit and all of the servers.

“The project means that over the next year, Coomera Anglican College can begin looking at ways to innovate and enhance the education experience further – with plans currently underway for a secondary future focused equivalent to The Pod,” Panther said.

“Technology and innovation are key elements of the project, which will build on the immersive learning investment made in the Imaginarium.”

Panther Data is a finalist in the 'Trusted Systems' category in the 2019 CRN Impact Awards. For a list of all finalists and further details on the awards, please head to the CRN Impact Awards hub. The awards take place during the CRN Pipeline conference. You can get more information and purchase tickets here.

Grow your software revenue by selling these 5 affordable, essential tools for the modern workplace
By Nico Arboleda
May 20 2019
11:11AM