CRN IMPACT Awards: Systima and Encoo take charity to the next level 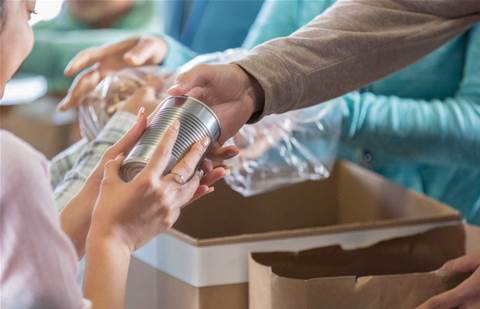 Not-for-profit work can be an uphill battle. Being able to support communities in need is tied to the ability to operate like a business in terms of maintaining staff and infrastructure while relying on donations to pay for it all.

Food charity SecondBite works with more than 1300 community food programs across Australia to redistribute rescued food to those in need, but the organisation saw its IT and network infrastructure was falling behind.

SecondBite was being held back by an ageing network, which hampered its ability to drive, donations, the distribution of food, and communications across the organisation. It was time for a change, and SecondBite looked to its IT partner Systima to conduct a national audit of its LAN and WAN infrastructure.

Systima identified the ways SecondBite could improve its network and partnered with Australian voice, data cloud and managed security wholesaler Encoo to design a cloud-based WAN and IT security solution.

The solution had four outcomes in mind: increase communication across the organisations capital city and regional sites; comply with major corporate donor rules and regulations, particularly with regard to security; create efficiencies in day-to-day operations through an improved network; allow for SecondBite to expand and change without worrying about IT limitations.

A device security management solution was also deployed for all fixed and mobile devices on the network, providing SecondBite with management and control.

SecondBite chief operations officer Janine Holloway said Systima had invested the time to understand the plans of the organisation and made real change.

“The changes implemented and future roadmap has created an environment which is closer to an enterprise and therefore allows SecondBite to pitch for bigger tenders while guaranteeing they meet the IT requirements,” she said.

“Current major donors have been able to see the professionalism in the organisation and it gives the opportunity to donate more while being confident in the delivery of their service. Staff culture has taken an amazing turn with excitement towards the upcoming projects and efficiencies being created through the use of intuitive thinking and implementation strategies.”

Those outcomes all go toward SecondBite being able to secure more food, deliver it to more people in need on an increasing basis.

"When Systima engages Encoo to assist them with servicing their clients it’s never about what can we deliver as quickly and as cheaply as possible; they engage us after they have undertaken a thorough review of their end clients environment and we collaborate together to work out the best way to solve a clients enquiry or issue," he said.

"Systima’s pragmatic approach gave them the ability them to provide a solution to SecondBite that addressed a raft of business concerns that go well beyond the telecommunications layer provide by Encoo.

"This solution-centric engagement has provided a rock solid and secure platform for SecondBite that allows them to concentrate on their day to day functions, and leave the ICT to a trusted and reliable extension of their business in Systima."

Systima and Encoo are finalists in the 'Working Together' category in the 2019 CRN Impact Awards. For a list of all finalists and further details on the awards, please head to the CRN Impact Awards hub. The awards take place during the CRN Pipeline conference. You can get more information and purchase tickets here.