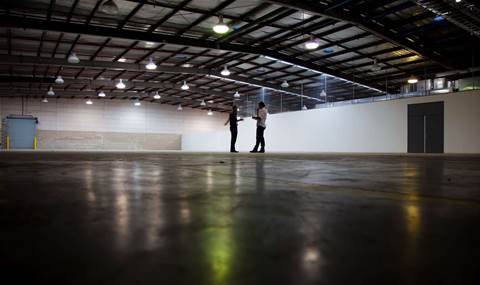 During tests conducted recently by the CRN Test Centre of Dell’s C6145 PowerEdge server, which packs two server nodes, 96 processor cores and 1 TB of memory into a single 2U cabinet, we began to think about how such server density might compare with cutbacks in a public transportation system. As more people cram into fewer buses and trains, each vehicle must consume more energy to bring commuters from point A to point B.

Aside from the obvious issues – longer lines, fewer seats and other problems that are borne by public transport users – increased energy consumption and its associated costs are often overlooked by the central planners.

The same thing can happen in the data centre in a number of ways, and can occur even if you’re paying close attention to the efficiency and power usage of devices that you’re deploying.

Fischer described a case study in which one company consolidated and virtualised the servers in its data centre by a ratio of about 20 to 1, which alone reduced power consumption cost by about 27 percent (see chart). “It’s interesting to note that their PUE went from 2.04 to 2.56,” said Fischer, referring to the power use efficiency (PUE) figure that results from dividing a facility’s total power usage by the energy used by just the IT equipment. Lower PUE numbers indicate higher efficiency.

“Their PUE declined because they had a higher ratio of wasted energy to the actual energy used by the IT equipment,” he said. After modernising some infrastructure equipment and right-sizing some others, the company brought its PUE down to 1.61. Google is considered an industry leader in data centre energy efficiency with a PUE of 1.21.

“After they went one step further to optimise the power and cooling with close-coupled systems, they were able to increase savings and efficiency much more.”

APC also offers fee-based tools that resellers might use to build a managed service practice. InfraStruxure Central is a CRN Test Centre-recommended product that

provides a graphical representation of a data centre, ready to populate or modify with the customer’s server, storage, power and cooling assets.

Capabilities of the centralised management tool include simplified planning of power distribution and hot- and cold-aisle isolation setup and management, monitoring and reporting of power consumption and efficiency, and implementation of what-if scenarios. An alerting engine permits warnings to be issued if levels reach critical thresholds.

Fischer spoke of the huge opportunities that exist for resellers with just a little specialised knowledge to answer the call of customers looking to right-size their data centres. “We’ve seen many customers surprised after virtualising that did not take data centre power usage into account.”

Resellers can use APC’s TradeOff Tools, he said, to measure the effects of virtualisation on a customer’s existing infrastructure and formulate a strategy for growth and efficiency.

On the front lines of integration with virtualisation is Eaton, whose impressive tools for power management are more tightly integrated with VMware than anything we’ve seen. The CRN Test Centre also recommends the company’s Intelligent Power Software Suite, which consists of Intelligent Power Manager and Intelligent Power Protector modules.

IPM monitors and manages Windows PCs and servers, as well as systems running VMware vcentre and Microsoft SCVMM. IPP takes care of shutting down systems following extended power outages and works with certain versions of Linux as well as VMware ESX, and ESXi and Windows Hyper-V.

IPM can be integrated into vcentre and “will kick off vMotion, so if there’s a power disturbance in the network, our software will

kick off that software for you and ensure that there’s no interruption” by automatically migrating any running virtual machines to a machine that’s not in distress,

said Curtiz Gangi, director of US channel sales for Eaton. “We’re also logging those events through vcentre on the server dashboard. We’re the only provider that’s actually part of the vSphere platform, and you can see our data right there in one viewing screen. It also permits graceful shutdown of ESX and ESXi and its virtual machines,” Gangi said.

We tested Eaton’s VMware plug-in and liked the convenient visibility it offered administrators, who have the ability to observe and manage power devices right through the vcentre Server console. Of course, the software also sends alerts and notifications of power events at user-specified levels. Other benefits of power management are to maximise and enhance system availability, simplify asset management, remote on/off control of connected devices, and the ability to perform power analysis and trending reports.

“Those are key to helping your customers manage their virtualised environments” or for providing those services for a fee."

Gangi also spoke of the power consumption as an afterthought, saying that it’s among the most overlooked characteristics of increased data centre density.

“The hidden risks related to power can be overloaded circuits, breakers tripping and a rise in power anomalies because we’re drawing too much from the power environment. We’re seeing real issues in deployment.”

“Not having a single point of failure on any critical infrastructure equipment is paramount to the success of those networks and their deployment of data centre and distributed networks,” he said.

According to IDC, world spending on servers, power and cooling is on the rise, and that trend has continued almost unabated since the mid-1990s. According to APC’s Fischer, an increasing percentage of that spending is going into power and cooling. “They’re not just throwing money at the problem; they’re looking for a systematic approach to managing data centre cooling and power usage,” he said.

This presents reseller opportunities not only for revamping a company’s entire data centre, but also to take steps toward consolidation, increased energy efficiency, higher capacity and better management as companies seek to decrease the resources necessary for infrastructure management.

Data centres are not limited only to the Fortune 500. “A common misnomer about data centre growth is that they’re always large,” said Fischer, who says that upward of 80 percent exist in the SMB. “This represents a huge opportunity for helping with changes, adding capacity segmenting the data centre,” and for the implementation of virtualisation and other new technologies.

“Customers are facing problems they never had before, and they’re not experts. So they’re looking for partners.”

As data centres continue to consolidate, the need for increased power and cooling will become apparent, either by accident or by design. Resellers stand to benefit from this trend either way.