Despite the cloud, there's plenty of money left in server ERP 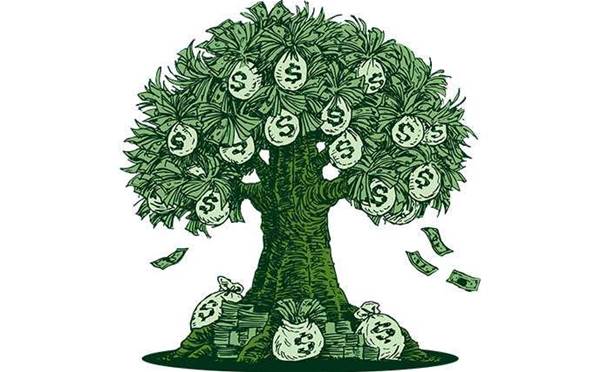 COMMENT  |  Demand remains high for server-based ERP and there is plenty of opportunity for vendors to maintain or even grow market share.

That’s the message from MYOB in the wake of its GreenTree acquisition earlier this year, a strategy which will reassure GreenTree partners and maximise the return on the purchase of the software itself.

In a previous column I said the GreenTree buy was mainly about acquiring customers, a position MYOB was quick to refute.

“When we bought the business, GreenTree had some nice tier 2 expertise, a good partner channel and install base. We thought we could also focus on growing GreenTree in its own right,” says Andrew Birch, MYOB’s general manager for industry solutions.

This strategy mirrors MYOB’s game plan for SME accounting software: build or buy a cloud option but don’t do anything too radical that might jeopardise the existing desktop software market.

GreenTree fills out the server-based range; it sits above Exo (tier 3) in capability and below only SAP and Oracle (tier 1). MYOB has also licensed and localised the acclaimed cloud ERP Accumatica under the MYOB Advanced brand, which spans tiers 2 and 3, says Birch.

It’s fascinating to hear how the market continues to ask for server-based ERP.

“We see very heavy demand for server-based solutions. We don’t think that will stop any time soon. We haven’t seen Exo sales drop off at all but Advanced has increased our market position,” says Birch.

“We want to get some growth into GreenTree and over time move to Advanced.”

GreenTree is following a roadmap to put some modules into the cloud but it’s really more about accessing the server solution than rebuilding it into a cloud-based ERP, Birch admits.

The first question the strategy immediately raises is: why is demand so strong for server software?

“Customers just feel server solutions are more secure, there’s more of those systems out there, it’s more traditional, and it’s just a slow change of the tide in that market segment,” says Birch.

GreenTree has some nuances in job costing and inventory management that make it more suitable in some situations than the younger MYOB Advanced product, Birch claims.

Yet it’s unclear how great those nuances are, especially given the very deep customisation available in Advanced. Could an expert Advanced partner match GreenTree feature for feature?

In fact, from the customer’s perspective, the biggest difference between the two is that one requires hardware and the other doesn’t, adds Birch.

“Sometimes they want to get rid of infrastructure and go with a cloud option, other times they have their own business reasons” for staying with server software.

I asked MYOB for a list of business reasons underlying recent sales of Exo over Advanced but hadn’t received any at the time of writing. There is one good reason midmarket companies might be attracted to Exo over Advanced. MYOB has added its bulletproof bank feed service, powered by acquisition BankLink, which automatically sends transactions daily from bank accounts.

The take-up rate among midmarket companies for bank feeds has been quite good, says Birch.

That gap will narrow as Advanced gets bank feeds sometime in 2017. The Advanced proposition will look even better when MYOB launches an integrated payroll  and ERP called Advanced People in early 2017.

It’s instructive that MYOB is still selling “a lot” of Exo even though Advanced “probably has more functionality”.

In my last column I argued that the GreenTree acquisition presented an enormous opportunity for MYOB Advanced partners. This recommendation still stands; and even more so for Exo users.

If two products are nearly identical in feature set, yet one requires tens of thousands of dollars in hardware purchases, set-up and maintenance, which would you choose?

Or, more pointedly, which is best for your customer?