Disrupting distribution in the Australian channel 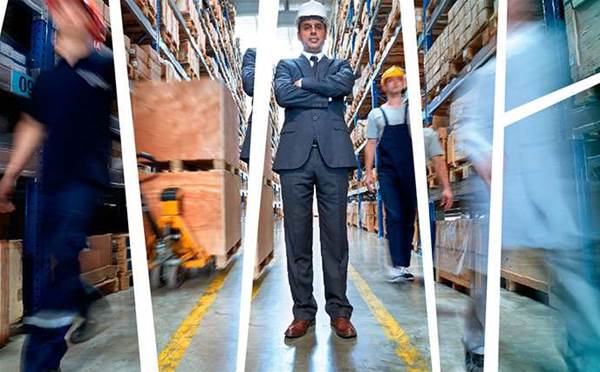 CRN recently spoke with groups of resellers in Sydney and Melbourne to discuss the role of distributors in the channel business. While the channel is varied and complex, a few key themes arose during the discussions.

Resellers told us they wanted to become more relevant to customers. They want to be strategic partners, not merely ‘order-takers’ who ship product. That requires changing their own businesses, as well as the vendors they deal with and the solutions they sell. All of them were looking to distributors to help them make the transition, just as their customers are looking to transform their businesses.

‘Digital transformation’ is a new buzzword for a long-running trend of using computerised systems to handle business processes. IT now underpins almost every business, so resellers should be a vital part of their customers’ vision for the future. A good distributor can help them get there.

For everyone involved in the channel, from vendor to distributor to reseller, consistency is king. Consistency – doing what you’ll say you’ll do, day after day – builds trust, the cornerstone of any healthy relationship. Being consistent seems easy, yet the channel can struggle here.

“The basics need to be done properly. Get us what we need, when we need it. Those distributors that do it well get our business. It’s as simple as that,” says Glenn Kennedy, chief executive of VTS IT, headquartered in Frenchs Forest, Sydney.

Resellers prefer constant, dependable distributors. Ones that supply quotes on time, every time. Ones with the stock resellers need. The ones that deliver when they say they will; distributors that keep their promises.

Several resellers had experienced distributors letting them down.

“I got a $40,000 bill from one customer because we didn’t implement on time because the distributor, as far as I can tell, outright lied to me about having the stock,” says Kennedy.

“That leaves a terrible taste in your mouth. When one does it to you, you become really gun-shy about dealing with others.” 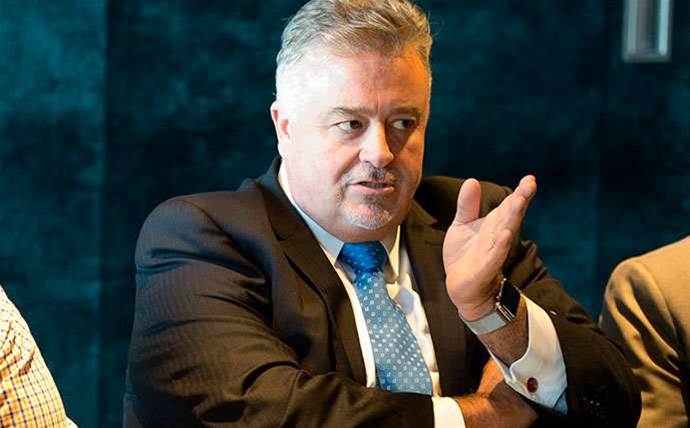 Legal contracts only help when the relationship is broken beyond repair. What keeps a healthy relationship going is consistent performance.

Consistency requires process, and process is boring. The people attracted to running channel businesses tend to be entrepreneurial types. Each day brings a new challenge and the thrill of being out there on the edge is part of what drives channel players to be great. And yet the thrill that entrepreneurs get from the unpredictable nature of the business is the enemy of being consistent. Boring is profitable.

“It’s incumbent on us to be consistent as well,” says Craig Somerville, founder of multi-state reseller Somerville Group, headquartered in Roseville, Sydney. “We can ask the vendors and disties to come in and run these programs, but it’s up to us to follow up and make something of them.”

The ability to use systems and processes to guide consistent performance is the hallmark of a successful reseller and distributor. A distributor can help provide consistency as a common interface to multiple vendors.

Distributors can also assist with providing recurring services resellers can sell to their customers, like regular security health-checks that show how many threats were mitigated.

“It gives you an opportunity to go back every month and talk about the good stuff you’ve done,” says Nick Verykios, chief executive of Arrow ECS Australia & New Zealand.

Reporting success is an important part of building trust with customers and demonstrating consistent performance. If you leave customers to only contact you when something breaks, you never get the chance to advise on upcoming opportunities or address arising issues.

“We really like vendors who use the distribution channel, because they’re a bit easier to trust,” says Micah Smith, principal consultant at Thomas Duryea Consulting, headquartered in Melbourne and now part of global IT group Logicalis. 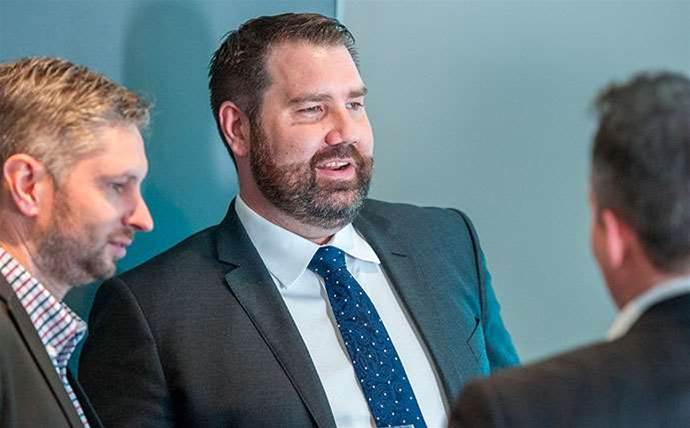 All of the resellers who spoke to CRN expected vendors to produce great technology. But what constitutes a great product?

“You never take on the first version,” he adds. “When a new product comes out, we’ll play with it internally, tinker with it. We’ll bring it out on the second release.”

Established vendors do work with particular resellers to gain insight about the market and what customers are really interested in, but are reliant on information passed back through distributors. It’s part of the advantage of a channel model, in that a vendor can use the leverage of resellers to sell their products at greater scale than the vendor could do by themselves, but it also means they’re somewhat removed from the reality of the day-to-day reseller experience.

“Vendors generally underestimate the difficulty and cost of taking on a new vendor as a systems integrator,” says Tony Hewood, VP and country manager for AGC Networks, a unified communications and networking-centric IT provider.

“I can’t afford to work with a vendor that asks me to certify in their product and then might work with me.”

Talk of business transformation is everywhere, and our resellers were right in the thick of it. Exactly what this means, however, is hard to pin down.

“Digital transformation is a great thing for CIOs and business people to talk about. The rest of us will produce the outcomes that the other people need,” says Somerville.

Customers are no longer as interested in C-level conversations about technology,  says VTS IT’s Glenn Kennedy.

“They say, ‘We employed you to solve the technical problem, here’s our business issue, now you use whatever technology is required’.”

“A lot of my job is to help IT have a voice back to the business,” says Sean Murphy, managing director of Nexus IT & Communications Solutions, based in the Sydney suburb of Paddington. “Let’s get a seat at the table and have a chat. Let me sit next to you and explain all the cool things you’ve done. Let me make you look like a hero.”

“It’s about our ability to connect IT to the business,” adds Murphy. “That’s why they hire me and not Joe Bloggs down the road.”

“A CIO can only manage five, maybe six, complex relationships,” says AGC’s Heywood. “If I’m not one of those five, then I’m not strategic. I want a distributor that can help me be more relevant at C-level.”

Rise of the robots

A key set of technologies driving change in IT departments centre on automation. Part of the automation story is about being more responsive to customers, think self-service portals and automated reporting, but it’s also about reducing costs.

Using these technologies effectively requires a big shift in mindset, which is something IT departments generally are struggling with.

“One of the biggest changes we’ve seen at a technical level with our engineers has been convincing them to fix things so that they never, ever break again,” says Kennedy. “I’ve had to change the mindset of the engineers to: ‘if that breaks again, I’ll be in big trouble’ because it costs me money. They’ve had to learn not to fix something ‘quickly’, but to fix it so it never breaks again, because that’s our profit margin.”

It’s the approach taken internally by cloud providers such as Amazon Web Services and Microsoft Azure, because fixing things manually doesn’t scale well and more and more IT departments are starting to realise the benefits of systems that don’t fail.

“One thing our staff are loving,” says Kennedy, “is that they don’t have to do the same boring stuff all the time. They get to work on new, interesting problems.”

As resellers change their own businesses to speak more in business terms than technical IT terms, distributors also need to adapt to the new reality.

“Distributors need to change,” says Victor Guerrero, head of sales and marketing at CustomTec, based in West Pennant, Sydney.

“They need to ask themselves, ‘What am I good at? What market do I want to be in?’.”

“Some are evolving from just being a product pusher and some are struggling with the concept of where they can add value. If they’re not doing it, they’re going to lose relevance very fast.”

It’s this ability to handle multiple vendor relationships on behalf of resellers and to understand the complexities of modern multi-vendor solutions that distributors really shine with.

“Customers are being direct-marketed to by vendors all the time,” says Thomas Duryea’s Smith. “They come to us and they ask about new things they’ve heard of.”

“But something that’s ‘new’ is only new for six, 12 or 18 months and then there’s something newer again. For us to stay up to date is difficult, so we lean into the distributors for help.”

One of the best ways for distributors to help their resellers to adapt to the new environment is to help them acquire customers who want to buy in the new way.

“The most significant event in the reseller’s life is when a distributor comes to you and says, ‘We think you’re the reseller that can successfully manage this customer’,” says AGC Networks’ Heywood. “New brand acquisition is the most cost-intensive activity in my business.”

A distributor that can grow its own revenues by helping its resellers to grow is a self-reinforcing process, and it does wonders in building trust and loyalty.

Ultimately, choosing the right distributor as a partner comes down to understanding the kind of business you have as a reseller and picking a distributor that aligns well with your business.

“There’s always been this argument for value versus volume,” says Arrow’s Verykios. “The technologies that you can make money out of, as a reseller, come down on the side of value.

Thomas Duryea’s Smith calls this the “commodity exhaust”. “We don’t want to be in there. Customers are doing it all themselves.”

“I want a distributor to be a facilitator of great conversations,” says AGC Networks’ Heywood. “If I’m trying to enter a new market, I want them to introduce me to someone who can help me in a non-competitive way.”

A valued partner in this world of complex, value-driven solutions will require a very different distributor than the stack-’em-high, sell-’em-low days of old.

"Customers want to own the outcome. If they know that after nine seconds the customer on their website abandons the [shopping] cart, and you help them get it down to eight seconds or under... if you talk to the person who’s going to get paid on results and tell them that, you’re going to get them." 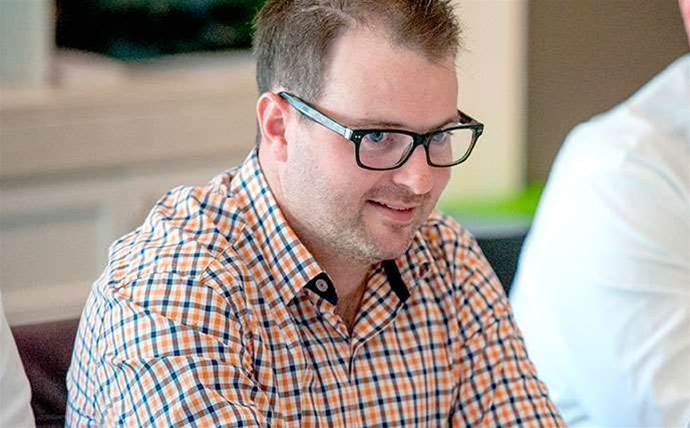