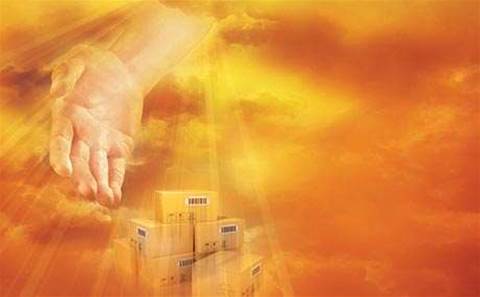 Cloud services have wreaked disruption across vertical industries and within the technology channel.

There’s a lot of brave talk from distributors about finding a path to safety, yet Darren Adams laughs aloud when he hears them talk about successful cloud strategies. “There’s a misconception in the Australian market in terms of how much [distributors] are selling and how much they’re making [from cloud services]”, says Adams, Australia and New Zealand general manager of Avnet Technology Solutions.

When it comes to cloud, distributors have often been long on vision but short on substance. It has taken a long time for a clear cloud distribution model to emerge, particularly for SMBs, and for good reason.

Early cloud vendors such as Salesforce.com and Google showed little interest in the conventional IT distribution model, preferring to sell to enterprises directly and adopting a light-touch approach to their own partners. And with precious little margin in cloud software to grease the wheels of the channel, it’s little wonder the transition has taken as long as it has.

Yet internet-based distribution of technology is the future. Servers, storage, even networking is all sold on a software-based consumption model. Witness the sharp decline in the profitability of hosting, one of the staples of the channel, which was savaged by the arrival of global giants such as Amazon Web Services.

Two years after AWS opened its Australian operations, a number of disties are introducing or ramping up their cloud portfolios. Although cloud distribution remains a sensitive topic, several were willing to share their plans for the future with CRN.

Avnet was one of the first distributors to commit itself to selling cloud services. The global distie launched a white-label infrastructure-as-a-service in 2012, which Australian resellers could sell under their own label.

Local boss Darren Adams is confident enough to volunteer revenue. “In Australia, every single month under contract, we have in the vicinity of three-quarters of a million dollars in billing. I don’t believe anyone is within coo-ee of that number.”

Avnet’s strategy is divided in two. It sells cloud services from its vendor partners in the same way it sells other products. For example, IBM Softlayer, HP Helion and even Amazon Web Services (Adams claims Avnet was one of the first disties to resell the latter). While resellers can buy these services direct from the vendor, Avnet provides billing in Australian dollars, monthly invoicing rather than consumption and project-based billing that shows where the money is being spent.

The second approach is to resell infrastructure-as-a-service (IaaS) and software-as-a-service (SaaS) bundles based on Avnet’s own infrastructure. Resellers can sell it under the Avnet brand or white label it. These bundles include high-value, high-availability disaster recovery and backup services that contain more margin than a cut-price AWS can offer.

The trick to running profitable cloud services is realising that a lot of customers want highly customised solutions, Adams says.

“If you go to Google or Amazon for your backup, they will give you a price per GB and no one can compete with that. However, if you want to restore a 100MB SQL database and want it done in 24 hours and not three weeks, then you’re going to come to us,” Adams says.

“That’s going quite well for us. From a price perspective, it is orders of magnitude [more expensive] than what you can get for a straight gigabyte with Amazon.”

Avnet’s backup-as-a-service, for example, includes an end-to-end service-level agreement and runs not over the internet but over a closed VPN. Customers want a specific SLA they can’t get from Amazon alone, one that is strong on support, availability and compliance. And the reseller retains the customer contract, not the vendor – a critical point for the channel.

Avnet also sells the same configuration and design services that it provides for its traditional hardware business. “The difference is it’s a cloud environment rather than a box sitting in a customer’s office. All of that design stuff doesn’t go away. What are the backup policies, the security, how does this stuff interface with the database?” Adams says.

Education remains a key angle. The distie helps resellers find other income streams in the transition to selling a greater percentage of cloud services. Because even though Avnet has a good whack of experience under its belt, the cloud channel is just not the same.

“There is one little trick to this. Cloud revenue doesn’t directly replace product revenue. This is one of the greatest challenges. It simply doesn’t – it’s a fraction. Over time I can see that developing but in the initial stage it doesn’t,” Adams says.

“If you once sold a company a $100,000 storage array, when you move to the cloud you won’t get $100,000. Certainly not upfront and not in the first year. The cloud doesn’t replace the big lumpy sales that the channel in Australia has dined out on for a long time. You have to build it and it takes a long time to build it,” Adams says.

One sign of how seriously Ingram is evolving for the cloud era is the fact that Danny Dainton, the new head of cloud and managed services, reports directly to Ingram HQ.

“We normally report to region and then global but in this instance I report direct to global. It’s a flatter reporting structure,” Dainton says, just three months into the role.

Ingram’s grand plan for the cloud is to become a “master services” provider or one-stop shop for cloud solutions. Resellers will choose to buy from Ingram for value-added services in support, migration, training and enablement, Dainton says.

How do these services differ from its traditional business? The services focus on fostering repeat business and helping resellers build scalable business models through training. For example, Ingram offers a migration service to Microsoft Office 365 through SkyKick. Ingram runs online training programs to show resellers how they can use it for their customers.

Ingram also has a consultancy service team to conduct on-site end customer training and enablement, or to provide advice for heavier data migrations.

The distributor’s support model gives resellers a single point of contact for multi-vendor IaaS and SaaS bundles. “If something goes wrong, they just make one phone call and it’s dealt with. It’s an instantaneous turnaround for enablement and billing is easier to reconcile,” Dainton says.

How exactly will Ingram make money as a master services provider from tighter margins on cloud software?

Dainton didn’t want to say for fear of giving up the game to competitors. However, hybrid solutions that tie cloud to on-premise systems are a key component. The idea that businesses can transfer all their technology to the cloud is not happening overnight, he says.

“It’s going to be a hybrid conversation,” Dainton says. “It helps the transition to a scalable business.”

Ingram rolled out version two of its cloud marketplace in the US in June but Australia won’t see it until the first half of next year. The distie invested in software virtualisation company Parallels to build a cloud aggregation platform that can aggregate billing into a single invoice, which a reseller can white label under their own brand.

The distie has serious competition. Cloud marketplaces are springing up everywhere; one of the most interesting SaaS players is New Zealand’s 9Spokes, just out of beta, which adds data integration and single-sign on.

Speaking to CRN Australia from the US, Ingram’s vice president of worldwide cloud computing, Renee Bergeron, says she is unconcerned. “We have seen marketplaces pop up around the world. We haven’t seen any of them get real traction. The reason they don’t is that they’re not a known quantity. Resellers want a partner they can trust; we are focused on the channel and we deliver solutions for the channel,” Bergeron says.

Westcon is only now launching its cloud group in Australia. Like most other disties, it already sells a mix of cloud services such as Cisco WebEx in its product lists alongside hardware and software. Westcon has managed to get better prices because it buys these cloud services on a global level, says Westcon’s cloud solutions director, Darryl Grauman.

Westcon has a second-tier strategy that it calls digital distribution, delivered via a “cloud broking” platform. Westcon built its marketplace on the platform created by US-based provider Verecloud – then in September it acquired Verecloud outright, securing the intellectual property. While Ingram’s cloud marketplace targets resellers, Westcon’s vetted cloud catalogue has been built for resellers to show to end users through a webstore.

This webstore displays combined licensing, consumption and billing for all cloud services, displayed in local currency. “There’s no need to put your credit card into 15 services and get 15 bills,” Grauman says. “The key is that the end user is going to buy it at the same or better rate than if they’d bought it from the cloud service provider themselves.”

Echoing sentiment made by large vendors, Grauman says Westcon needs to think of its business as being more like a telco. Instead of hitting quarterly sales targets, disties are chasing new metrics such as churn and average revenue per user (ARPU).

“When I present to my execs, I talk to them about mobile phones. How many mobile phones on a $20 data plan do you need to make a profit? How long will it take to sell that many phones? The conversation is changing from how many licences will you sell to what is your rate of subscriber acquisition and retention. It’s a very different way of measuring the business.”

“The margins are extremely low. Let’s not kid. We will help you with your product mix so your business can be sustainable while you build an annuity business alongside it,” Grauman says.

A new vendor for the cloud broking platform, OfficeBox by Cloud DC, started up with Westcon in October. The virtual desktop-as-a-service is built on the AWS stack for under $100 a user per month, which includes “a very decent margin” for resellers, says CEO Steve Robinson.

Robinson adds that he is very happy with the exclusive distribution deal with Westcon in Australia (joint with Cloud DC) and New Zealand. “It gives us feet on the ground. We’re a startup, so we have to be selective with resources. By having Westcon in New Zealand, we will have dedicated business development managers driving business opportunities for OfficeBox.”

NEXT: Distribution Central and Newlease