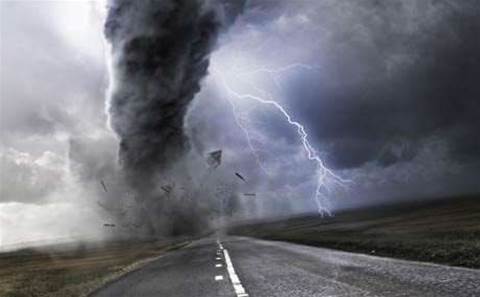 This has been one of the most exciting and rewarding chapters in my career, providing me with the unique opportunity to meet, understand and report on the true engine room of Australia’s digital economy.

Replacing me is Steven Kiernan, an award winning Australian journalist and editor. CRN digital editor Josh Gliddon is also moving on, to be replaced by young gun reporter Tony Ibrahim.

For the past five years CRN has consistently been led by some of the best technology and business journalists in Australia. With Steven and Tony now in charge I can say it’s a trend that very much remains. For my last feature as editor I look at the evolving disaster recovery space (and talk to vendors and partners about the disruptive impact of virtualisation and the cloud. It’s a source of frustration amongst vendors and the channel about the lack of attention to developing adequate DR strategies.

For most companies, the first big impetus comes from first-hand experience of a disaster. But with the rapid growth of heavily virtualised environments, businesses have an opportunity to get their DR plans in order for a fraction of the cost and effort.

Speaking of disaster recovery, Steve Ballmer’s announcement that he will retire as the CEO of Microsoft within the next 12 months had investors doing cartwheels down Wall Street. If Ballmer felt any hurt at the fact, it must surely have been softened by the $US1 billion jump in his personal wealth as the tech giant’s shares shot up nearly 10 percent. Andrew Birmingham’s health check of the PC industry (‘Disruption and renewal’ p42) offers some clues into how it all went so wrong for Microsoft. The famously laconic CEO of Oracle, Larry Ellison quipped while I was interviewing him for Fairfax in 1999 that “Bill Gates has managed to predict the past with reasonable accuracy.” With that in mind, perhaps Ballmer’s main failure was an inability to change the company’s DNA.

My interview recently with Distribution Central founder and arguably one of Australia’s most successful IT entrepreneurs, Scott Frew (Unplugged p66) reminded me both of what’s bad and what’s amazing about the local IT industry. Australia’s lack of a tech sector even remotely as interesting as Silicon Valley means there are limited option for those talented Australians. The upside is they often end up in the channel, making Australia’s systems integrators and distributors among the best in the world.