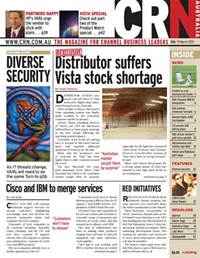 This article appeared in the 19 Mar 2007 issue of CRN magazine. 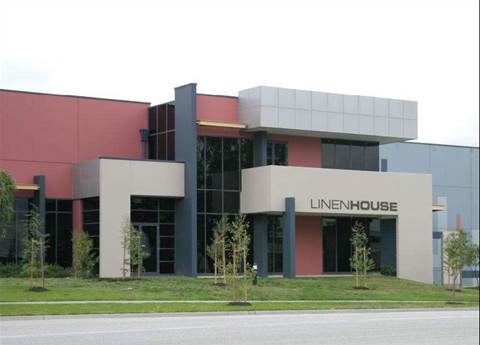 Melbourne-based house has grown into one of the largest wholesalers of bed linen and homewares in the Southern Hemisphere.

The company commenced operations in 1993 and now employs 80 staff, with subsidiaries in New Zealand and South Africa.

One of the things essential to the success of the business is the ability to have systems in place for swift and accurate order fulfillment and information flow. With the securing of major retail customers, this had become even more critical.

In addition, Linen House had acquired a reputation for industry-best customer service and distribution, which was likely to come under challenge from the IT systems that were in place.

Issues that arose from problems with the accuracy of its order and fulfillment also had an effect on cash flow and accounting procedures.

As a result, the company has undertaken the implementation of an integrated CRM system from Accpac, Sage and EDI using the services of integration partner enabling, formerly known as Online Business Systems.

Enabling, which specialises in the provision of integrated business software solutions, has offices in Melbourne, Sydney, Brisbane, Auckland, Wellington, Christchurch and Dunedin.

The first part of the system went live in Melbourne in November 2005. Linen House has since undertaken a second rollout to its subsidiary, Aura Lifestyle, in July last year.

Business challenges
Linen House originally managed its front office via an Epicor system and additional processes with other bolt-on systems, which made data integrity and information flow from one operation to another very cumbersome.

Linen House IT manager Tez Huseyin says that, before the implementation of the new CRM system, Linen House had been using several non-integrated applications to manage their business processes.

According to Enabling Services director Vinod Nathoo, the existence of so many non-integrated applications was having a profound effect on Linen House’s business processes.

“What this effectively meant was that personnel were required to import/export data from the applications into each other, which was time consuming as well as unreliable from an accuracy point of view,” Nathoo says.

As a consequence, allocating receipts with numerous transactions for major customers could take as long as five hours.

Reconciliation difficulties meant that GST BAS returns took a minimum of four hours, and balancing subsidiary ledgers to the general ledger could take up to a whole day. Even input of electronic orders was only a semi-automatic function that would take three to four hours.

Linen House director Mark Bartolozzi says the situation had become critical. “Quite simply, basic but essential business tasks were too cumbersome and this was affecting cash flow, service and strategic planning,” he says.

What Linen House therefore needed was a comprehensive business management solution that could support and synchronise all of its key operations, from order processing through to distribution, to invoicing and other customer communications. It also wanted more powerful reporting capabilities that could help it assess all operations and plan further expansion.

Enabling was given the task of integrating and managing all aspects of Linen House’s IT business onto one system.

“It was important to us that all business units communicated well with one another,” Huseyin says. “We also understood that one of the major benefits of owning such an integrated system would be far more accurate reporting and increased visibility of information.”

It was essential that any new system provide live information to the various company divisions and disparate workplaces.

Perhaps most importantly, a comprehensive new integrated solution would also have the added bonus of reducing errors resulting from long and complicated manual processing.

Linen House opted not to tender for the project but instead approached several solution providers and investigated the solutions and applications they offered. They were put onto Enabling through their external IT providers who had worked with them before.

During the application evaluation process, Nathoo says Linen House was introduced to Enabling through its existing hardware vendor. “Enabling demonstrated a commitment to understanding our business processes and being able to provide valuable input to operational change brought about by system change,” Bartolozzi says.

System preferences
Following a review of possible options, Linen House selected a 50-user Sage solution incorporating Accpac ERP, Sage CRM and Accpac Warehouse Management, along with an EDI management solution that enables electronic orders and invoicing to be exchanged via the major retailers to their exact standards.

It also purchased five years of Sage’s SupportPlus on all products.
Sage was the only vendor that could supply a truly integrated end-to-end solution, with no third-party software or communication required, at a realistic price point.

Following a six-month implementation, the system went live in Melbourne in November 2005. Such was the positive return of the system, it was subsequently rolled out to Aura Lifestyle in July 2006.

After an initial evaluation period of two months, the entire implementation, across 25 desktops, took six months. Nathoo says the biggest challenge from Enabling’s perspective was being able to install an integrated end-to-end system with automated processes that required minimal user input but produced accurate documentation and processes.

Labour cost savings
Huseyin says the entire implementation went relatively seamlessly, although there were still several business problems and challenges that arose from the implementation.

“With any implementation of this size there are always going to be unforeseen things that occur.
“We did our best to prepare for issues during the design and scoping stages and handled issues to the best of our abilities as they arose,” says Huseyin. Following the Sage installation, Linen House immediately experienced several major time and labour cost savings.

Key to this result, Linen House says, was the seamless flow of information through all of the Accpac modules, coupled with the quality task-flow enforced by the system, and the automated action alerts that ensure the system is operating within the means it was designed for. All this has led to operational efficiency and greater service levels throughout the entire organisation.

Smoother operation
According to Huseyin the implementation has meant fewer mistakes, better quality reporting and a solution that is easily scalable.

“Fully integrating CRM, warehousing, accounting, EDI and reporting means that we are running far more accurately and efficiently than before. As a result of having such an integrated system we now have far greater overall visibility of information in our business,” he says.

For example, now, when a new order comes into Linen House via EDI, the Accpac system imports the order and verifies pricing and stock availability. At the same time the warehouse has visibility of the order, enabling preparation of the picking process before the order has even been received by the warehouse.

Invoices and carton contents reports are automatically generated upon completion of each order being picked, along with the freight manifest, which is electronically forwarded to the transport company each evening.

Consequently, order entry for electronic orders has been reduced to 20 minutes.

This article appeared in the 19 Mar 2007 issue of CRN magazine. Subscribe now