Enter the CRN Fast50 in the tenth year of the awards! 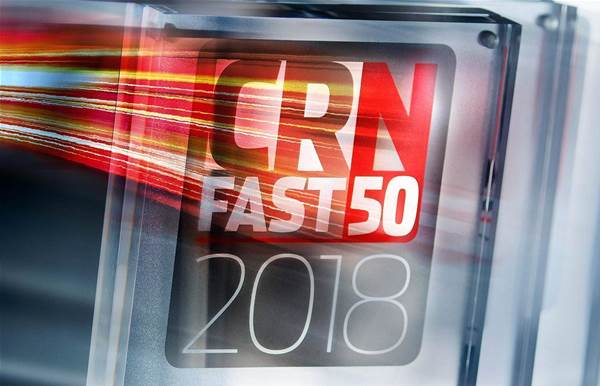 This year we mark a major milestone for the CRN Fast50: it is our tenth year of running the awards, and entries close this week!

Over a decade we have celebrated many of the Australian channel's top companies and unearthed the successful IT providers of tomorrow.

More than 300 channel partners have been part of the CRN Fast50 throughout its history, and delivered an aggregate $5.97 billion in revenue (let’s call it six billion dollars between friends).

The CRN Fast50 is the Australian IT industry's only awards that adheres to a strictly numbers-based formula – you've worked hard to grow your company, now get recognised for your business acumen.

Why do resellers, MSPs, system integrators and cloud providers continue to enter the awards? It's because of the benefits they receive as CRN Fast50 companies.

They get invited to the industry's most exclusive awards night, where they are held up and praised in front of Australia's top IT companies and get to mingle with the leading technology vendors and distributors that sponsor the awards. They get to share their success with their team, to let their people know they work for a dynamic company that is going places – and to position themselves as an employer of choice.

They get promoted across the CRN network: online, in print, across social media and throughout the year ahead. It's no secret that CRN Fast50 companies typically get more attention and more headlines once they become members of our most important club.

So make this your year to enter the CRN Fast50 before submissions close Friday 5 October - don't wait!

7 steps to MSP success: from pricing to specialisation
By Steven Kiernan
Oct 3 2018
10:00AM