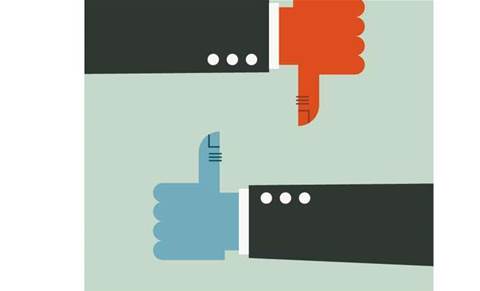 Customer service has to be every reseller’s strategy. Think of the number of customers who would leave when the service has not matched their expectations.

According to an international survey of consumers in 2009, commissioned by Alcatel-Lucent and Ovum, poor customer service in 16 major industrialised economies caused businesses to lose US$338.5 billion per year, when customers defected or abandoned their purchases as a direct result of poor customer experiences. The hardest hit industries across all countries surveyed were financial services, cable and satellite TV providers, and a variety of telecommunications companies. Companies that suffered this did not have customer service as a strategy. Studies show customers leave for a number of reasons. Many feel trapped in automated self-service. Other resent being forced to wait too long for service or having to repeat themselves. And then there are those encounters with representatives lacking skills to answer their inquiry.

Bad customer service has a flow-on effect. Disenchanted customers are likely to tell twice as many people about a bad experience with customer service than they do about a good one. The danger of negative word-of-mouth has been greatly amplified by the rating sites on the internet and the power of social networks.

Consider the case, for example, of British businessman Hasan Syed who was not happy with the way British Airways was dealing with his father’s lost baggage. Instead of putting out a regular tweet, Mr Syed paid for a promoted 140-character message that read “Don’t fly @BritishAirways. Their customer service is horrendous.”

Because Mr Syed paid for it, Twitter gave the tweet high prominence so it reached a broader audience. In a space of just six hours, it had over 25,000 impressions and was retweeted thousands of times. It was shared on Facebook, too. British Airways got the message and responded, asking Mr Syed to forward on his baggage claim issue.

Customer service should be part of every reseller’s strategy. Resellers have to make a decision: how much does the organisation’s financial wellbeing depend on the perceptions of service held by customers?

• Service reliability is just that: it has to be accurate and dependable. Customers need to know they are in safe hands.

• Service surprise is finding ways to make the customer say: “Wow, that was fantastic, I really wasn’t expecting this.” Often that comes down to 101 little things that stay in the customer’s mind. Nothing is too trivial.

• Service recovery is about regaining the customer’s confidence if the service was deficient or if there were problems. Research shows that customers are more forgiving when the company makes a sincere attempt to fix the problem.

• Service fairness is self-explanatory. The service has to be ethical. Customers should not walk away feeling ripped off. Customers expect to be treated fairly. They become angry and mistrustful if they’re not.

Not all bad service is about carelessness. Often, the real culprit might be an overly complicated system that would inevitably be failure prone. Any customer service strategy requires systems that are simple and user friendly.

Much of this depends on the personality of the reseller. Is the reseller social and gregarious, or are they creative and analytical? The strategy also has to address all the customer needs, exploit the weakness of competitors and fit the company’s capabilities and potential.

Social and gregarious types could put a system in place that makes customers feel and know they are special. One way of doing that is through high-tech solutions such as CRM, ticket tracking and self-help options on the website as well as low-tech solutions such as a filing system or simple data base. Social media through Facebook, Twitter and LinkedIn also provide ways of connecting with customers.

Analytical types are more likely to look at each solution and see how it works. They are more behind-the-scenes people.

One strategy used by companies like Apple and in Australia, Kogan Electronics, is to make sure their staff know the product. They have to be experts, people the customer can rely on. They know that when everyone in the company can act as support, customers will get their questions answered promptly. Saving these customers a call to the help desk will keep them happy.

Resellers who don’t make customer service part of their strategy will find it will cost them both money and reputation.